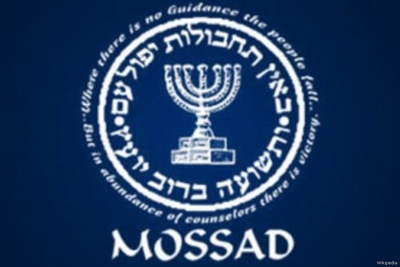 Denmark's security authorities foiled several jihadist terrorist attacks earlier this month after arresting 20 suspects in raids throughout the country. That same week, two brothers were sentenced to long prison terms in Australia after planning to down a commercial airplane on behalf of the Islamic State group in 2017. These developments point to a rising trend in thwarted jihadist terror plots.

But the two cases also share another commonality: Israel's intelligence services reportedly played an integral role in stifling the mass-casualty plots. Denmark and Australia join a long list of countries that relied on Israeli intelligence to prevent serious violence around the world.

According to Israel's Channel 12 news, information from Israel's Mossad foreign intelligence service helped Danish authorities prevent attacks shortly before they were to be executed. Prosecutors allege that two of the suspects tried to purchase guns and ammunition "to be used in connection with one or several terror attacks in Denmark or abroad." The Copenhagen City Court also ordered two other suspects remain imprisoned for allegedly attempting to build several explosive devices.

The relative threat posed by various terrorist actors can be skewed if analysts only look at realized attacks. Europol reports consistently show that European separatists conduct more attacks than jihadists on the continent. But these assessments misrepresent the fact that the jihadist threat is transnational, not inherently localized like separatist movements, and are more likely to generate more fatalities.

The Israeli military's signals intelligence unit, 8200, was credited last year for intercepting communication from a senior Islamic State figure. The unit then provided vital information to Australian authorities that identified operatives planning to smuggle an explosive device onboard a plane leaving from Sydney. The terrorists were detained before reaching airport security.

Policymakers and observers need to better incorporate foiled plots into their analyses to produce more accurate threat assessments. Last year, for example, jihadist terrorist attacks declined by roughly 50 percent in Europe following significant spikes in attacks the previous two years. Based on this data, some observers started to believe that the Islamic State threat was eroding in Europe. But by including foiled jihadist plots, overall terrorist activity in 2018 was actually higher than any year before 2015, including the 2000s, when al-Qaida struck Europe in several high-profile attacks.

Reports that cite broader terrorist plots do not distinguish among different types of plot stages or potential devastation. But Israel's intelligence helped disrupt major attacks in their final execution phase – as the cases in Denmark and Australia show.

Israel does not only help foil jihadist terror attacks abroad. The Jewish state assists its partners in disrupting several high-profile Iranian terrorist attacks worldwide as well. In October 2018, Mossad reportedly tipped Danish authorities off to a plan to assassinate an Iranian separatist leader in Denmark. In June 2018, European security authorities, based on Israeli intelligence, foiled a terrorist plot orchestrated by an Iranian diplomat allegedly planting to detonate an explosive device at an anti-Iranian regime protest in France.

Iran is cultivating a vast network of terrorist and intelligence operatives across Europe to strike dissident Iranians, rival Arab leaders, and Israeli or Jewish targets. Whether countering the Islamic State or the Islamic Republic of Iran, Israel's domestic and foreign security services work diligently to combat the spread of terrorism around the globe.