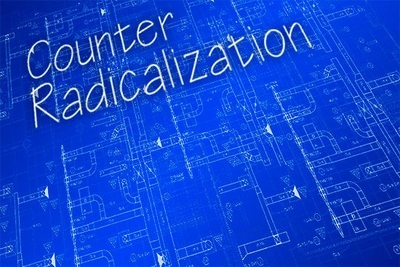 Western governments appear to have finally accepted the reality that a new front on the Islamist war has opened up and it's in our own backyards. It is all too easy for al-Qaida, or ISIS, or whatever new Islamist group, to publish propaganda to incite radicalized or radically prone young Muslims living in the West, and to hand them chillingly accurate information to "build bombs in your mother's kitchen."

These young recruits are being recruited to kill soldiers, police and civilians in their own countries rather than attempting to travel to join the Islamist slaughter abroad. And while there has been some success in suppressing the capabilities of international Islamist networks and in military action against the ISIS "caliphate," domestic terrorist attacks throughout the West show that the threat has not gone away or even been diminished. And that means our approach must also evolve.

We must acknowledge that this threat comes from people and groups who have an unyielding belief that their version of Islam calls for the submission of the world to its dictates, and that killing those who oppose or resist this is not only permissible but obligatory..

Equally, while the Islamist ideology may prey on and exploit persons with mental illness, they are yelling Allahu Ahkbar and not "Sigmund Freud" when they detonate the suicide bombs or murder innocent civilians with knives, guns or trucks. The extremist religious motivation is the key to understanding their actions and in developing a strategy to help prevent the radicalization that leads to it.

Second, this "religious" motivation must be acknowledged by our official entities and the larger Muslim community within Western societies who want nothing to do with it and who reject its goals. For them, Islam may be a religion of peace that forbids killing of innocent civilians, but for others, their version of Islam commands it. There are clearly different conclusions being reached, but the good guys and the bad guys are reading from the same book, and acknowledging this fact is essential if we're going to be successful. Candor, however uncomfortable, is a better long-term strategy than forcing security and law enforcement agencies to twist themselves into pretzels at each new incident to avoid offending anyone.

It is also critical to recognize that the domestic terrorist pool is comprised of people who, through different processes, have been indoctrinated into the Islamist extremist ideology that includes committing murderous acts of terrorism. This must be the starting point of the counter-radicalization strategy. Simply focusing on "de-radicalizing" extremists does nothing to stop someone from heading down that path in the first place. Similarly, limiting intervention to those espousing extremist beliefs and violent intentions assumes an ability to foretell actions that is simply unrealistic. While not all Islamic extremists are terrorists, all Islamist terrorists ascribe to the extremist version of Islam. It only makes sense to start where the terrorism motivation originates.

We also must acknowledge that the Islamist strategy includes establishing a "global Caliphate." This vision is not limited to the overt savagery wrought on Muslims and non-Muslims alike, but also includes the murky Islamist political efforts of the Muslim Brotherhood and its spidery network of seemingly benign organizations. Their intent, in their own words, is "destroying the Western civilization from within and 'sabotaging' its miserable house by their hands and the hands of the believers so that it is eliminated and God's religion is made victorious over all other religions." One other quote worth keeping in mind is the official motto of the Muslim Brotherhood which says it all:

"God is our goal, Quran is our Constitution, the Prophet is our leader, struggle [jihad] is our way, and death in the service of God is the loftiest of our wishes."

Lest there be anyone who still doubts the existence and clear purpose of this long-term strategy, let me suggest you read the materials in the Holy Land Foundation terror financing case or the compelling 2011 book, The Grand Jihad by former federal prosecutor Andrew McCarthy.

It is also important to understand that for the Muslim Brotherhood network of groups, "war is deception." Lying to the kuffar (non-believers) is fully authorized by the Quran through the doctrine known as taqiyya.

Domestic Islamist inspired terrorism incidents in the West (and elsewhere) are getting worse. What's more, there is clear evidence that significant numbers of their Western citizens have travelled to the Middle East to pursue murderous Islamist jihad, and increasing numbers of them are finding ways to return "home."

While some cases have involved people who received training abroad, most of these cases involve radicalization that took place in Western societies including Canada and the United States. That's a chilling reality that must be acknowledged including determining how it took place and who was involved. That hard truth was summed up by a parent of one of the young Toronto 18 would-be terrorists when he warned, "They're stealing our kids." It's time we started focusing on who "they" are.

While there has been significant work done on analyzing the general psychological profile of persons vulnerable to such radicalization, very few concrete measures have been taken to identify and then proactively target the means by which such radicalization occurs.

What follows, therefore, are specific action item suggestions to confront and defeat this newest security threat.

1/ Ensure there is a clear and official awareness of the threat of extremist Islamism and domestic radicalization, and an understanding of the supportive Muslim Brotherhood's long-term goals.

3/ Identify all Wahabbi/Saudi/Salafist linked funding of mosques and learning centers and Islamic organizations with a consideration of prohibiting it.

This issue has already been the subject of some media reporting and given the charitable or non-profit status of such organizations, the required information should be available. What's required is personified by the mission statement of the Investigative Project on Terrorism: Investigate, Analyze, Expose.

Outreach to the Islamic community is a critical component of preventing radicalization, but it must be conducted on an informed basis so that the people included are not pursuing a contrary agenda. Authorities engaging in outreach activities must conduct sufficient background analysis to ensure that liaisons are established with persons genuinely seeking to prevent Islamist radicalization rather than with self-appointed "leaders" of the community whose views (public and private) are not representative of the communities they claim to represent. The goal is to both detect and assist people at risk of radicalization (and their families) and to help rehabilitate people who have been radicalized.

Successful integration into Western multicultural society is likely the best protection against radicalization, and thus efforts to promote it should be recognized and supported. Conversely, deliberate efforts by mosques, learning centers or Islamic organizations to promote segregation of Muslims away from the larger community should be recognized as cause for concern.

Use existing hate speech laws, which prohibit promoting hatred against groups based on religion, gender or other defined factors, for unlawful conduct that is part of Islamist radicalization. Also, use the full spectrum of civil regulatory tools to try to prevent publicly regulated facilities from being used to promote radicalization or activities which are contrary to defined Western societal values. This strategy of "using all the tools in the toolbox" will be controversial but will also likely expose such anti-social practices to the light of day, which is a good thing.

These statutes could be amended to modernize inadmissibility or acquired citizenship revocation criteria to people who actively advocate or promote cultural, religious or racial intolerance, gender inequality or the elimination of any of secular democracy, individual liberty or the rule of secular law. It's time we recognize that we do have a "culture" and it's worth protecting and preserving.

Self-radicalization, aided by jihadi websites, is a reality facing intelligence and law enforcement personnel. While monitoring such sites is obviously a useful tactic, at some point the harm in allowing the glorification and recruitment outweighs the benefit of monitoring this activity. Deploying a proactive offensive cyber attack strategy to melt down the bad guys' cyber and social media capabilities is worth considering.

Children living in Western societies should receive the full benefit of our laws that are explicitly designed to protect them from harm, including anti-social indoctrination or abuse from their parents in the name of extremist Islam. This could provide refuge for victims of "honor violence," like the murdered Aqsa Parvez and the Shafia sisters in Canada. These kids deserved better and we should ensure that such abuse does not continue because of a politically correct aversion to confronting the truth.

Western countries face an unprecedented threat to domestic security through the radicalization of persons to a nihilistic Islamist ideology, where death is a preferred tactic to discussion. These suggestions will legitimately generate controversy precisely because they go to the core of the threat, which is violence predicated on religious beliefs. It is clearly a difficult challenge, but one that must be undertaken with truth and candor as our guides.

This article is an update of the author's previous columns for Front Line Security magazine and the Macdonald Laurier Institute.

Scott Newark is a former Alberta Crown Prosecutor who has also served as Executive Officer of the Canadian Police Association, Vice Chair of the Ontario Office for Victims of Crime, Director of Operations to the Washington D.C.-based Investigative Project on Terrorism and as a Security Policy Advisor to the Governments of Ontario and Canada.