Update: Samirah was elected with 60 percent of the vote. 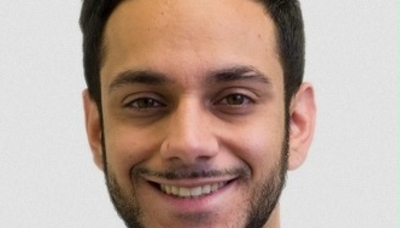 A Virginia General Assembly candidate has apologized for past social media posts excoriating Jews and Israel. But Ibraheem Samirah continues to shade his involvement with groups which would like to see Israel eliminated, a sentiment that was prominent in his life.

In a Feb. 8 apology, Samirah, the Democratic nominee for Virginia's 86th House of Delegates district, expressed remorse for his "ill-chosen words" that "added pain to the Jewish community." A special election in Samirah's race will be held Tuesday.

Samirah dismissed the widespread condemnation of his posts as a "slander campaign" that "is using 5-year-old Facebook posts from my impassioned college days, posts that upon reflection and with the of [sic] blessing of time, I sincerely regret and apologize for."

The posts, first published Feb. 7 by Big League Politics, claimed that sending money to Israel was "worse" than sending money to the Ku Klux Klan and wishing that former Israeli Prime Minister Ariel Sharon would burn in hell.

"Ariel Sharon, burn. Burn a million times for every innocent soul you killed. Hell is excited to have you," Samirah wrote after Sharon died in 2014.

To show he's not an anti-Semite, Samirah's apology mentioned that he is a co-founder of American University's Jewish Voice for Peace (JVP) chapter. But JVP is a rabidly anti-Israel group that championed the case of a convicted Palestinian terrorist.

Samirah's campus activism also includes work with the virulently anti-Israel Students for Justice in Palestine (SJP). The SJP is a radical student organization active on approximately 200 U.S. college campuses. Since its establishment in 2010, SJP chapters have campaigned for divestment from Israel, which it smears as an apartheid state, and accuses of ethnic cleansing.

Samirah has supported the Boycott, Divestment, Sanctions (BDS) campaign targeting Israel and was the listed contact person in a 2016 JVP campaign "calling for local and state governments to end contracts with Hewlett-Packard (HP)" because of the company's work in Israel.

The BDS movement describes itself as "a Palestinian-led movement for freedom, justice, and equality" that uses a strategy of boycotts, divestment, and sanctions to challenge "international support for Israeli apartheid and settler-colonialism." But it is considered inherently anti-Semitic because many of its advocates have called for Israel's destruction and because it singles out the world's only Jewish state while ignoring human rights abuses of far greater magnitude in other countries, especially in Muslim-majority states.

Samirah, who was born in Chicago and calls himself a "second generation Palestinian refugee," has described the significant role his father has played in shaping his views. The family had to leave the United States when he was a child after his father was "was seen as a security threat for being Muslim and an activist," Samirah said in an April 2017 interview with a Boston University publication

His father was merely "registering Muslim Americans to vote and lobbying politicians for Muslim needs" but because of rising Islamophobia after 9/11, he "was informed he was a threat to national security," Samirah said.

In fact, Sabri Ibrahim Samirah (also known as Sabri Ibrahim) was a senior leader of a now-defunct Hamas network in the U.S. called the "Palestine Committee."

The "Palestine Committee" was created by the Muslim Brotherhood to support Hamas politically and financially in the United States. Sabri Ibrahim, was chairman of the Palestine Committee's main propaganda arm, the Islamic Association for Palestine (IAP). He served on the board of the American Muslim Society (AMS), which was another name for the IAP, from at least 1993-2002.

The IAP issued Hamas press releases and communiques and published the Hamas charter, which called for Israel's destruction and the murder of Jews. It also sponsored annual conventions and other events that included senior Hamas leaders as speakers.

In 1996 testimony before the United States Senate Foreign Relations' Subcommittee on the Near East and South Asia, Investigative Project on Terrorism Executive Director Steven Emerson noted that Sabri Ibrahim hosted the IAP-sponsored "Jerusalem Festival" two years earlier in Chicago. The event celebrated the "eighth year of the [Palestinian] Intifada." A bazaar featured radical pro-Hamas publications and the main auditorium played songs of revolution and speeches by the Hamas leadership in the United States and overseas.

"In Chicago ... which we will permit ourselves to call the Muslim capital of America," Ibrahim said in a speech, "... and in the shadows of the memory of the martyrs who gave their blood for Palestine ... and in the passage of six years' imprisonment of the Sheikh of the intifadah, Ahmed Yassin [the founder of Hamas who had been imprisoned for directing the kidnapping and killing of Israeli soldiers] in almost the second year following the arrest of a member of our own community, Muhammad Salah ... we the Islamic Association for Palestine send them a deeply felt greeting, and to ... the mujahideen ... all of you have gathered here today."

Sabri Ibrahim also led several summer retreats for local Muslim children. In one such retreat – captured on videotape – the children, several wearing T-shirts with American basketball team insignias, sat around a campfire singing Arabic chants praising Hamas leader Ahmed Yasin, jihad and armed struggle against the Jews. "With daggers in our hands we burst forth to strike ... (against) our enemies," one chant said. Another stanza listed the names of Hamas heroes Ahmed Yasin, Abdullah Azzam, and Iz ad-Din al-Qassam. The Hamas military wing is named after al-Qassam.

"We are ready to sacrifice all we have for Palestine. Long Live Palestine," he said at an April 2014 American Muslims for Palestine (AMP) conference. The IPT first identified at least five AMP officials and speakers who worked in the Hamas-supporting Palestine Committee. "We have a mission here [in the U.S.] also to support the struggle of our people back there in order to achieve a free land in the Muslim world, without dictators and without corruption."

Ibraheem Samirah's apology was vague and stands amid a lifetime immersed in intense anti-Israel sentiment. If he hopes to ever be a genuine representative of the people, he needs to explain exactly how his thinking has changed.