Information Not Used is Useless 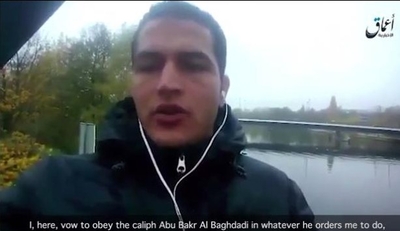 Last week's terrorist attack in Berlin by radical Islamist Anis Amri is flooding media outlets with continued questions about what authorities knew and when they knew it.

Amri was on German security radar, and his asylum claim was rejected over concerns he was radicalized, but somehow he managed to stay free and make a video pledging allegiance to ISIS before he crashed a truck into a Berlin Christmas market, killing at least 12 and injuring many more.

The search for answers to prevent it from happening again requires solid data from reliable sources. We are consumed with obtaining the facts. As the layers of this case are peeled back and the process of drilling down on the facts of Amri's life occurs, we find more and more of what was already known, and we ask, did authorities miss something?

Anis Amri was an illegal immigrant from Italy, originally from Tunisia. He was disenfranchised and isolated from his family. He had a prior propensity to violent behavior, with prior arrests for assault. He had a history of petty criminal behavior and spent time in prison. He was radicalized while incarcerated. He was previously known to Counter Terrorism authorities and was on a watch list. His method of attack has been sanctioned and encouraged by ISIS.

We've heard these descriptions before. The Charlie Hebdo terrorist attack, the Paris/Brussels attacks, the Toulouse shootings in France, the Orlando nightclub attack, the Chelsea bombing, unfortunately the list goes on. The vast majority of the most recent vicious attacks carried out in the name of Islam against society share some of the same indicators. If the information was there, then what went wrong?

We live in a time that has been dubbed the information age, where enormous amounts of data flow freely over the internet and other media outlets. And yet I'm reminded of a line from a 1965 Rolling Stones' song:

"And the man comes on the radio

He's tellin' me more and more

About some useless information"

What exactly is useless information?

We get up in the morning and listen to the traffic report so we know the best way to travel to work and how to avoid traffic jams. We listen to the weather report to determine how to dress appropriately for conditions like rain or snow. If we listen to those reports and then don't apply the information, we put ourselves in an uncomfortable situation with predictable consequences. In the arena of counter terrorism, however, that neglect can be deadly.

Information that is obtained and not used (in a timely fashion) is useless.

We learned this lesson the hard way after Sept. 11. The 9/11 Commission described incidents of "missed opportunities" and detailed one of the reasons being the failure to share information between agencies. Another was the inability to collect and analyze data (information). New intelligence gathering systems necessary to fight terrorism were designed and put in place. Still radical Islamists are able to carry out isolated incidents of terror. Why?

The information was there prior to the Berlin incident. It was shared. And yet the attack still occurred. What was lacking was resolve. Amri should have been deported immediately after his first arrest in Italy for two separate incidents of arson. He was sentenced to prison for four years. While in the Palermo prison in 2014 he had a fight with his cellmate,who was a Christian, and attempted to cut his head off.

When he was released from prison, Italian authorities tried to send Amri back to Tunisia and failed. He was then allowed to migrate to Germany because of its lenient immigration policies. German officials tried to deport him but again were thwarted by the Tunisian government's refusal to accept him.

Following that, he was again released from jail and allowed to move about the country. Surveillance was suspended and Amri carried out the attack. Law enforcement officials tell us they lack the resources to track every terror suspect every hour of every day.

The European Union's dilemma since the migration of millions from war-torn areas of the Middle East pits compassionate open borders versus national security.

The United States is looking at a similar situation. Two critical components must be in place before we open our doors. The entry vetting process must be exhaustive, and the deportation process must have a backbone fortified with the resolve to send back illegal aliens who are arrested for crimes committed while here.

There must also be a deep resolve to take the battle to radical Islamic groups like ISIS and al-Qaida.

Absent those requirements, all the information in the world will not prevent another Islamist terrorist attack from happening here or in Europe.