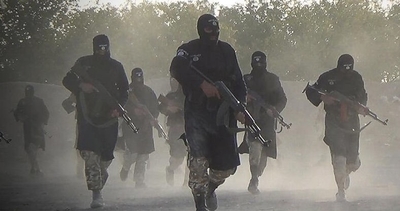 Most terrorism analyses focus on the deadliest and mature terrorist groups, such as the Islamic State (ISIS), Hizballah, and Hamas, overlooking similar terrorist groups that die out early or pose a lesser threat. Why do some terrorist groups evolve into full-blown insurgencies, while others remain clandestine or fail to start a guerrilla war? This important question is examined in the peer-reviewed journal Perspectives on Terrorism (PoT), focusing on the role of ideology, organizational structure, and competition among rival terrorist groups.

The study is based on a quantitative analysis of 246 diverse militant organizations from the Global Terrorism Database operating worldwide from 1970-2007. Attacks carried out by assailants unaffiliated with an organization are not included in the analysis.

Most quantitative studies on terrorism categorize groups based on four broad ideologies – religious, left-wing, right-wing, and ethno-nationalist – without differentiating among specific types of religious organizations. The PoT study follows this traditional approach yet explicitly notes "all but one of the religious groups that waged sustained insurgencies in this study are Islamic militant organizations."

This finding is important since several prominent studies highlight that religious groups rarely, if ever, attain their ultimate or stated goals. It's unlikely that jihadist groups will succeed in establishing a caliphate and imposing shari'a law worldwide. Religious terrorist organizations are also less likely to defeat states in armed conflicts compared to other violent groups. But religious terrorist groups, particularly Islamist ones, have a better chance of waging deadly insurgencies.

The PoT study contributes to a large body of scholarly research which shows that Islamist organizations are behind far more terrorist attacks and casualties than other types of armed groups. Salafi-jihadist groups in particular continue to represent the deadliest terrorist organizations worldwide.

There are several explanations for why religious groups should be better at mobilizing resources to challenge more powerful government forces. Through religious institutions and trusted community organizations, religiously motivated groups tend to have access to stronger social bases which helps them identify and recruit more dedicated recruits. This insight helps explain why Hamas was better at managing its terrorist fighters than the more secular Fatah when Palestinian terrorist groups waged the Second Intifada against Israeli civilians and military targets. Fatah was marred by accusations of widespread corruption and organizational mismanagement which helped Hamas gain popularity during the mid-2000s.

Religious groups are also more likely to adopt a "hub-spoke" organizational structure, which is relatively decentralized compared to very hierarchical types of organizations more common among nationalist terrorist groups. A less rigid chain-of-command makes it harder for states to disrupt terrorist organizations and gives lower-level cells or units more flexibility to adapt to counterterrorism efforts. Al-Qaida from 1998-2001 is a good example here. Al-Qaida's leadership shared little information with terrorist operatives in the field prior to attacks during this period, making it harder for counterterrorism authorities to infiltrate and dismantle the entire organization.

The PoT study also shows that competition among terrorist groups plays a critical role in the trajectory of armed groups. Terrorist groups that successfully defeat their rivals and rise to dominate their constituency are in a better position to focus efforts on fighting the target state. Hezbollah first defeated its Lebanese Shi'a rivals in the late 1980s before escalating its war against Israel throughout the 1990s.

Recent research highlights various reasons behind why extremist Islamist groups generally overshadow other groups fighting in recent civil wars. For example, extremist leaders are in a better position to signal their commitment to the cause they fight for and credibly commit to overcoming corruption should they take political power. This perception, in turn, helps radical terrorist groups boost recruitment even among individuals who may not share jihadist beliefs. Al-Qaida's former leader Osama bin Laden gave up a life of luxury in Saudi Arabia to fight in the mountains of Afghanistan with other jihadists. His personal dedication fueled recruitment to new heights, positioning al-Qaida as a leader of the Salafi-jihadi movement.

With such extremist objectives, negotiated agreements with Islamist terrorist groups are much harder to secure, further raising the risk of insurgency outbreak.

These ideological and organizational factors help explain why Islamist groups are in a stronger position to co-opt and dominate insurgencies in diverse conflicts from Somalia to Afghanistan.

There has been increased attention towards Islamist terrorist attacks in the West, especially following a spate of gruesome attacks in France last month. Many high-profile attacks in the West involved assailants who were either formally directed or inspired by successful Islamist insurgent groups abroad. An Islamic State (ISIS) sympathizer shot and stabbed innocent civilians in Vienna Nov. 2, killing four people. The suspect had been convicted of being an ISIS member after attempting to join the terrorist group in Syria. He was released from jail in December following a 22-month sentence.

Much of the allure for prominent Islamist insurgent organizations is rooted in their ability to control territory and replace state institutions. With territorial control, Islamist groups are in a better position to administer governance and develop military capabilities to directly confront government militaries in battle.

The emergence of "Jihadi proto-states," like al-Shabab in Somalia or the former Islamic State caliphate in Syria and Iraq, allows these extremist insurgent organizations to develop a popular brand and plan devastating terrorist attacks abroad.

The vast majority of terrorist attacks take place in countries experiencing ongoing armed conflicts. Understanding which groups are more likely to spark an insurgency is critical, since governments face an increasingly up-hill battle to defeat full-fledged insurrections. By taking a different look at terrorist and insurgent groups, the PoT study reinforces the notion that Islamist terrorist groups have posed the biggest insurgent threat over the past several decades.