Israel Prepares For When Syrian Jihadis Turn Their Guns South 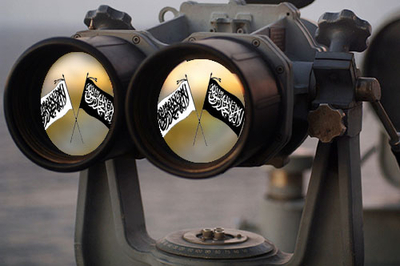 If you ask Israeli defense officials today about Islamic State (IS) and Al-Nusra Front members in Syria, and the risk they pose to Israel, expect one answer with two layers.

At present, the officials estimate, these radical Sunni jihadi elements do not pose an immediate threat to the Israeli border or to national security.

They are too busy fighting the army of Basher Assad, Shi'ite militias, and Hizballah, which has intervened on Assad's side – not to mention other Syrian rebel groups.

Eventually, however, these organizations will pose a very real threat to Israel, and the smart thing to do is to prepare for it now, the officials say.

"We see them deployed along the Israeli border, but we don't think they're about to target Israel," one senior army officer said in recent weeks. "I don't see the Al-Nusra Front having an interest in attacking us now," he added. On the other hand, Al Nusra has declared that when it finishes its war against the Assad regime, "the Jews' turn will come. We are preparing," the same officer noted.

Every morning, the Israel Defense Forces (IDF) must take a good look at the area in which a country called Syria once existed, and ask itself what has changed. On most days, it will find that a lot has.

In recent weeks, for example, Al-Qaida's official branch in Syria, the Al-Nusra Front, played a lead role in seizing the Quneitra area, right on the Israeli border with the Golan Heights. The IDF's Northern Command now sees Al-Nusra flags and fighters across the border, where it until recently saw Assad military positions and the old Syrian flags waving in the wind.

About 700 Al-Nusra Front members, as well as 1,300 rebels from other organizations, conquered Quneitra in September, and the Assad regime has been busy trying to take it back ever since – so far unsuccessfully.

Al-Nusra moved into Quneitra because it was pushed out of eastern Syria (from regions like Deir Ezzor) by its jihadi rival, the Islamic State, which has proclaimed a transnational Islamic caliphate.

Today, Islamic State members are located around 50 kilometers away from the Israeli border, and at some point, they will likely end up coming significantly closer.

Israeli military planners are not only watching the multitude of battles unfold in Syria – they also listen closely when Al-Nusra members say that their aim is to conquer Damascus first, and Jerusalem second. Such talk is taken very seriously. It prompts Israel to prepare quietly, and intensively.

It is only a matter of time until the guns of Sunni jihadis are turned towards Israel, according to the dominant view in the Israeli defense establishment. Meanwhile, both groups –Al-Nusra Front and Islamic State —are ideologically identical in their goal of creating a radical caliphate, are growing.

As they raid Syrian military bases, seize arms, and purchase additional weapons on the black market, both of these jihadi organizations are gaining all manner of weapons, from small arms to shoulder-held missile launchers to armored vehicles, and mortar cannons. It seems likely that both groups will be able to produce their own weapons, such as rockets, in the near future as well.

Some of the steps Israel has already taken to get ready for the jihadis in Syria include mobilizing a new division to the Golan Heights, and giving it the ability to rapidly deploy air power and artillery strikes, in just a few minutes.

The new division relies heavily on enhanced Israeli intelligence monitoring of the Syrian sector. It is training for potential rapid ground force deployment into Syria if necessary, to respond to terrorist attacks, whether they take the form of projectiles, hostile intrusions, or border bombings.

Other steps include last year's completion of a new hi-tech fence along the border, complete with a range of sensors that provide army controllers with input on suspicious movements.

The multi-sensory system, dubbed "Mars in Israel," is used by the IDF's Combat Intelligence Collection Corps. It sends a variety of feeds from the border, such as cameras, radars, and other devices that are classified.

The IDF is also able to order its Artillery Corps to fire precision guided Tamuz surface to surface missiles, for accurate strikes on targets in Syria.

In addition to military power, Israel is also seeking to foster a friendlier attitude among Syrians who live near the border. Approximately 1,300 Syrians injured in the civil war have received treatment in Israeli hospitals, which helps in achieving this goal.

Such measures might mitigate the threat somewhat, but a clash with radical jihadis in the future remains a near certainty.

An additional danger lies in the likelihood that Syria will act as a jihad production center, sending radicalized terrorists out all over the region.

This development could result in regional jihadi networks stretching from the Sinai Peninsula (home to Al-Qaida-linked groups like Beit Al-Maqdes) to Iraq and Syria, where the Islamic State continues to consolidate its control.

Today, these forces are busy engaging enemies nearer to home, but tomorrow, their ideology will very likely place them on a collision path with the Middle East's sole Jewish state.

ISRAEL NOT RELIABLE EVEN TO PROTECT THEMSELVES

THESE ARE THE PEOPLE WHO THOUGHT GIVING UP GAZA WAS A GOOD IDEA.