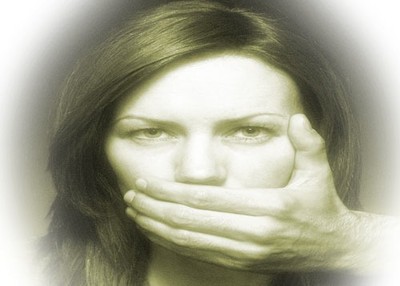 You could say it is a new form of Islamic honor crime: the silencing of those who dare besmirch the honor of Islam or its prophet, except the suppression now doesn't come from Muslims only. These days, it's the work of secular groups and governments: theaters in Germany, prominent publishers in England and the USA, of public prosecutors in the Netherlands, and most recently, of the Spanish Supreme court.

On May 30, that court ruled that Pakistani refugee Imran Firasat be stripped of his refugee status and deported. A Pakistani Muslim apostate, Firasat for years received death threats for marrying a non-Muslim, and for his outspoken criticism of Islam. In 2006, he received amnesty in Spain, a country where he was guaranteed the glorious freedoms unavailable to him in his homeland – freedoms enshrined in the foundations of any Western democracy: of religion, of opinion, and of speech.

But evidently he was not.

In 2012, Firasat produced a film critical of Islam in which he included footage of the attacks of 9/11, along with subsequent Islamic terrorist attacks in London and Madrid. According to a report from Gatestone Institute, "Shortly after Firasat's film was released, Spanish Foreign Minister José Manuel García-Margallo and Spanish Interior Minister Jorge Fernández Díaz initiated a process to review his refugee status."

The reason? Garcia-Margallo had determined that Firasat's film created a security risk from Muslims who might be angered by its content. (That those Muslims themselves posed a risk seems not to have entered the discussion.)

The Supreme Court's decision, which affirms the ruling of a lower court, reflects the growing influence of an anti-blasphemy measure introduced to the United Nations in 2011 by the Organization of Islamic Cooperation (OIC), comprised of the 56 Islamic states. That measure, Resolution 16/18, aims to limit – even criminalize – speech that can be understood as "discriminatory – which, as I wrote at the time, "involves the 'defamation of religion' – specifically that which can be viewed as 'incitement to imminent violence.'"

But nearly anything can be called "incitement to imminent violence," just as a woman walking the street without covering herself ankle to brow in a niqab could be called an "incitement to imminent rape." Who decides what "incitement" and "imminent" are? Should we now arrest all non-veiled women in the West? Has Spain become another Sharia state? Has UN Resolution 16/18 marked the end of freedom as we know it in the West?

In fact, as the Heritage Foundation recently reported, "throughout Europe, in Canada, and even in the United States, judicial systems in countries with large Muslim minorities are under pressure to adopt Sharia free speech restrictions. As a result, in many places, including Denmark, it is now a crime to say anything negative about Islam or the prophet Mohammed, regardless of whether such statements are factually true or not. The concept that even offensive speech is protected—so fundamental to the U.S. Constitution's First Amendment—is collapsing."

Such attacks on democratic values – and their success in destroying them – are what have many experts, human rights groups, and politicians concerned about multiculturalism in the West. The idealized model – in which multiple cultures coexist peacefully within the same society – simply doesn't work; the conflicts of values are too extreme.

True, it would be easy enough to wave off such incidents of censorship if they were limited to a mere one or two: but they aren't. In 2010, for instance, Comedy Central pulled a "South Park" episode satirizing the violent reactions to depictions of the prophet Mohammad after a New York-based Islamic group, Revolution Muslim, threatened the show's writers with death.

Four years prior, the Berlin-based Deutsche Oper cancelled its run of Mozart's "Idomeneo," in which the severed heads of Buddha, Jesus, and Mohammed are placed on chairs onstage. Explaining their decision, the organizers of the opera, which was first performed in 1781, cited warnings from the police that "the publicity surrounding the play would severely heighten the security risk." (Neither Buddhist nor Christian groups, it should be noted, expressed any discomfort with the production.)

And there are others: the extended criminal case against Dutch Parliamentarian Geert Wilders for his statements against Islam and his film "Fitna," which, like Firasat's, focused on a recent history of Islamic terrorism and various calls for violence written in the Quran; or (also in the Netherlands) the arrest, at the demand of a radical imam, of pseudonymous cartoonist Gregorius Nekschot for sketches deemed "insulting" to Muslims.

America has hardly been immune: in 2008, Random House publishers cancelled publication of The Jewel of Medina, described as "a fictional account of the life of Mohammed's wife, Aisha." A year later, Yale University Press deleted images from a book about the so-called "Danish Cartoons" – a series of cartoons that ran in Denmark's Jyllands Post in 2005, citing fears of "insulting Muslims" and – there it is again – a risk to national security.

And earlier this month, the New York Times demanded that the Investigative Project on Terrorism (IPT) revise an ad slated to run on the Gray Lady's web site, claiming that there had been numerous complaints about a previously approved, full-page version of the ad in the print edition of the paper. Explained the IPT at the time, "The NYT ordered us to insert the word 'radical' before the term 'Islamist groups,' so that it read, 'Stop the radical Islamist groups from undermining America's security, liberty, and free speech.'"

That change was not as minor as it might at first seem, argued IPT Executive Director Steven Emerson in an editorial for the IPT website. It suggested that Islamist groups who are not radicalized – like the Council on American Islamic Relations (CAIR) – are not dangerous. And yet it is precisely these organizations worldwide which often exert the kind of pressure that results in censorship of speech, in the subjugation of the arts, in the compromise of truth.

Fortunately, America's capitulation to pressure on this issue has been limited to the private sector. But Firasat's story should be taken as a warning, as much for the U.S. as for Europe, of the damage Resolution 16/18 and similar efforts are having on our culture – and on our future.

One week after the Spanish court robbed Firasat of his democratic rights in a democratic country, President Barack Obama stood on the beaches of Normandy and spoke to those gathered to mark the 70th anniversary of D-Day. On that day, he said, the world marked the moment of "commitment" to liberty and freedom; and since then, "From Western Europe to East; from South America to Southeast Asia; seventy years of democratic movements spread. Nations that once knew only the blinders of fear began to taste the blessings of freedom.

That would not have happened without the men who were willing to lay down their lives for people they'd never met, and ideals they couldn't live without."

Those ideals still remain our ideals. We still cannot live without them. We cannot give up the fight.

I keep expecting Amazon and Barnes & Noble to ban or delist on a complaint from CAIR or even Obama Edward Cline's detective novel, "The Black Stone," set in San Francisco in February 1930, about how early the Muslim Brotherhood (with the connivance of the Sauds and even Standard Oil and Shell Oil) was active in this country. To see how early the Nazis and the Soviets were active in this country, read "The Chameleon" and "A Crimson Overture," by the same author in the same series. Neither of them would ever be published by a mainstream publisher, so these are Amazon created novels, and they're selling well. The Nazis and the Soviets are no longer around to make such a demand, but the Islamic supremacists are. But, I will never submit to the kind of censorship discussed here by Abigail Esman, not even if a federal gun is put to my head.