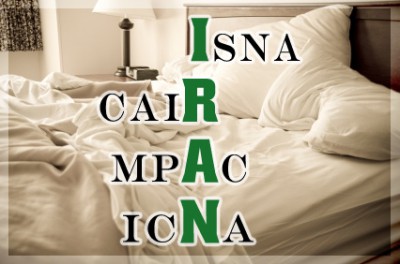 In what has become a recurring pattern, American Islamist groups again have turned a blind eye to the misdeeds of the brutal Iranian regime, further calling into question their inconsistent positions on civil rights violators and their tacit support of the radical Iranian government.

Amnesty International released a new report Feb. 28 documenting the growing campaign of repression orchestrated by the regime in Tehran against dissenters in advance of new parliamentary elections.

"The net of repression is widening in Iran," Amnesty's description said. "The authorities are arresting filmmakers, bloggers, human rights defenders, women's rights activists, lawyers, students, journalists, political activists, religious and ethnic minorities – simply for speaking out against the government or expressing views with which the authorities do not agree."

That was followed by a 36-page report on human rights in Iran issued Wednesday by a United Nations special envoy. It finds and "alarming increase" in executions, which reached 650 people last year, compared to less than 100 people in 2003, the Wall Street Journal reports.

In addition, the report cited arrests of journalists and banned students critical of the government.

Despite the reports' damning evidence about unjustified arrests, unfair trials, torture, and even executions – some involving minors – the self-proclaimed bastions of civil rights and Muslim freedom in the United States have been silent about Iranian cruelty. When they do speak of Iran, it is to lament the way the Islamic Republic is being treated.

"The problem in the case of Iran is that it is singled out as the threat. We [the U.S.] don't deal with North Korea the same way we deal with Iran," Salam al-Marayati, President of the Muslim Public Affairs Council (MPAC), told a panel on Russia Today's Cross Talk on Feb. 29. "With other countries, we utilize the IAEA, we use multilateral instruments to deal with the nuclear problem. In this case with Iran, there is no dialogue, there is [sic] no negotiations, it is all confrontational policies that is part of a war mongering mentality here in the U.S. and they're just waiting for the tripwire and then the machinery of war will begin."

Ironically, Marayati said in the same appearance that "any change that happens in Iran must come from the people."

These are the same people being targeted by the government for seeking to enact change. In fact, Human Rights Watch blasted last week's parliamentary vote as fundamentally unfair, since "opposition leaders are either barred from participating, serving unjust prison sentences, or refusing to participate in what they consider sham elections."

In the end, candidates loyal to Ayatollah Ali Khameini swept to wins in 75 percent of the parliamentary seats.

In a policy paper on the Iranian nuclear threat released Jan. 30, MPAC urged the United States to tone down talk of military action and also to scale back sanctions against Iran, which, it argues, are hurting civilians. This position ignores the effect these sanctions have had in weakening the Iranian government, making it more vulnerable to internal and external pressure to reform or step down.

Another prominent Islamist group, the Council on American-Islamic Relations (CAIR), has also been shy in commenting on the widespread repression in Iran, only speaking out sporadically in a handful of civil rights cases, mostly involving foreigners (for examples see here or here).

Like MPAC, however, CAIR has instead focused its attention on undermining U.S. policy towards Iran's nuclear program and casting doubt on the credibility of the U.S. position on this issue.

On Jan. 31, Dawud Walid, Executive Director of CAIR's Michigan chapter responded to an article in which America's top intelligence officials identified Iran as a top threat to U.S. cyber security by tweeting, "Funny thing is these are the same reporters who reported w/o questioning if Iraq had WMD. They are doing same w/ Iran."

CAIR National also posted two articles in the last week that call into question the wisdom of a military strike to neutralize Iran's nuclear program.

Additionally, CAIR representatives continue to appear on Press TV, the Iranian government's English-language broadcast outlet. These appearances, including two in late February, are invariably critical of some U.S. policy or of the supposed mistreatment of Muslims in America and feed into Press TV's anti-U.S. narrative.

On Feb. 22, Ibrahim Hooper, CAIR's National Communications Director, was interviewed on Press TV about the recent burning of Qurans in Afghanistan by American troops. Speaking of U.S. authorities, Hooper said, "They are saying they are launching an investigation but unfortunately these investigations often lead nowhere."

A day earlier, the civil rights manager for CAIR's New York chapter, Cyrus McGoldrick, told Press TV that surveillance of Muslims by the New York Police Department represents "the end of democracy." Americans need to "recognize that this is a human rights issue, this is not a Muslim issue, this is a human rights issue and that we really need to reclaim ideals, you know, if they ever existed, have now been fully overturned," he added.

Forgetting the irony of a Muslim civil rights manager appearing on an Iranian media outlet accusing U.S. law enforcement of human rights violations, it is also interesting that groups like CAIR and MPAC are sensitive to civil rights issues in some instances, but not when it comes to Iran.

Since the beginning of the Arab Spring, MPAC has thrown its support behind the persecuted Syrian people and called for an end to Bashar al-Assad's regime, which has demonstrated a blatant disregard for human rights in dealing with the protests that have swept its nation.

"In solidarity with Syrian communities around the world, including the United States, the Muslim Public Affairs Council has one overarching goal for the Syrian Spring for Freedom: it seeks to support the democratic aspirations of the Syrian people," wrote MPAC in its introduction to its special report on the Syrian revolution released in early February.

Similarly, CAIR voiced its support for the Syrian people and echoed MPAC's call for the Assad regime to step down.

"We call on the Obama administration and Congress to support all those who seek to exercise their universal human right to freedom of political expression," said CAIR National Legislative Director Corey Saylor in a statement Feb. 23.

In the same statement, Saylor expressed concern for the treatment of anti-government protestors in Bahrain and urged the U.S. government to withhold arms shipments to its Gulf ally until it respected the will of its people.

"We should also stop deliveries of military hardware and services to the Bahraini government as long as it is engaged in persecuting peaceful protestors," Saylor stated. "American items and services should serve the needs of freedom, not assist in repression."

Two other Islamist groups, the Islamic Society of North America (ISNA) and the Islamic Circle of North America (ICNA) have also condemned government atrocities in Syria, while neglecting to comment on similar crimes being committed against civilians in Iran. ISNA wrote a letter to President Obama on Feb. 1 urging him to provide humanitarian relief to the Syrian people and ICNA questioned why the world intervened on behalf of the Libyan people but won't do the same for the Syrians.

"We are sickened and outraged by the actions of the Assad regime," ICNA wrote in a Feb. 20 press release. "The brutality of Assad and his people is no less than that of Qaddafi, and yet the whole world is silently watching as blood is shed on a daily basis in the streets of Syria."

Again, no mention of Iran's repressive crackdown on dissidents.

Even in light of the fact that accurate accounts of Syrian repression are difficult to find, American Islamist groups have proven to be extremely outspoken in favor of Syrian aspirations for democracy and civil rights. Yet, faced with detailed reports about similar crackdowns by the Iranian government, these groups say next to nothing and even defend the guilty regime.

These groups indeed seem like unlikely allies of the mullahs, but Iran is lucky to have them.