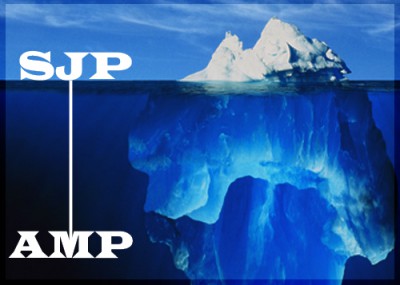 During a recent event co-sponsored with a liberal Jewish group at George Washington (GW) University, a pro-Palestinian student group unequivocally proved that it is not interested in peaceful coexistence.

Students for Justice in Palestine (SJP) is a radical student organization with chapters on more than 75 campuses across the country. Since its inception, SJP chapters have campaigned for divestment from Israel, which it categorizes as an apartheid state, and accuses of ethnic cleansing.

GWU Students for Justice in Palestine and J Street U at GW partnered Nov. 17 for a "conversation about the future of the region," at an event titled, "Israel and Palestine: What's Next?"

J Street U is the student offshoot of a controversial national advocacy group, J Street. Though it considers itself pro-Israel, J Street is considered by many longstanding Jewish organizations to be well outside the mainstream in its focus on Israel as the source of the conflict. In similar fashion, its campus arm advocates for a "progressive voice" to debate about Israel.

But J Street U's mission wasn't sufficient for SJP: Its speakers made clear that, to them, justice in the conflict cannot be achieved as long as Israel exists.

"As the name [SJP] suggests, this organization seeks a just solution for the Palestinian people," said a George Washington student. "Justice is the goal and a one-state solution is the means; will be considered to be the best means for achieving the goal."

The dialogue devolved into some heated exchanges, as the J Street participants struggled to grasp their fellow students' intransigence.

"These lands were taken by force," an SJP member said, "and thus we have the right to say no."

But the J Street students should not have been surprised. The radical positions SJP members expressed are in line with the organization's national goals.

SJP's national conference attracted more than 350 students from than 100 universities to Columbia University in October. Students voted to endorse three "points of unity," including:

"Ending Israel's occupation and colonization of all Arab lands and dismantling the Wall; Recognizing the fundamental rights of the Arab-Palestinian citizens of Israel to full equality; and Respecting, protecting and promoting the rights of Palestinian refugees to return their homes and properties as stipulated in UN resolution 194."

SJP was co-founded by the chairman of the radical anti-Israel organization, American Muslims for Palestine (AMP). Hatem Bazian has a track record of making incendiary comments and has been noted for his anti-Semitic remarks allegedly made during the 1990s at San Francisco State University. He allegedly attacked the student newspaper, saying it was full of Jewish spies.

AMP has organized conferences and seminars for SJP chapters, and facilitated the "Students for Justice in Palestine National Convention 2010." AMP's 2010 conference featured an "SJP workshop" and an "SJP Regional Meeting." Those gatherings featured AMP officials urging SJP to hold to rigid positions and tactics no matter the consequences.

"If they say no funding for you, call us. Call AMP; we'll try to help you in securing the speaker, securing the funding, because no one should silence you because of a lack of a dollar."

Yet AMP has tried to downplay its relationship with SJP.

"SJPs are autonomous units and completely independent of AMP," Kristin Szremski, director of media and communications for AMP, argued in an Oct. 15 article published in Al Jazeera.

SJP chapters receive significant support from the organization: from AMP employees speaking at SJP campus events to AMP reposting SJP statements on its website and partaking in and defending the national SJP conference.

A year ago, AMP announced two new staff additions, each devoted to serving SJP's needs. The national campus coordinator of AMP, Taher Herzallah, is a member of SJP at the University of California, Riverside, as well as one of the convicted "Irvine 11" students. The students conspired to silence a speech by Israeli Ambassador Michael Oren through a series of scripted interruptions.

AMP's support for Students for Justice in Palestine is troubling given AMP's radical rhetoric and ties to extremist groups.

AMP and its supporters have also legitimized the Palestinian tactic of violence.

"An entire people were driven out of their homeland," Dar al-Hijrah mosque Imam Shaker Al-Sayed asserted in January during AMP's Second Annual Gaza Commemoration Event. "And the Quran says in such a case you have the license to fight back. Against what? Not against a faith community, not against a group of religious people, but against the oppressors, no matter who they are."

During the same event, AMP board member Osama Abu Irshaid argued that launching rockets from Gaza into Israel cities should be legal. "So instead of blaming the victim, we should look at the criminal and the murderer. And instead of blaming the victim that even though if they're firing rockets, regardless, now this is according to the international law should be a legitimate resistance, because they are under occupation."

In his speech, Abu Irshaid referred to "the resistance," describing – but never naming – the terrorist organization Hamas.

"Of course the resistance, now they're up to about 20,000 men. When we say 20,000 men, these men are not well trained. They're not the police force and they're not, you know, trained by the U.S. or even by Iran or even by Egypt or even by Syria."

SJP national's calls for a Palestinian right of return, as well as ending Israel's "occupation" from "all Arab lands," are regarded by many as a formula for the destruction of the Jewish State.

SJP's perspective, however, is that compromise is fruitless. Earlier this month, a Columbia University SJP member posted a comic made during one of the sessions of the national SJP conference. "Why don't we do an event together … Both of our groups, as equals?" an excerpt reads. It then says "We aren't equals." The SJP activist explains that normalization involves bringing "Palestinian and/or Arab youth with Israelis," and "increasing numbers of Students for Justice in Palestine chapters have found normalization deeply problematic."

That message was repeated during the J Street event, after J Street participants cast a two-state solution as the most viable and just.

There never has been a NATION called or named palestine.

Ergo, there is no such NATIONality as so-called palestinians.

... palestine was the name given by the Romans to a region-territory in the Middle East ... conquered by the Roman Empire.

Both terms ... palestinian and palestine are misnomers ... and are very misleading.

... and plays into the aggressive political agenda and constant state of war against Israel ... of many if not most/all Islamic terrorist organizations ... such as Hamas, Hezbollah, PLA, Islamic Jihad, PA, Muslim Brotherhood, CAIR, ETC. ...

whose charters, leaders and followers are on a publicly declared murderous quest to attack, invade, overrun, conquer, vanquish, occupy and destroy the State of Israel

... and who have publicly declared the goal of annihilating the Jewish people

and intent to MURDER, BUTCHER, SLAUGHTER ... every non-Muslim man, woman and child in Israel ... Jews and Christians first.

There was an Israel with Jeursalem as its capital 1400 years before Mohammed was born, and the beginning of Islam. As well, there is already a Palestinian state called in 1948, Transjordan, Now Jordan, with a Palestinian princess, and the majority of its population Palestinian. While discussing the return of former properties, and the right of return of so-called Palestinians to what is now the LEGAL State of Israel, one should also regard the rights of 850,000 Jewish residents, who were forced to leave their Arab homelands with just the clothes on their backs, under forced expulsion or death, conversion was never a consideration for these Jewish residents. Their descendant had lived in Muslim countries for millenniums, but Israel took them in, educated, fed, clothes and housed them, and helped them to become part of the Jewish Nation, and didn't keep them as prisoners in camps as have the Muslim countries, where these so called Palestinians exist.