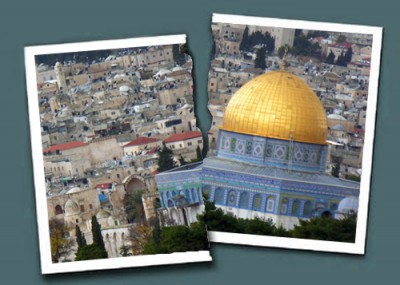 More than 60 percent of Palestinians reject a two-state solution with Israel and support the Hamas charter's call for killing Jews, according to a new poll conducted in the West Bank and Gaza.

American pollster Stanley Greenberg surveyed more than 1,000 Palestinians in conjunction with the West Bank-based Palestinian Center For Public Opinion. The poll was sponsored by the Israel Project, a nonprofit research group advocating "people-to-people peace" between Arabs and Israelis. But If the poll (which has a margin of error of 3.1 percentage points) is any indication, most Palestinians have little interest in compromise or peace with their Israeli neighbors.

Sixty-six percent said the Palestinians should begin with a two-state solution and then move toward becoming one Palestinian state.

The poll contained some positive results, including the fact that Palestinians preferred talks to violence by a margin of more than 3-1. Israeli President Shimon Peres was encouraged by these findings. "The Palestinians want solutions, not revolutions," Israel Project President Jennifer Laszlo Mizrahi quoted him as saying.

But Peres' upbeat interpretation is at odds with Palestinian answers to some of the other questions. Fifty-three percent favored teaching songs about hatred of Jews in Palestinian schools. Sixty-two percent supported kidnapping IDF soldiers and holding them hostage. Seventy-two percent backed denying the thousands of years of Jewish history in Jerusalem.

Seventy-three percent agreed with a quote from the Article 7 in the Hamas Charter, about the need to kill Jews: "'The Day of Judgment will not come about until Moslems fight Jews and kill them. Then, the Jews will hide behind rocks and trees, and the rocks and trees will cry out: 'O Moslem, there is a Jew hiding behind me, come and kill him.'"

And when asked about a separate charter provision calling on battalions from the Arab and Islamic world to defeat the Jews, 80 percent of respondents agreed.

The radical, rejectionist stance expressed in the survey o f Palestinians contrasts sharply with Israeli attitudes. Numerous public opinion polls suggest that most Israelis favor creation of an independent Palestinian state living in peace with its Jewish neighbor, and would be willing to make substantial territorial concessions in order to make it a reality.

On Friday, a mix of 2,000 Israelis and Palestinians peacefully demonstrated in Jerusalem advocating recognition of a Palestinian state. While other Israelis may disagree, the rally took place without incident.

A poll published in late April by Yediot Achronot found that 48 percent of Israeli respondents said their country should "recognize a Palestinian state, while keeping the settlement blocs" in the West Bank, while 41 percent were opposed.

Asked whether Prime Minister Benjamin Netanyahu should present a peace initiative of his own, 53 percent responded that he "should present a diplomatic initiative to end the conflict, which will include significant concessions," while 42 percent said he should not.

The Yediot poll findings are consistent with a substantial body of Israeli polling data going back to 9/11.

In 2009, for example, pollsters at Tel Aviv University released findings which showed a majority of Israelis were prepared to dismantle settlements outside of "settlement blocs" that Israel is expected to keep under any agreement with the Palestinians.

Another survey found that 58 percent of Israeli Jews backed the two-state solution favored by Obama .

Two months after 9/11 - (a period during which Israel was under constant attack from terrorists operating out of the West Bank), 59 percent of Israelis supported creation of a Palestinian state, according to a Gallup opinion poll published in Maariv. Seventy-three percent of the 544 Israeli adults polled said they expected a Palestinian state to emerge regardless of their views.

Just two months earlier, Israelis had witnessed scenes in which Palestinian neighbors celebrated the fall of the Twin Towers.

The contrast between the two sides could hardly be more jarring – the Israelis have indicated time and again that they are willing to make substantial concessions for peace, while too many of their Palestinian neighbors embrace Hamas.