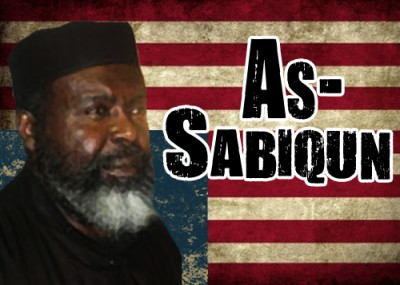 One of America's most radical homegrown Islamist groups has opened two new centers focused on the "Zionist American" threat, a thinly-veiled reference to the group's anti-Semitic and anti-American message. Under the leadership of extremist Abdul Alim Musa, the Sabiqun organization has tried to blur the line between attacking Jews and criticizing Israel, as well as striking out against America.

"We are an anti-Zionist American psycho-guerrilla warfare movement, the appeal said. "We use all available tools found in our environment in exposing the anti-Islamic, anti-human policies of this Zionist American system."

Other flyers explain that the IICZAPW's primary goal is "to counter the concerted efforts of the enemies of Islam to sustain a false characterization of Islam and Muslims as a dangerous threat to global stability and tranquility." That mission has already led Sabiqun to deny the involvement of Islamist terrorists in 9/11 and to characterize the acts of Hamas and Hizballah as a justified war on Jews. The Institute is the group's primary project to keep its movement going, after the loss of several branches in California.

As part of its ideology, Sabiqun and the IICZAPW are also actively preparing for the death of the United States. Sabiqun, which currently runs two active mosques in D.C. and Oakland, espouses a self-reliant and anti-assimilation ideology that appeals to its community of poor African-American converts.

"It seems that the once all-powerful USA could suffer a global stroke sometime during the 2020s or even sooner," said a flyer promoting an IICZAPW event called "The Decline and Fall of the American Empire" Sunday in Washington.

"We view America's decline as a global power as a present reality," it reads. "Should we not prepare for its fall?"

The flyer shows much of Sabiqun's core ideology. The beginning of America's fall didn't start with George Bush, the 2001 invasion of Afghanistan, or the 2003 war in Iraq. Rather, the group believes the rise of Iran in the 1979 revolution illustrates the ability of a dedicated group of "Islamic workers" to collapse non-Muslim governments.

The new centers in Washington and Oakland are designed to raise the group's profile and counter its decline. The goal is to train a new generation of the movement's ideologues and expand the group's presence, "to analyze the Zionist grip on humanity established via the media and economics."

The IICZAPW also features a new "College in Islamic Movement Studies," which focuses on spreading its leader's jumbled philosophy. Musa's unique take on Islamism mixes elements from a variety of ideologues, including: Syed Abul Ala Maududi, the founder of an extremist South Asian group, Jamaat-e-Islami; Uthman dan Fodio, who founded a caliphate in north Nigeria that continues to inspire African Islamists; Hasan al-Banna, the founder of the Muslim Brotherhood; Sayyid Qutb, the inspiration of al-Qaida ideologues Osama bin Laden and Anwar al-Awlaki; Kalim Siddiqui, a South Asian extremist who advocated for an Islamic world order to overthrow the West; and Imam Ali Khomeini, who led Iran's 1979 Islamist Revolution.

The college will also feature a course on "Strategic Management under Conditions of Repression," recounting the experiences of Musa and his 30 years of struggle against the "Zionist American cabal." It will focus on the group's enemies, such as the FBI, Zionist groups, the Anti-Defamation League, Investigative Project on Terrorism Executive Director Steven Emerson, and others, "who have sought to isolate us from mainstream Muslims and derail and destroy the progress of our schools, places of worship, and businesses."

The IICZAPW extends Sabiqun's long tradition of violent anti-Semitic and anti-American rhetoric, which is part and parcel of the group's educational curriculum, reading materials, and speeches.

Musa also often uses the terms 'Jews' and 'Zionist' interchangeably, highlighting his belief that the Jews and Zionists are the same.

"The world now sees the Jews for what they are: not the victims but the victimizers," Musa said in a 2006 speech called "Basheera," which Sabiqun's website describes as a "message of hope" about Hizballah's "ultimate victory" over Israel. "The Jews are using the dirtiest criminal tactics on a people that you have ever seen in your life, worse than the Nazis… The Jews may have been oppressed by the Nazis, but they adopted 100% the practice[s] of the Nazis. "

"The Yahud [Jews], the criminal Zionist entity known as Israel, which has no right whatsoever in the Middle East. The biggest mistake that the United Nations ever made, in 1947, was allowing the Jews to reestablish a homeland on the land that people already owned," he added, noting that Allah had given permission to the Palestinian to fight for their land. "The rest of the world now sees the Jews for what they are: vulnerable. The Palestinians proved it and now [the same] with the Hizballah."

His Zionist American conspiracies are staples of Sabiqun's philosophy.

"Who's monitoring the Zionist, right? Who's standing up to the people who are killing the Muslims all over the world? Nobody, nowhere – only one masjid [mosque] in the United States. Tell the truth, you don't hear nobody else openin' they [sic] mouth, do you? That mean [sic] we special," Musa told followers in a speech hosted on the group's website.

"Given the craven attitude of US politicians that cringe at the thought of offending the American Jewish lobby or standing up to the Zionist bully, more billions will be siphoned off to the Zionist settler entity to oppress, displace and murder Palestinians in their own land rather than force it to agree to some internationally accepted behavior," an article by Zafar Bangash says in the June 2010 issue.

"Zionism cloaked in Judaism has occupied the religious territories of Europe and America. Nothing much can be expected from an ailing America and an expiring Europe who have for centuries now been in a progressive chock-hold by the Zionist political class," a guest editorial article said in the June 2010 issue. "The issue of Israel hence is a Zionist/"Jewish"-Islamic issue par excellence; Christianity has been effectively domesticated by evangelical Christians and secular politicians who report to their Zionist spiritual and financial bosses respectively."

The institute plans to continue the hateful and violent rhetoric that has become essential to Sabiqun's ideology, whether reinforced through speeches or educational material. As the flyer for Sunday's event notes, the movement "must consciously subject itself to an evolutionary process… to propel us to emerge out of the gravity of self-imposed stagnation." Building on its young base, Sabiqun plans to implant anti-Zionist and anti-American ideas into another generation, which it hopes will sustain the legacy of Imam Musa.

Why is this organization not charged with terrorism?

When will the American people wake up and smell the coffee - after you become an Islamic country?