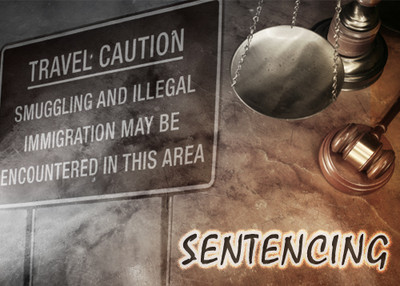 Ahmed Muhammed Dhakane pleaded guilty in November to two counts of making false statements on his 2008 asylum application. On the application, Dhakane failed to report his connections to two terrorist organizations and that he ran a smuggling operation out of a hotel in Brazil which brought members of one of those terrorist groups into the U.S.

Dhakane said that he believed that these people "would pick up arms against the U.S." if the jihad moved from overseas to the U.S., Wagoner said.

While these individuals have been named, Dhakane was also involved in smuggling hundreds of individuals into the United States working for another well-known smuggler based out of São Paulo, who has since been arrested by Brazilian authorities. When Dhakane broke off to create his own operation, he recalled smuggling anywhere from 20 to 50 people.

The total number of people affiliated with terrorist groups whom Dhakane smuggled into the country isn't known.

Wagoner also testified about the close relationship between the Somali designated terrorist organizations. AIAI eventually "morphed" into the Council of Islamic Courts (CIC). One leader of the CIC went on to become a leader of the terrorist group al-Shabaab, said Wagoner, emphasizing "leadership continuation" within the groups.

Defense attorney Alfredo R. Villarreal pressed Wagoner about whether a specific terrorist plot involving the individuals that Dhakane smuggled has been identified. "We have not made that determination," Wagoner replied.

That did not dissuade U.S. District Court Judge Xavier Rodriguez from ruling that Dhakane's sentence be lengthened due to the case's connections to terrorism. Though Dhakane wasn't convicted of a crime of terrorism, Rodriguez explained, his crime was still related to a crime of terrorism, including harboring terrorists and material support.

Prosecutors had asked the court to sentence Dhakane to consecutive prison terms - 10 years on each of the two counts on which he admitted guilt – for a total of 20 years. Villareal, meanwhile, argued the terrorism enhancement was not applicable and that his client should serve 14 months or less.

Dhakane was a member of AIAI and worked for another designated terrorist organization called al-Barrakat, an informal money transfer network set up after Somali government and central bank collapsed in the early 1990s which the U.S. believes is tied to terrorism financing.

An informant hired by the FBI had conversations about AIAI with Dhakane while they were in a Pearsall, Tex. detention center. Dhakane admitted he was an AIAI member and said that he had been a fighter for the group, specifically in the Gedo region of Somalia and in Ethiopia, the informant testified.

Dhakane was also well trusted by and connected with AIAI leaders. Dhakane "bragged" that his uncle was a high up leader in AIAI, Wagoner noted during testimony. One AIAI-affiliated sheikh even offered Dhakane his daughter's hand in marriage.

On the stand, one of Dhakane's smuggling clients said that Dhakane used to talk "openly" about how he used to work for AIAI. Another man, who originally considered hiring Dhakane to smuggle him into the U.S., thought twice. "I didn't trust him," Bashir Noor Saeed said, noting that he had a reputation in Brazil for accepting money from smuggling clients and then never actually attempting to help them get to the U.S.

Villarreal questioned why Wagoner believed Dhakane's admissions, if he is known to have lied on his asylum application and had a reputation for lying. Subsequent investigation was able to corroborate Dhakane's claims, Wagoner said. For example, The FBI was able to verify that some of the people Dhakane mentioned were, in fact, leaders in AIAI.

FBI Supervisory Special Agent Timothy McCants took the stand to testify about the other terrorist group with which Dhakane was affiliated, al-Barrakat.

McCants reviewed many of al-Barrakat's financial records. "There were a number of transactions that were suspicious," he said. He interviewed the owner of al-Barrakat, who could not explain many of the group's transactions.

Dhakane's relationship to terrorist groups and activities wasn't the only reason he received a lengthy sentence.

He was entrusted with a 16-year-old female smuggling client in Brazil. Rather than send her on her way, he locked her in a room and repeatedly raped her, ultimately impregnating her. He brought her with him to pose as his wife when he tried to enter the United States in 2009, threatening to kill her if she reported his crimes. Dhakane believed that he could gain asylum more easily if he had a pregnant wife.

U.S. District Judge Xavier Rodriguez also ruled that his exploitation of a vulnerable victim was an appropriate factor in sentencing.