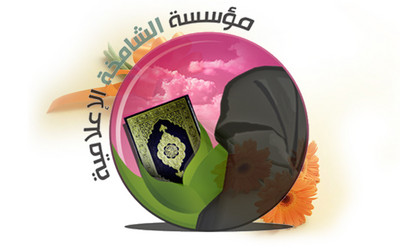 While this week marked the 100th anniversary of International Woman's Day, which celebrates women's rights around the world, a new pro-jihad publication is pushing for a different form of empowerment in the "path of victory for Allah's religion and raising its banner."

"A Muslim woman lives a tough journey today, with enemies raging at her from the east and the west. It gets to the point where Muslims are targeted as strangers," the magazine Al-Shamikha – The Majestic Woman – tells female readers. "The enemies wish with the greatest desire to remove her from the truth of her religion and the truth of her role, because they know well how the situation will be if the women entered the battleground."

The Majestic Woman is the latest in a series of texts speaking to the role of women in jihad, with articles ranging from "Pages from the notebook of a female warrior" to beauty tips and the five pillars of the "Majestic Woman." The magazine also touches on material and financial support for jihad, but steers clear of military instruction and jihad training.

Al-Qaida and its affiliates present an image that jihad is won or lost at home, to inspire an audience of hardcore female Islamists that have mostly been left out of the group's operational and ideological message.

The announcement in jihadi forums also declared the opening of a new media group by the same name, an attempt to create a sustained series of magazines instead of the sporadic releases which previously marked the genre.

"The nation of Islam is in need of women who set down the truth of their religion… who see the truth of the fight and its greatness, and what is wanted for and from them," the magazine's introductory article says. "The Muslim woman is a throwback to the previous age… and she is the backing, support, and help for today's cavalry of the men of Islam."

Contrasted with women like Wafa Idris, the first female Palestinian suicide bomber and a symbol for nationalist Palestinian groups, The Majestic Woman portrays the women of al-Qaida primarily as mothers, sisters, and daughters of the jihad, not warriors. Strict observance of mandates of Shariah law, such as the niqab, and support for their husbands, forms the primary basis of their jihad. Many of the articles also cover character development, stressing the importance of providing a calm and peaceful home.

The article "Tolerance and Patience" shows them as the keepers of the home front. "That is of considerable importance, my sister in Islam, that you produce from your home a delicious meal, with is beautiful and soothing," the article says. "He finds in the marriage his rest after the misery; he finds in you the home and warmth after hardship."

This role is presented as the key to maintaining the jihad. "We are suffering the defeat of Islam today and you are a big part of it! Because you didn't fulfill your responsibilities the Ummah [nation] has reached this lowliness!" says the article, "Pages from the Notebook of a Female Warrior."

As with other al-Qaida publications, The Majestic Woman includes several articles outlining the organization's ideological battle against the West. These articles focus on indoctrinating women into the worldview of the group, replete with support for terrorist organizations and calls for material and financial support for jihad. One article, "When the Pain Isn't Painful Anymore," advises women to awaken to the suffering of the Muslim nation at the hands of the Crusaders and support the Islamic State of Iraq, an al-Qaida affiliate, in its war on America. But the magazine's focus on women translates to the noticeable absence of articles discussing bomb construction and deployment, battlefield training, and specific targets.

The article, "Marriage with a Mujahid," preaches a similarly adapted jihad for women. "The first aspect that we would like to tell you about is the aspect of devotion to the natural life that you will live, from the commands of Allah the almighty, and that you choose the path of the Jihad and support of Allah's religion," the article opens. However the remainder of the article discusses the importance of picking a husband willing to fight and a woman's self-sacrifice in marrying a future warrior.

The Majestic Woman's new magazine and media group is the latest attempt to move from sporadic publications of the al-Qaida's past to a sustained Arabic-language genre. According to a jihad-monitoring site Jihadology.net, al-Qaida in Saudi Arabia previously released al-Khansa, The Gazelle, in 2004. In February 2010, another group released Hafidat al-Khansa, Granddaughters of al-Khansa, but that publication only lasted two issues. Both magazines touched on similar issues to those presented in The Majestic. The wife of al-Qaeda mastermind Ayman al-Zawahiri, Umaymah al-Zawahiri, also produced a December 2009 "Letter to the Muslim Sisters," reinforcing the support role of women, and offering mixed statements on actual fighting.

There has also been a noticeable lack of material for women among English-language jihadi groups. Zachary Chesser, an American terrorist convicted on charges of trying to join al-Shabaab, tried to produce a similar English-language magazine called Raising Al-Qaa'ida. Translations of treatises, such as AQAP leader Yusuf al-Uyayri's "The Role of the Women in Fighting the Enemies," also reminded women of the need to avoid being an "obstacle" to jihad, but instead, to enable their men. However, neither Chesser's attempt nor the translations of treatises created a sustained tool for radicalizing female audiences.