As it comes under increasing fire for its poor human-rights record, Iran has decided to change the subject by focusing on purported Zionist and Freemason "conspiracies" against Muslims.

On Sunday, the United States condemned Iranian repression of opposition supporters, and the following day Great Britain called on the United Nations to appoint a special investigator of human rights abuses in Iran.

So Tehran struck back with a complaint of its own: that the logo for the 2012 London Olympic Games is a "disgraceful" reminder of the word "Zion." In a statement on the website of the Iranian Students News Agency, the National Olympic Committee of Iran warned that if a new logo was not designed, then the Islamic Republic might not participate. 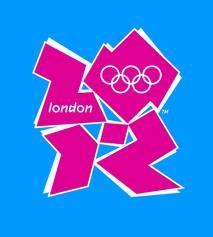 "This is the first time that it has happened in the history of Olympic (sic). Zionists have exercised influence in Britain and based on our information, designer of the summer games' logo has been a Zionist organization linked to Freemasons," Afsharzadeh added.

Mohammed Aliabadi of the Iranian Olympic Committee called the symbol a sign of "racism." In a letter to the president of the International Olympic Committee, he wrote that "The use of the word Zion by the designer of [the] Olympics logo…. in the emblem of the Olympic Games 2012 is a very revolting act."

A spokesman for the London 2012 games denied any claims of a pro-Israel conspiracy. "The London 2012 logo represents the year 2012, nothing else," he said.