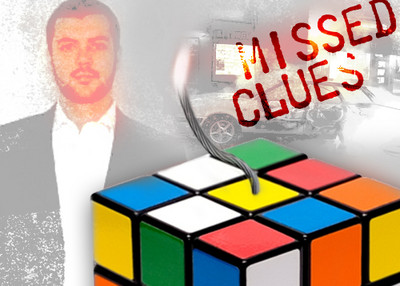 British and Swedish authorities admit to lapses in identifying and controlling Islamist militancy following Stockholm's first suicide bombing. It's an acknowledgement made evident by the proliferation of terrorism cases in Britain, as well as disclosures among Wikileaks releases which show northern Europe's struggle to counter Islamic extremism.

"Whether it's making sure that imams coming over to this country can speak English properly, whether it's making sure we deradicalize our universities, I think we do have to take a range of further steps," British Prime Minister David Cameron said after the Swedish attack. "But we've also got to ask why it is that so many young men in our own country get radicalized in this completely unacceptable way."

It's a question that has been on the table for at least four years. In 2006 diplomatic cables released by Wikileaks last week, U.S. officials discuss frustration over the apparent failure of British counter-radicalism efforts. An August 2006 cable assessed that the British government "has invested considerable time and resources in engaging the British Muslim community. The current tensions demonstrate just how little progress has been made."

Questions abound about how and where Swedish bomber Taimour Abdulwahab al-Abdaly became radicalized. In 1992, 11-year-old Al-Abdaly immigrated with his family to Tranås, Sweden. According to an acquaintance, Jean Jalabian, he had girlfriends and drank alcohol. Jalabian told Swedish paper Expressen, "He was just like any other young man. He loved life, he had lots of friends and was out and partied just like anyone else."

His family and friends noted a change in his actions after he went to a university in Luton, England, where he received a degree in physical therapy and married a conservative Muslim woman. Expressen quoted a family friend who said following Al-Abdaly's time in England "that he became another person. It's hard to say how. He changed and became more restrictive." The effect was noticeable during a 2005 visit to Sweden, when Abdaly broke contact with old friends and appeared to have been become more withdrawn.

As al-Abdaly became more conservative, mosque goers at the Islamic Center of Luton [ICL] noted he became involved in radicalizing other youth. Radicalism of this type is not an uncommon theme among British Muslim youth. A 2007 report found that 40 percent of Muslims between 16 and 24 would rather live under sharia law in Britain, whereas one in eight admired groups like al-Qaida that "are prepared to fight the West." Sentiments like these, particularly on university campuses, contributed to the radicalization of British-educated Muslims like failed-Christmas Day Bomber Umar Farouk Abdulmutallab and Waheed Zaman of the "Transatlantic liquid bomb" plot.

During the month of Ramadan 2007, al-Abdaly made extremist remarks at the mosque, which caused a confrontation between him and mosque leaders. "He was saying physical jihad was an obligation for all Muslims and saying that Muslim scholars are unreliable and untrustworthy because they are in the pockets of governments," Mosque Chairman Qadeer Baksh said. The mosque did not report Al-Abdaly to the police. ICL rejects violence, such as in a speech given after the 7/7 London attacks, although the same speech also condones forms of wife beating and promotes the conversion of Britain to Islam.

After the confrontation, media reports indicate that al-Abdaly began preaching radical content at his former university before briefly traveling to Yemen.

According to an audio message received by Swedish news sources, al-Abdaly traveled to the Middle East for the purpose of jihad. This has generated speculation that he may have joined and received training from the Islamic State of Iraq, a group which he admired on his FaceBook account and which responded with congratulations to his attack.

Al-Abdaly's case slipped under the radar of British and Swedish authorities, just as the British government missed signs of radicalization by Abdulmutallab or terrorist ideologue Anwar al-Awlaki. Al-Abdaly was not on a list of 200 radicals being monitored by Sweden's national security service, Säpo. "He was completely unknown to the security service and there was nothing on him from earlier," said Tomas Lindstrand, a prosecutor speaking for the Swedish government. In the wake of the attack, British Prime Minister Cameron acknowledged "We have not done enough to deal with the promotion of extremist Islamism in our own country."

That sentiment is echoed in U.S. diplomatic cables disclosed by Wikileaks. An August 2006 cable stated that the Muslim community was "frustrated by the bruising" it had received from counterterrorism efforts. As a result, "prominent British Muslims sent an open letter to [former] PM Tony Blair… blaming his policy on Iraq and the Middle East for fueling extremism and putting British citizens at risk."

According to the cable, the British government reacted "angrily," with former British Foreign Minister Margaret Beckett calling the letter "part of a distorted view of the world, a distorted view of life." She also said, "Let's put the blame where it belongs: with people who want only want to take innocent lives." The U.S. cable assessed that the British government "has invested considerable time and resources in engaging the British Muslim community. The current tensions demonstrate just how little progress has been made."

I remember in early 1980's when I was studying at the university, there was very strange happened in the classroom. Suddenly a bunch of classmates withdraw themself into a small group who did not want to talk or shake hand to other female classmates. There was a mosque inside the university and we noticed those people were always busy to attend a mosque activities. They regularly went to seminars somewhere outside of town. I never forgot how they refused to speak to me because I am a woman, pretended that I never exist in front of them. For long time I wondered why they do that? I found the answer in 1990's that they were systematically radicalized by certain islamic organization. Now they became lecturers at the university to grow radical ideology to establish shariah law.

I guess such event also happened in Europe or any places in this earth without proper monitoring. After 30 years of effort to radicalize the youth, of course this phenomenom in the end showing result that huge bunch of radical muslims group will grip the life of non muslim, in order to reach their goal to islamize the world.

Radical Islam in the West grows

And this, of course, is what my Radical State is all about. Yes, this is shameless self-promotion here -- but I wrote the book for a reason: to alert people to the problem, the challenges, and the threats. (Thank you, Steve Emerson, for your glorious review of it, as well, here: http://www.investigativeproject.org/2248/esmans-compelling-radical-state) I can't help but hope that if more people read it -- especially those in a position to change the West's approach to these issues -- we'll be a whole lot safer.