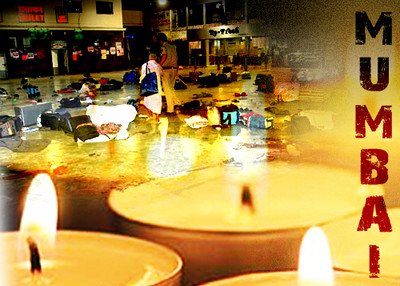 As the world prepares to mark the two-year anniversary of the deadly 2008 Mumbai attacks, one of the biggest threats facing counter-terrorism officials is the possibility of another Mumbai-style attack in a major Western city.

In recent weeks it has been revealed that al-Qaida and its affiliates in Yemen and Northern Africa are actively planning Mumbai-style fedayeen attacks on European and Western cities. Seeking to prevent the murder and mayhem that accompanied the terrorist attacks, international law enforcement officials have responded in varied ways.

India, understandably, is on high alert. Arrests related to terrorist plots have been made in Denmark and Belgium. German security officials have canceled leave and beefed up their presence at transportation hubs. British officials are urging vigilance and say the threat of attack is the highest since the 2007 London bombings.

Ten Lashkar-e Tayyiba militants took the city of Mumbai hostage on Nov. 26, 2008, killing 183 people and injuring hundreds more during a nearly three-day siege. They attacked several high profile targets throughout the city, including two luxury hotels—the Taj Mahal Palace and the Oberoi-Trident—along with the main railway terminal, a Jewish cultural center, a café frequented by westerners, a movie theater, and two hospitals.

These civilian and tourist areas were largely unsecured in 2008, not just in India but around the world. Commenting on the threat posed to these "soft targets" at the time, Brahma Chellaney, a top strategic expert at a leading think tank in New Delhi told the Investigative Project on Terrorism, "what happened in Mumbai in 2008 is a novel method that is likely to be replicated in the West before long." Indeed, earlier this year, Indonesia foiled a Mumbai-style plot by al-Qaida in Aceh.

Now, two years later, these locations remain unsecured throughout much of the Western world. Unsurprisingly, al-Qaida has noticed.

The new English-language Internet publication by al Qaida in the Arabian Peninsula, Inspire, makes numerous references to the organization's interest in smaller attacks aimed at "soft targets." The first issue introduced its readers to the concept of "open source jihad," noting the magazine "allows Muslims to train at home instead of risking a dangerous travel abroad." The second issue built upon the concept, moving beyond home-made explosives to what is called "the ultimate mowing machine." "The 'terrorizing' element is great. With blades welded to the truck and slashing out at the enemies of Allah at high speed, you can imagine the scene after such an operation," Inspire explains while directing potential jihadists to crowded restaurants and streets. Most recently, the third issue of Inspire, which focused on the recent cargo bomb plot, stressed the need for smaller attacks aimed at civilians.

Last month, intelligence officials revealed that Islamic terrorists are targeting European capitals. The news prompted the United States to take the unprecedented step of issuing a travel alert for Europe. "U.S. citizens are reminded of the potential for terrorists to attack public transportation systems and other tourist infrastructure," the State Department explained. "Current information suggests that al Qaida and affiliated organizations continue to plan terrorist attacks."

In response, governments throughout Europe and the United States have enhanced security in response to the evolving threat. Although the most common defense has been increased police presence and other visible security measures, some countries have limited access to major tourist attractions and government centers.

Germany has increased security following warnings that attackers would arrive from India or the Gulf to target German shoppers at Christmas markets. On November 22, the Reichstag was closed to tourists until further notice. The move came after Germany's Der Spiegel magazine reported the discovery of plans by militants to break into the parliament in central Berlin and take hostages.

London implemented similar measures when it banned foreigners from visiting Big Ben due to security concerns. Citing the cost and time associated with conducting background checks on visitors, the Keeper of The Great Clock announced the change in policy. Foreigners continue to be able to tour the British Parliament.

The Eiffel Tower in Paris has been the target of repeated threats by al-Qaida and other terrorist organizations, prompting the government to evacuate the popular tourist landmark (see here and here). Even in light of the most recent threats, France has yet to take the steps that Germany and London have taken to shut down popular tourist attractions.

Similar to France, the United States has beefed up security while keeping public places open to tourists. In October of this year, the New York Police Department conducted a drill to simulate and respond to a Mumbai-style attack. The tactical exercised included simulated explosions and active shooters in multiple locations, the type of conditions possible if attackers attempted a Mumbai-style attack.

Maybe Imam Obama needs to dole out a few millions, nay billions after all all these education and propoganda costs money and is not free. Everyone bow down to Imam Obama (aka Bowing to the saudis) and say AllahOAkbar!!!

The Solution to the Unstoppable acts of Terrorism

First we must go back, and I mean go back, to the time we were born,and then progress to childhood,and stop there,and think,who do we love,above above all things, If you can answer that question,you have the answer,and the key,to turning back this vile tide of unspeakable acts that debases all human dignity.

The implications to the answer, is that you have to think logically,and not morally as we have been doing so for many years and made very little progress in this never ending battle.

its a hard decision and will outrage the whole of civilized society,but we must go back in time again,for we have forgotten the lessons learnt from are Fathers of the past.

For we must reflect on the carnage and loss of life of all human beings in a time of Violent aggression,for no quarter was given on either side, and even then we had those that were on a Holy Jihad, willing to turn the human bodies into weapons of mass destruction.

So to but put a end to this sort of behavior we targeted, there loved ones, and there country on several occasions with the most devastating devices the world had ever known.

And only when you take this message to there loved ones, and target the perpetrators families and sacrifice there lives, as there sons do to ares, will you rapidly bring normality to the world in for the new generation to come.

That decision was carried out by great Leaders of the world, which gave us temporary peace during are life time during WW2

The lesson here is you have to go" beyond human decency and moral or religious thought" when dealing with these satanic vile mass murders, of are Children, Mothers and Fathers.

For if I decide to go on a Holy Crusade or Jihad in the House of Parliament,and commit the most heinous of crimes, because I dont like there decisions, which is often in my case, I would reflect if it meant, that my Sister, Brother,Farther, Mother, children or those relatives connected to my own personal Family were sentenced to death because of my Radical ways. For I would be destroying the ones I love, and that would mentally cause me the most profound grief and hurt,and have to reassess, my next move, and bring a End to my thoughts of killing many others, in the name of whatever religious domination I belong too.

If we are to survive we must act in the ways of the Terrorist and not in the ways normality. For evilness is on are Doorstep and we have left the Doors open and now paying the price.