From Radical Islamist Ally to Superhawk: The Transformation of Tom Campbell 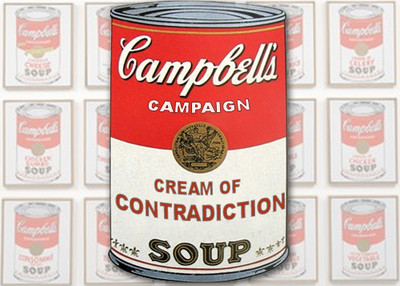 As a member of the House of Representatives from 1995 to 2001, Tom Campbell was known as a stalwart of the Republican Party's moderate-to-liberal wing and a political ally of Islamist organizations.

He is paying a price for some of those alliances in the 2010 California U.S. Senate campaign. Republican primary opponents Carly Fiorina and Chuck DeVore have criticized Campbell - considered the race's frontrunner - and tried to paint him as soft on terrorism.

In response, Campbell has acknowledged failing to pick up on the radical ties of two past supporters. He casts those episodes as the product of ignorance and poor research, insisting they are isolated instances in an otherwise solid record on security issues. A look at his record, however, reveals a larger pattern of statements and actions involving radical Islamists that defined Campbell's public life between 1995 and 2002.

Campbell, who represented California's 15th Congressional District (an affluent area including Silicon Valley), clearly had close ties to Sami Al-Arian and Abdurahman Alamoudi, both of whom were later convicted on charges related to terrorism support. He joined Reps. David Bonior (D-MI) and John Conyers (D-MI) in fighting to bar the use of classified evidence in deportation cases. Campbell sought to reduce U.S. aid to Egypt and Israel and was a critic of U.S. sanctions in Iraq.

And Campbell also forged strong political relationships with Muslim Brotherhood-linked organizations like the Council on American-Islamic Relations (CAIR) and the Islamic Society of North America (ISNA). Islamist ideologues including Salam al-Marayati of the Muslim Public Affairs Council (MPAC) and Omar Ahmad of CAIR attended and spoke at fundraisers for Campbell during his Senate campaign a decade ago.

Now, in his third bid for the Senate, Campbell is running as a conservative and a national-security hawk.

According to his campaign website, Campbell favors the death penalty for terrorists "who have taken innocent lives." He also "disapproves of bringing foreign terrorists for trial into the civilian system, in New York or elsewhere. They should be kept in Guantanamo, and tried under military tribunals."

Campbell has also said the United States should support Israel if it takes military action against Iran's nuclear weapons programs. "Everyone prays for a peaceful resolution, but we must also be realistic. Another threatened round of sanctions is no more likely to deter Iran from its goal than all the previous sanctions," Campbell said on his campaign website last month.

After the first primary debate was held March 5, Campbell campaign manager Hana Callaghan issued an e-mail statement telling supporters that Campbell "was the only candidate to consistently take the fight directly to [incumbent] Senator Barbara Boxer."

"Tom's record is clear," she added. "He was the only candidate to voice clear support for Israel's pre-emptive right to self-defense against the Iranian nuclear threat, and opposes the Obama Administration's plan to try the 9/11 terrorists on American soil."

Such hawkish stands have been complicated by his previous support for Al-Arian.

Campbell befriended the then-University of South Florida professor during the 1990s. At the time, Al-Arian was lobbying to ban the use of classified intelligence in deportation cases. It was part of a campaign to get his brother-in-law, Mazen Al-Najjar, released from jail. Al-Najjar was being held without bond based on secret evidence tying him to the Palestinian Islamic Jihad (PIJ) while he appealed a deportation order. During the same period, Al-Arian was under criminal investigation for similar ties.

Campbell enthusiastically supported him, paying a jailhouse visit to Al-Najjar in May 2000 after co-sponsoring the legislation ending the use of secret evidence. Campbell, Al-Arian and Al-Najjar were all interviewed for a 1999 film called "Uncivil Liberties, Secret Trials in America," which attacked the use of classified intelligence in immigration cases. In the film, Campbell compared the practice to racial segregation.

Allowing it would provide "security, but that's the security of a police state. And I won't have any part of it," Campbell said.

In 2006, Al-Arian pled guilty to providing goods and services to the PIJ. When the University of South Florida first moved to fire Al-Arian in 2002, Campbell wrote a letter to the school's president which urged reconsideration and expressed "sincere alarm" that Al-Arian was being treated unfairly because of his views. By this time, records already made public showed Al-Arian solicited money for "the jihad movement in Palestine" and lauding a terrorist attack.

Campbell said he was unaware of that letter or videotaped statements like this when he wrote his letter.

(Read more about Campbell's efforts on behalf of Al-Arian here and here.) In a March 9 statement, Campbell's campaign defended his letter supporting Al-Arian. Campaign spokesman James Fisfis accused critics of conducting a "hysterical witch hunt" and seeking to "run the Constitution through the shredder for political gain."

Similarly, Campbell has acknowledged that he made a mistake when he kept a $1,000 contribution from Alamoudi in the closing days of the 2000 campaign. Like Al-Arian, Alamoudi was on record endorsing terrorism before Campbell accepted his contribution.

On May 24, 2000, Alamoudi participated in an Islamonline web chat, during which he was asked, "What can Muslims do to decrease the influence of the zionist (sic) lobby on the Presidential candidates?" Alamoudi replied that Muslims should "work for the next six months in California" to mobilize Muslim voters.

If Muslims did this, "We will be able to be king-makers not only in the presidential campaigns, but also, we will put a tested friend in the senate (sic), namely representative Tom Campbell," Alamoudi wrote.

On October 28, 2000, Alamoudi spoke at Lafayette Park, directly across the street from the White House, declaring, "We are all supporters of Hamas" and "I am a supporter of Hizballah."

The defiant speech came in the early days of the second Palestinian Intifada, a period marked by bloody terrorist attacks throughout Israel, many by Hamas. Three weeks earlier, Hizballah had launched a cross-border raid into northern Israel, kidnapping three Israeli soldiers. (Their bodies were returned in a prisoner exchange several years later.)

In the wake of these comments, two Senate candidates - Campbell and Hillary Clinton, the Democratic Senate nominee in New York - came under pressure to return campaign contributions from Alamoudi.

Clinton returned the money, but Campbell refused, saying he had spoken with Alamoudi and felt comfortable with his position. "He had never supported violence nor encouraged anybody to engage in it," Campbell said of Alamoudi in November 2000.

Three years later, after his arrest at Heathrow airport with a bag containing $340,000, Alamoudi was indicted for dealings with Libyan dictator's Moammar Qadhafi's regime. In a 2004 plea agreement, he admitted that his support involved a conspiracy to assassinate the Saudi Crown Prince. Government officials also claim Alamoudi had ties with al Qaeda. The Treasury Department called his arrest "a severe blow to al Qaeda," saying he raised approximately $1 million for the Movement for Islamic Reform in Arabia (MIRA) Foundation – a group tied to that transnational terror organization.

Asked about his decision to keep Alamoudi's donation in 2000, Campbell recently said: "I was in error and I deeply regret it."

As with Alamoudi, Clinton returned campaign contributions from a questionable source while Campbell refused. Saying she was offended by remarks attributed AMA members on a number of topics, Clinton gave back $50,000 she received at an event sponsored by the organization.

Campbell, in contrast, made the following statement outside the Islamic Center in Los Angeles: "I will not insult a single donor to my campaign by returning their contribution because the American Muslim Council or the American Muslim Alliance was associated with raising it."

In October 2001, Campbell received a "lifetime achievement" award from Saeed at an AMA conference. At the conference, "Speaker after speaker agreed that bombing Afghanistan, supporting a violent Israeli state and placing sanctions on Iraq is no way to end terrorism," the Washington Report on Middle East Affairs reported.

In the spring of 2001, Campbell joined former U.S. Rep. Paul Findley and Alison Weir on the dais at a public event in San Jose. Weir, a freelance reporter who had just returned from a visit to the West Bank and Gaza, was asked by CAIR to speak about her trip.

In a recent essay, Weir said her talk was a description of "destroyed homes, devastated neighborhoods, razed agricultural lands, children who had been shot by invading Israeli forces (all before a single Palestinian rocket had been fired.)" At the conclusion of her remarks, she wrote, everyone in the room gave her a standing ovation:

"One of the first on his feet was Tom Campbell."

Commenting on her talk, Campbell wrote that "Ms. Weir is intelligent, careful, and critical. American policy makers would benefit greatly from hearing her first-hand observations and attempting to answer the questions she poses." Weir later placed Campbell's comments on the website of her organization "If Americans Knew."

California voters are going to have to figure out who the "real" Tom Campbell is: the man who spent the late 1990s and months after 9/11 making common cause with people like Alison Weir and Abdurahman Alamoudi or the Tom Campbell of today.

Nice article. At least the Campbell soup can tells you what's in it. Tom Campbell only tells you what's in it for him. He does this by hiding his record of appeasing terrorists. While the people of California elect two left-wing senators and San Francisco sends a relentless socialisl to be Speaker Of The House, can they at the same time pause before the next pitch and think about not giving a base-on-balls to the next senate Democrat?.