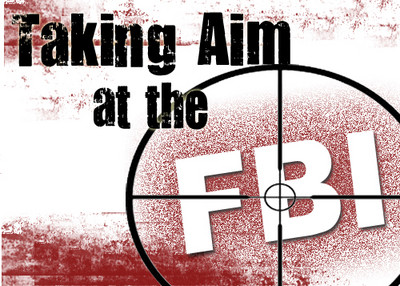 Last week's shooting death of a radical Detroit imam as FBI agents tried to arrest him is unfortunate. Responsible parties should study what happened to identify any lessons in how to avoid a repeat occurrence.

Sadly, those lessons are not the ones being emphasized by Islamic advocacy groups that present themselves as moderate. While many details remain undisclosed, basic facts about the incident are public and show that Luqman Abdullah's actions triggered the events that led to his death. Thus, he is a poor example for alleging FBI malfeasance.

Abdullah was charged in a criminal complaint with conspiring to sell stolen goods, violating weapon laws and other crimes rooted in his leadership of a Detroit area mosque. Given his record of encouraging his followers to keep armed and to resist law enforcement, he was considered armed and dangerous by arresting agents.

Abdullah was shot and killed when he fired first, killing an FBI dog.

Four other defendants who were with Abdullah in a warehouse when agents stormed in last week were arrested unharmed after surrendering. The bottom line is one guy fired his weapon. One guy got shot. Nothing happened to the others. That's not a sign of recklessness by the authorities.

Critics have disparagingly focused on the dog's death, as if the fire returned was based on a moral judgment equating a human life with an animal's. The dog, a Belgian Malinois named Freddy, will be honored on the FBI's memorial wall.

Where he aimed is less an issue than the fact that Abdullah fired his weapon during that tense moment in which agents were ordering suspects considered armed and dangerous to surrender.

Abdullah was a protégé of Jamil Al-Amin, the former Black Panther born H. Rap Brown. Al-Amin is serving a life prison sentence for the 2000 killing of a Fulton County Sheriff's deputy who came to serve him with an arrest warrant. Al-Amin maintains his innocence but his appeals since his 2002 conviction have gone nowhere.

Abdullah helped raise money for Al-Amin's legal expenses and, according to the criminal complaint, adhered to Al-Amin's ambition of creating a state within the U.S. governed by Islamic law.

Abdullah preached offensive jihad and used his mosque for training in martial arts and with firearms. He was recorded in a 2004 sermon yelling, "Police, so what? Police die too! Feds die too!" and "Do not carry a pistol if you're going to give it up to police. You give them a bullet."

He also vowed he would not go peacefully should law enforcement ever come to get him. Arresting agents knew this when they cornered Abdullah last week.

With that as context, the hyperbolic reaction emanating from supposedly sober, reliable partners of law enforcement is troubling.

The Islamic Society of North America (ISNA) issued a statement that was an exercise in double-speak. First, it stressed its support for law enforcement "and finds no justification for resisting duly executed arrest warrants. It further calls on all Muslims to reject any attempts that aim at undermining the rule of law or subverting the constitution."

Having said that, it demanded a full investigation into the shooting, saying the Muslim community "must be persuaded that FBI agents do not use excessive force or act out of an unfounded suspicion and exaggerated fear."

It might be persuasive for ISNA to say that, based on the available information, Abdullah harbored a deep hatred of the police, vowed not to go down without a fight and seems to have made a horrible decision which ended his life.

At least ISNA's statement had a measure of balance. Dawud Walid, executive director of the Council on American-Islamic Relations (CAIR) Michigan office, has been in the forefront of those seeking to turn Abdullah's actions into an indictment of the FBI. A Detroit columnist offered this quote about the episode:

"'Is this the kind of excessive force that we black Americans are all too familiar with?' Walid asked. Walid is also troubled by the use of informants and what he called agent provocateurs who entice people into criminal activities."

In a word, no. The kind of "excessive force" he refers to usually involves beatings and shootings of unarmed suspects. It's a legitimate issue that is not connected to this case. These concerns would resonate more deeply had Abdullah been unarmed, or had laid down his weapon and chosen to fight the allegations against him in court and still been gunned down. But that's not what happened.

The American Muslim Task Force on Civil Right and Elections (AMT) also has called for "an independent investigation of Imam Luqman Ameen Abdullah's death [to] make public the exact circumstances in which he died."

The AMT faulted the complaint against Abdullah and 11 other men for citing the religious justification used in the group's alleged criminal activity.

We're used to seeing these same players criticize and seek to undermine counter-terror investigations by labeling them as anti-Muslim witch hunts or rife with other flaws. In this case, they're not only deflecting attention away from the allegations in the complaint, they're casting federal law enforcement as trigger happy killers.

Meanwhile, Imam Abdul Alim Musa, who served with Abdullah on the board of the Muslim Alliance of North America (MANA), went on Iranian state television to call Abdullah's death an "assassination:"

"This is to intimidate the rest of the Muslim community. The Muslims in America are under a lot of pressure and the masjids, the Muslim centers, the community centers are full of government infiltrators, spies, and saboteurs who try to break the back of this wonderful Islamic movement in North America.

So what the government is doing by assassinating Imam Luqman is trying to intimidate the Muslim community, especially the black community."

Musa is the same imam who defended Jamil Al-Amin by invoking a threatening statement and who defended suicide bombers as martyrs destined for paradise.

A New York Times story on the brewing controversy did find one clear-eyed religious leader who pinpointed the motivation behind it. Eide A. Alawan, director of the office of interfaith outreach at the Islamic Center of America, told the newspaper:

"This is not the first time in history that someone has used a religion to do some harm in the name of faith. Now is an opportune time for some to show their militancy. It gets attention. But it's no different than the Ku Klux Klan in the 40s and 50s using the cross."

An FBI team is in Detroit investigating the shooting. Because it took place in Dearborn, police there also have jurisdiction and are investigating, too. Regardless of their findings, don't expect those stirring the pot to express satisfaction with the outcome.

The elements here are simple and the lesson is clear. An ideology of confrontation with the authorities does not end well. Some fringe elements are calling Abdullah a martyr and no doubt many will view him that way.

In doing so, they will serve only to harden more hearts and foster future violence. That's quite a legacy.

The fbi and several other so-called lawdeforcememt agencies for too long have believed that they are above the law,because they posses a bage an gun.I guess they feal to understand that an unjust law is nolaw.