More Anti-Semitism From an ISNA Outlet 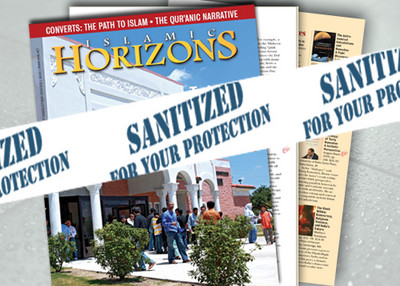 The Islamic Society of North America (ISNA), arguably the nation's most politically influential Muslim organization, has a habit of contradicting itself. On one hand the group sponsors a campaign to stop hate speech and incitement to violence in the media; on the other hand it sanitizes an anti-Semitic book review in the latest issue of its publication, Islamic Horizons.

This is not the first time that ISNA's assertions about standing against bigotry and for dialogue have failed to trickle deeper into the group's actions and editorial oversight.

Originally published in the Muslim Link, parts of Subreen's review of the book by the former U.S. ambassador to Israel read like a piece of cheap Jew hatred:

"Indyk has US citizenship but his loyalty is to the state of Israel at the expense of American security. Martin Indyk embodies the cause of 9-11. Martin Indyk is part of a cabal, a fifth column, whose only interest is to use all its resources to benefit the theocratic apartheid state of Israel. Pat Buchanan said it best in 2004:

'... We charge that a cabal of polemicists and public officials seek to ensnare our country in a series of wars that are not in America 's interests... They charge us with anti-Semitism--i.e., a hatred of Jews for their faith, heritage, or ancestry. False. The truth is, those hurling these charges harbor a "passionate attachment" to a nation not our own that causes them to subordinate the interests of their own country and to act on assumption that, somehow, what's good for Israel is good for America.'" [Emphasis added]

"The author's voice is mired in old world hatreds and bogged down by fear mongering… When I say fear mongering I mean Indyk's implications that since the Jews have been persecuted throughout history, they are therefore justified in their genocide of the Palestinian people."

Islamic Horizons' editors did not include the above quotes in their summary of Subreen's review. But it's fair to question why Subreen's writings were included at all, given his anti-Semitic message.

The summary does include Subreen's criticism that Indyk's book is flawed by the author's "anti-Arab views and pro-Israeli spin on history."

The summary also sheds light on Subreen's naïve assertions about the Arab-Israeli conflict. Subreen states that the conflict remains unsolved because of Israel 's leverage over the international community and the United Nations. Likewise, Subreen calls Hamas the Palestinian people's "legitimate representatives" and attacks Indyk for recognizing the violent June 2007 Hamas coup as a military putsch.

Then there's the question of who Subreen is. The footer on his original review and Islamic Horizons' reproduction identifies Subreen as a consultant for the Republican National Committee and a fellow at the Aspen Institute. A Google search for his name turns up only the original book review. The Aspen Institute has no record of Subreen in its database.

Including excerpts of Subreen's review is an interesting editorial decision for a magazine published by a group which spends a considerable amount of time trying to engage in interfaith dialogue with Jews.

ISNA's 2009 46th National Convention featured an anti-Semitic, gay-bashing rant from Warith Deen Umar, who promoted his books on Jewish conspiracies, advocated for "more jihad" and claimed Hurricane Katrina was part of God's wrath for turning against his laws through homosexuality.

This is not the first time that the book review section of ISNA's magazine has been used to promote questionable content. The March/April issue of Islamic Horizons from this year featured a book review entitled "An Admired Jihad," which discussed the history of an Algerian's fight against French colonialism. This is the lesson that the article drew from this important moment in history:

"Abd el-Kader's resistance to French imperialism and France's belief in its own virtue and superior civilization has many parallels with America's efforts to 'democratize' other countries, especially the Arab world today…Although deeply committed to prayer, Abd el-Kader did not shrink from taking up arms against the French occupiers when necessary."

All of this comes at a particularly critical time, as ISNA is trying to change its image from a Muslim Brotherhood rooted organization to a more palatable partner for interfaith dialogue and government cooperation. Yet, even as ISNA tries to break with its past, the latent feelings of several of its officials continue rising to the surface.

A close examination shows that ISNA is sending mixed signals. It condemns acts of terror but then glorifies jihad. It abhors anti-Semitism but brings known anti-Semites to its conferences or panders to their opinions in its publications.

It is going to take more than empty apologies to establish solid relationships with politicians and other faith based communities that ISNA so badly claims to crave, And before ISNA makes these critical changes, the government should think twice about deepening its engagement with the organization.