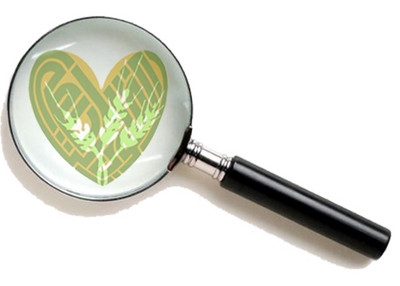 Treasury Department officials have yet to say whether they will appeal on Ohio judge's ruling that their 2006 asset freeze against an Islamic charity violated the group's due process rights.

Treasury officials accuse KindHearts for Charitable Humanitarian Development of taking over fundraising for Hamas in the United States after the government forced the Holy Land Foundation for Relief and Development (HLF) to shut down in 2001. That action was upheld by a federal judge in Washington, D.C.

HLF and five officials subsequently were indicted and convicted of illegally funneling more than $12 million to Hamas.

For one, the Treasury Department labeled HLF a Specially Designated Global Terrorist in its 2001 action. In contrast, KindHearts saw about $1 million of its assets frozen in February 2006 while Treasury investigated whether the charity deserved the same designation.

Officials then were slow, or even unresponsive to requests from KindHearts' attorneys for information and evidence that prompted the action. That, Carr ruled, "failed to provide the two fundamental requirements of due process: meaningful notice and opportunity to be heard."

When it did provide KindHearts attorneys with 35 exhibits, "OFAC did not include a statement explaining how those exhibits related to its charges against KindHearts, or how those documents were relevant," Carr wrote. He also faulted the government for not being specific, noting Treasury acknowledges that KindHearts did not send all its money to Hamas but did not show what portion did go to the terrorist group:

Treasury officials told KindHearts that its review concluded the charity should be a Specially Designated Global Terrorist, but KindHearts won an injunction preventing Treasury from acting on that pending the outcome of this litigation.

Carr scheduled a hearing in September to discuss ways to resolve the problems he had with the KindHearts freeze. The ruling's impact on the government's ability to freeze the assets of suspected terrorist supporters is being debated.

The New York Times reported that if it stands, "the ruling could severely undercut the government's authority" and force it undergo judicial scrutiny before going after other charities.

Predictably, the ruling was hailed by Islamist groups who defended the Holy Land Foundation. The Council on American-Islamic Relations (CAIR), whose founders were deeply implicated in the U.S.-based Hamas support network, issued a statement hailing the ruling as a win against government actions which "impaired the ability of American Muslims to carry out their religious obligation to help the needy in this country and overseas."

"Kind Hearts, and we believe, other Muslim humanitarian organizations, were never guilty of terrorist activities, as the U.S. government falsely alleged."

However, nothing in the ruling clears KindHearts. While Judge Carr's concerns emphasized the way Treasury acted, he did not question the underlying principle that the U.S. can act against groups funding terrorists:

"The government has an indisputably important interest in preventing the flow of funds to overseas terrorist organizations. This is so, even if those organizations, at least for now, are not directly engaged in hostile acts against the United States or its citizens."

So, how difficult would Treasury's task be should the ruling hold and it faces a requirement to provide probable cause in support of the asset freeze? The Investigative Project on Terrorism has compiled a report on KindHearts' connections and fundraising. It can be read here.

Judge Carr's 100-page ruling involved legal matters and all but ignored the merits of the allegations against KindHearts. "The materials provided to KindHearts give rise to some reason to believe that these allegations may be so," Carr wrote.

Law enforcement did establish probable cause to secure search warrants for the KindHearts in Ohio and the home of its president, Khaled Smaili, in 2006. While the index of items seized has been released, the affidavit establishing probable cause remains under seal, court records show.

In announcing the freeze, Treasury Under Secretary for Terrorism and Financial Intelligence Stuart Levey called KindHearts "the progeny of Holy Land Foundation and Global Relief Foundation, which attempted to mask their support for terrorism behind the façade of charitable giving."

Statements by the Treasury Department and senior officials indicate that the government has surveillance tapes of KindHearts officials discussing their Hamas support, and evidence from foreign governments with related evidence. Some of that remains classified. Here are some of the publicly-released reasons why:

Treasury designated Sanabil as a terrorist support organization in August 2003, saying it opened offices in Palestinian refugee camps in Lebanon at the direction of a Hamas leader.

Earlier in 2003, Smaili "complained that scrutiny by U.S. law enforcement and intelligence officials was making it almost impossible for KindHearts to assist Hamas."

Szubin's statement contains more details, and the government acknowledges it has classified evidence on KindHearts.

The ongoing seal keeping the 2006 search warrant affidavit secret indicates the group remains under criminal investigation. Judge Carr's ruling has the potential to make it more difficult for the Treasury Department to clamp down on terror financiers, but it won't end the process of Specially Designated Global Terrorists. And it will do nothing to re-establish KindHearts operations or its apparent links to Hamas financing.

To see the IPT report on KindHearts, click here.