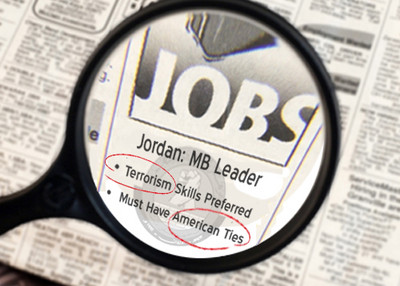 A trustee of an Islamic think tank in Northern Virginia that is long suspected of financing terrorists is expected to become the new head of the Muslim Brotherhood's chapter in Jordan.

Ishaq Farhan is expected to be named interim head of the Islamic Action Front (IAF), which is the Muslim Brotherhood's Jordanian political wing, the Jordan Times reported. The move follows the resignation of IAF directors after a leadership dispute.

As first reported by the Global Muslim Brotherhood Daily Report, Farhan also is a longtime trustee of the International Institute of Islamic Thought (IIIT). He is listed on the organization's IRS Form 990s from at least 2005, through 2007, which is the most recent year available. The 990 is an annual report required of non-profits in the United States detailing their income, expenses and other operating details.

Farhan previously served as the IAF's secretary general, and as an IAF member in the Jordanian Parliament. The IAF has a close relationship with Hamas, which was created by the Muslim Brotherhood in 1987.

As Investigative Project on Terrorism Executive Director Steven Emerson said in congressional testimony in 2000, "Farhan played an integral role in the recruitment of Palestinian youth for the Hamas movement" during attendance at conferences for the Islamic Association for Palestine and the Muslim Arab Youth Association held in the U.S. during the mid 1990s.

Farhan wrote to U.S. officials to protest the detention of then-Hamas political chief Mousa Abu Marzook. Marzook was jailed by U.S. officials between 1995 and early 1997, when he was deported to Jordan.

As IAF secretary general, Farhan demanded Marzook's release, writing in May 1996 that extraditing Marzook to face trial in Israel, as originally planned, would show that the U.S. was "captive to the Zionist will."

Farhan called "on all the governments of the Arab and Islamic Worlds and all defenders of human rights to raise their voices and demand the abolition of this decision and the release of Dr. Musa Abu Marzook, a prisoner of opinion and political struggle."

In November 1996, the U.S. Embassy in Amman received a far more threatening letter about Marzook's detention:

"We demand that you immediately release Dr. Musa Abu Marzook and urge you not to hand him over to the Zionist enemy…We warn you that if you do not release Dr. Musa Abu Marzook, and if you hand him over to the Jews, we will turn the ground upside down over your heads in Amman, Jerusalem, and the rest of the Arab countries and you will lament your dead just as we did to you in Lebanon in 1982 when we destroyed the Marine House with a boobytrapped car, and there are plenty of cars in our country. You also still remember the oil tanker with which we blew up your soldiers in Saudi Arabia."

A State Department translation of the letter indicates that the fax page "bears the Islamic Action Front [IAF] name."

Meanwhile, the IIIT remains the focus of a federal grand jury investigation.

Sami Al-Arian's refusal to testify before that grand jury despite a grant of immunity and court orders is at the heart of his criminal contempt case. A ruling by U.S. District Judge Leonie Brinkema on Al-Arian's motion to dismiss that indictment is expected at any time.

The IIIT helped finance a think tank Al-Arian operated in Tampa, which worked with University of South Florida faculty. That think tank housed Palestinian Islamic Jihad (PIJ) leader Ramadan Shallah during the early 1990s and was listed as the employer for PIJ ideologue and governing board member Basheer Nafi. Immigration agents arrested Nafi in 1996 and deported him after discovering he was working at the IIIT in violation of his work visa.

Attempting to renew Nafi's visa so he could stay in the U.S. was among the tasks Al-Arian, in his 2006 guilty plea, acknowledged doing as a service in support of the PIJ.

Previously released records include a 1992 letter written to Al-Arian by then-IIIT President Taha Jaber Al-Awani. In it, Al-Awani said he considers Al-Arian's think tank "an extension" of IIIT. "When we make a commitment to you or try to offer," Al-Awani wrote, "we do it for you as a group, regardless of the party or the façade you use the donation for."

The financial and work relationships between Al-Arian and the IIIT prompted Virginia prosecutors to subpoena Al-Arian in 2006.

For example, the group was listed among "[a] list of our organizations and the organizations of our friends" in an internal Muslim Brotherhood memorandum about the group's future in North America.

This document has become infamous for its ominous description of the Brotherhood's long-range ambitions in the United States (see page 21 of the link):

"The process of settlement is a "Civilization-Jihadist Process" with all the word means. The Ikhwan [Brotherhood] must understand that their work in America is a kind of grand Jihad in eliminating and destroying the Western civilization from within and "sabotaging" its miserable house by their hands and the hands of the believers so that it is eliminated and God's religion is made victorious over all other religions."

IIIT representatives have acknowledged past ties to the Brotherhood, but claim they broke away years ago. Farhan's clear Brotherhood connection seems to challenge that assertion.

Law enforcement officials have known about Brotherhood ties to the IIIT for 20 years.

Reports obtained by the IPT last year through the Freedom of Information Act show IIIT board members Jamal Barzinji and Yaqub Mirza are listed among "members and leaders of the IKHWAN" or Brotherhood.

The Muslim Brotherhood is a proven Jehadist Group comitted to Khalifa in the US anbd the rest of the world. Why can't they be outlawed in the US like they were in Egypt? An what is the so called moderate muslims in the US's take on them. Isn't it also time to limit emigrants of the Muslim Faith's entry into the US?