Iranian Hardliners and Media Praise the Attack on Salman Rushdie 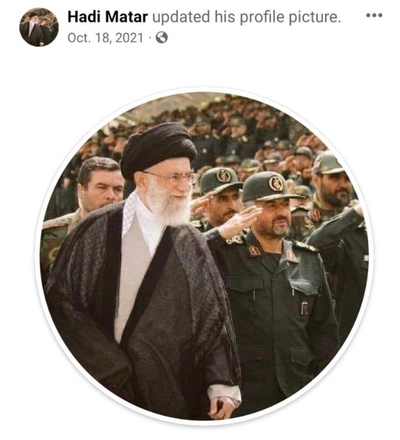 Friday's gruesome attack on Salman Rushdie, the British-American author of the novel The Satanic Verses (1988), has been greeted with enthusiasm by Iranian media and state officials in another demonstration of state-sponsored terrorism.

Rushdie, 75, was stabbed at least 10 times by a man who rushed the stages while he was speaking at a literary festival at New York's Chautauqua Institution. Hadi Matar was detained, and charged with attempted murder and assault.

That night, Rushdie's agent said he was breathing with the help of a ventilator, and "will likely lose one eye; the nerves in his arm were severed; and his liver was stabbed and damaged."

By Sunday, Rushdie was off the ventilator and able to speak.

Matar, 24, is from Fairview, New Jersey. His parents came to America from a southern Lebanese village called Yaroun. The village is a hotbed of Islamist extremism, the Associated Press reported: "Flags of Iran-backed Shia militant group Hezbollah and portraits of leader Hassan Nasrallah, Iran's supreme leader Ayatollah Ali Khamenei, his late predecessor Ayatollah Ruhollah Khomeini, and slain Iranian Gen. Qassem Soleimani are visible across the village, which also has a small Christian population."

Matar's social media posts show support for the Iranian regime and its extremist policies. He had direct online contact with members of Iran's Islamic Revolutionary Guard Corps (IRGC), Vice World News reported Sunday, citing intelligence sources. His Facebook page featured images of Iran's supreme leaders Khamenei and Khomeini and the Quds Force leader Soleimani. When he was arrested, Matar carried a fake driver's license with the name Hassan Mughniyah, matching the first name Hizballah leader Hassan Nasrallah and the surname of Imad Mughniyeh, the Hizballah operative responsible for numerous bombings, including the 1983 attack on the U.S. embassy in Beirut. Mughniyah was killed in a 2008 CIA operation in Syria.

The article invokes the fatwa calling for Rushdie's murder that was imposed by Ayatollah Khomeini in 1989, saying The Satanic Verses constituted an insult against Islam. The fatwa drove Rushdie into hiding for years, the challenges of which he wrote about in a 2013 memoir called Joseph Anton.

Friday's attack sends a warning to "all those like him and those that have supported financially and planned such projects shall know that they will not survive their hideous act and that death shall follow them wherever they are," the Fars News article said. "If they are killed, they will be punished, if not, they will live like dead."

Similar sentiment appeared in the ultra-conservative newspaper Kayhan, whose editor-in-chief is appointed by Ayatollah Ali Khamenei. "A thousand bravos ... to the brave and dutiful person who attacked the apostate and evil Salman Rushdie in New York," Kayhan's article said. "The hand of the man who tore the neck of God's enemy must be kissed."

A follow up story Saturday described the attack as "divine revenge after 34 years."

The same toxic, murder-embracing climate is evident in other Iranian newspapers. The regional Khorasan News glorified the attack with the headline, "The evil on the way to Hell." Iranian media had been targeting Rushdie for quite some time in line with the state-issued death decree.

In 2015, Fars News ran a story presenting Rushdie as a legitimate target to be killed.

Iranian officials and academics joined in praising the attack. Mostafa Mir-Salim, an influential hardline MP who has served as Minister of Culture and Islamic Guidance, threatened Rushdie's supporters indirectly with assassination. "All real and legal persons who support and defend Salman Rushdie are participating in shaping his disgraceful fate and should learn the lesson," he said.

Seyed Mohammad Marandi, an Iranian-American Professor of English Literature and Orientalism at the University of Tehran, wrote that he "won't be shedding tears for a writer who spouts endless hatred & contempt for Muslims & Islam. A pawn of empire who poses as a postcolonial novelist."

The attack on Rushdie is the latest in a series of plots and attacks at least motivated – if not plotted – by the Islamic Republic inside the United States. The U.S. Justice Department announced Aug. 10 that it indicted an IRGC for trying to pay $300,000 to someone in the United States to murder former White House National Security Adviser John Bolton. The plot is believed to be an attempt at retaliation for the 2020 U.S. drone strike in Baghdad that killed IRGC Quds Force leader Qasem Soleimani.

Last month, a man armed with an AK-47 tried to break into the Brooklyn home of Masih Alinejad, an Iranian-American dissident journalist and regime critic. Police arrested 23-year-old Khalid Mehdiyev. Alinejad thinks that Mehdiyev is an Iranian agent and blames the Iranian regime for attempted murder citing relevant briefing from FBI agents.

A year ago, prosecutors charged four Iranian intelligence agents with plotting to kidnap Alinejad and bring her back to Iran.

It is clear that Iran is urging both its citizens and the faithful abroad to engage in kidnapping and murder. "The attack on Salman Rushdie is an attack on our freedoms and values," said Israeli Prime Minister Yair Lapid. "It is the result of decades of incitement led by the extremist regime in Tehran."

Praise of terrorist actions by state media and officials is in itself an act of endorsement of illegal acts and the timing of those incidents should be a cause for serious concern. In any case, it seems clear that targeted assassinations are a favorite modus operandi of the Iranian regime, which has built a notorious legacy of organizing assassinations against its opponents and critics worldwide.

The gruesome attack on Rushdie reminds us once again of the value of free speech. One has to wonder how The Satanic Verses would be received today amid the woke sub-culture that has been raging through Western academia, inflicting censorship. Rushdie acknowledged that in 2012, when he said that "[a] book which was critical of Islam would be difficult to be published now."

When he was attacked, Rushdie's Chautauqua talk discussed "the United States as asylum for writers and other artists in exile and as a home for freedom of creative expression." Freedom of speech is an inalienable right that cannot be compromised under any pretext of communal or individual sensibilities, religious or otherwise.

As Rushdie told the BBC in 2012, "The only way of living in a free society is to feel that you have the right to say and do stuff."