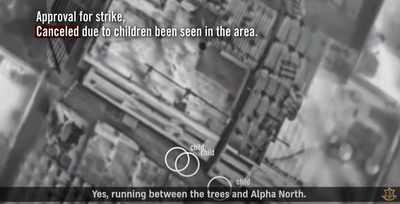 "I can't process that all these children are dead...And more will keep dying as long as the Zionist state exists," Nerdeen Kiswani wrote on Instagram stories. "The only way to get justice for these children will be to end israel [sic]." 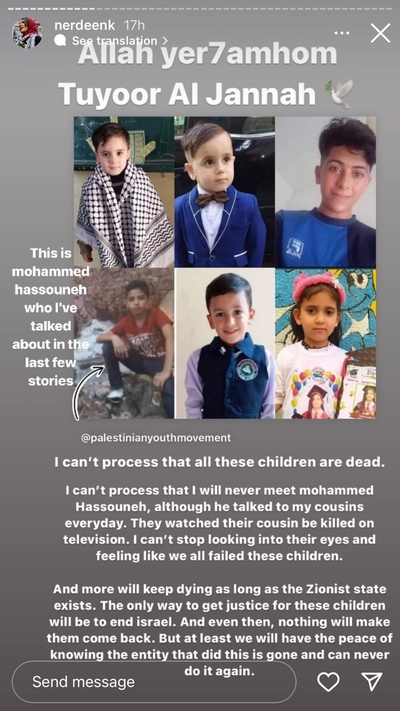 Kiswani, the founder of an SJP-offshoot called Within Our Lifetime (WOL), has called for violence and the death of Zionists, routinely advocated for Israel's destruction, and expressed support for terrorists. 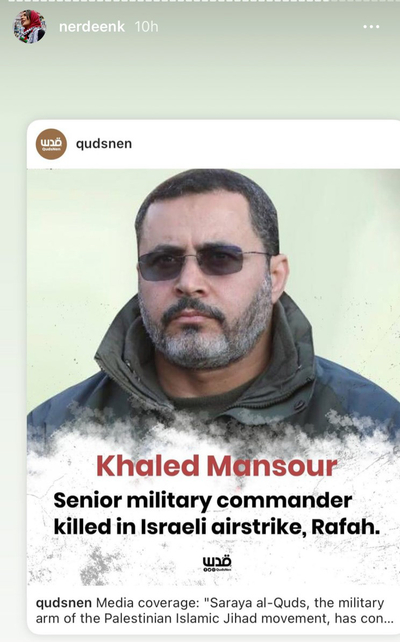 "Palestinians constantly face preconditions for support: Are you antisemitic? Are you assadist [sic]? Are you pro-Hamas? Are you gay friendly? Support us as we are, not as you want us to be," the shared Instagram post read. "Either way, save your interrogations for the oppressor." 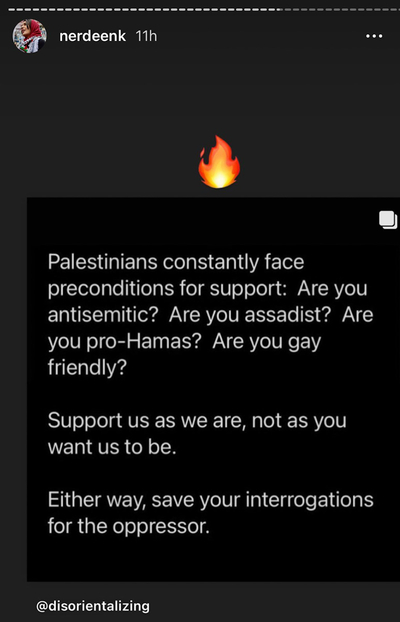 "'The blood of the martyrs is the price paid for Palestine's liberation.' Below are the names and ages of the martyrs from the Zionist assault on Gaza over the past day," wrote PYM on Twitter. "May each martyr's presence be felt among us always, and their sacrifice remembered at the hour of liberation."

PYM attached an image to the tweet listing the names of the "martyrs," one of which included Taysir al-Jabari, a top PIJ commander killed by Israel.

This accusation couldn't be further from the truth. While the deaths are lamentable, video evidence shows that many of the civilian casualties were caused by Palestinian rockets which misfired. One misfire in Jabaliya left at least four children dead.

The weekend-long conflict showed that Israel has learned, adapted, and continues to implement new methods to minimize civilian casualties.

During "Operation Breaking Dawn," the Israel Defense Forces (IDF) delayed or aborted strikes on PIJ targets after seeing civilians were nearby. The IDF also continued its roof knocking tactics – light explosions which notify civilians a building is about to be struck, giving them time to evacuate the area.

As the group Aurora Intel noted, photojournalists were able to focus on a target before it was struck after witness the roof knocks. 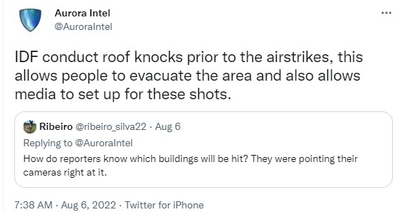 It was later reported that of the 1,100 rockets fired by PIJ, 200 landed in Gaza. Meanwhile of the nearly 1,000 remaining rockets that made it into Israel, 380 were stopped by the Iron Dome and all other rockets landed either in the ocean or in open spaces.

"Apart from a few people who were lightly injured from debris on Saturday, no Israeli casualties were reported. The Palestinians, however reported a total of 35 deaths out of which 26 were innocent bystanders," The Jerusalem Post reported. "Of the 26, 11 were killed in Israeli airstrikes, and 15 were killed by Islamic Jihad rockets that failed to clear Gaza."

Kiswani, Sarsour and other Israel-bashers have said nothing about the role PIJ played in creating the conflict with incessant terrorist plots against Israel. Nor have they called for the group, and the larger and deadlier terrorist group Hamas, to move its rocket arsenals and operations centers away from densely populated neighborhoods to minimize the risk to civilians.

The goal is clear.