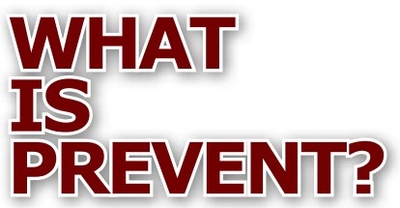 More than three years after launching a review of its de-radicalization program, and after a series of deadly terrorist attacks, officials in the United Kingdom still haven't issued proposals for changing the Prevent program.

Last week, Home Secretary Priti Patel said an overhaul is coming. However, Patel is waiting for an independent review of the program to be completed before initiating any changes.

That review started in February 2019 and there still is no consensus as to how to change the failed de-radicalization program.

Patel's announcement may have been prompted by an investigative report conducted by the UK's Channel 4 TV station. The report, "Are We Losing the War on Terror," brought to light Prevent's numerous failures. According to the report, of the 13 terror attacks in the UK in the last five years, seven were conducted by individuals known to the Prevent program. Fourteen people were killed in those attacks. Another 128 were injured. Among those attackers was Ali Harbi Ali, convicted in the brutal October killing of MP David Amess. Ali stabbed Amess more than 20 times as the MP met with constituents. Ali, who has been sentenced to life in prison, said he did it because Amess had voted for airstrikes on Syria in 2014 and 2015.

Though some may see his sentence as a relief from future terror attacks, former UK Prison Governor Ian Acheson is not one of them. Acheson told an interviewer last Wednesday that Ali will be "an immense headache" for the prison system because he believes he has "divine permission to murder."

The audit is currently being conducted by Jonathan Hall, the independent reviewer for all UK terror legislation. Hall is the third person appointed to review Prevent in the last three years. Changes like that only add to the delay in issuing a final report. Hall replaced William Shawcross who was initially appointed to review the Prevent program in January 2019.

Prevent was instituted in 2011 as a de-radicalization program "designed to stop people from being drawn into terrorism and ensure that they are given appropriate advice and support."

Some have criticized the program, saying it breeds Islamophobia and singles out only Muslims as terrorists in need of de-radicalization. But statistics refute the claim entirely. Nearly two-thirds of the more than 229 convicted terrorists in UK prison are Islamic extremists. Yet Muslims constitute less than a quarter of Prevent referrals. While she has not yet issued any proposed reforms, Patel views the program as not focusing enough on Islamic extremists.

In addition, the program is voluntary, does not involve British security services such as police and counter terrorism agencies, and a participant is not placed on a watch list. The referral can come from a family member, educator, or religious community.

The program has also been susceptible to deceptive practices by participants who feigned rehabilitation and then went on to commit terror attacks. Among those who "gamed" the system were Usman Khan, the 2019 London Bridge attacker, and Sudesh Amman, the 2020 Streatham knife attacker.

And while Khan and Amman were not in the Prevent program per se, they were in overlapping de-radicalization programs that fall under Prevent's umbrella.

Acheson also said that terrorists left "unchecked in prison can have far-reaching consequences."

He cited the recent murder of Yuan Colonna in a French prison by convicted jihadist Franck Elong Abe. Abe accused Colonna of blaspheming Islam's prophet Muhammed. Given the threat posed by incarcerated terrorists, one wonders why only 10 of the 229 individuals convicted of terrorism in UK prisons have been placed in the newly formed separation centers. The centers were specifically designed to halt the spread of radicalization and counter the security threat posed by jailed jihadists.

Hall's assessment on the UK's de-radicalization program was summed up in one sentence: "There is no evidence that our deradicalisation programmes work."

Spending £40 million a year for something that doesn't work is absurd.

Hall now believes that the program's main objective, preventing radicalization, should be changed to preventing violence.

That type of strategy seems both cumbersome and confusing.

It sounds more like a generic rehabilitation program for common criminals and ignores the most influential radicalizing agent in recent UK terror attacks, Islamism, a twisted ideology that grants the follower a divine justification for violence.

The main objective of any counter terrorism program, should be the public's safety.

"When are we going to learn the lessons?" he asked. "We are at risk every day of serious harm because we're not doing enough."

Given the powder keg that the UK is sitting on, and the likelihood of more terror attacks by known jihadists, continuing to wait for a review of a failed program before initiating changes is both foolish and dangerous.