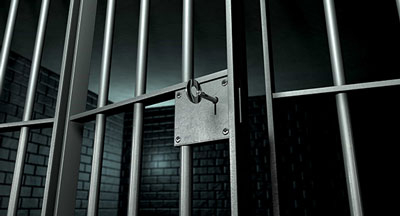 Recent news reports from the United Kingdom are heralding the reinvigoration of a prison unit specifically designed for terrorists.

Officials hope that, by creating a specialized prison-within-a-prison, they can reduce the threat of radicalization among the general prison population. The prison, which is referred to as a "Separation Centre," will attempt to isolate inmates and control their communications.

The threat posed by incarcerated terrorists goes well beyond their specific crimes, said UK Justice Secretary Dominic Raab. "Separation Centres are critical to isolating the most radical offenders, who seek to poison the minds of other prisoners with their perverse ideologies."

Not every convicted terrorist may go to such a center. Officials will consider the risk posed by the inmate along with classified intelligence provided by security services.

The UK has been plagued in recent years by terror attacks committed by people who became radicalized in prison, or feigned compliance with de-radicalization programs while in the general prison system.

These specialized terrorist prison units have actually been in existence for several years, with one at HMP Frankland, Woodhill, and Full Sutton. However they were all but empty for fear of lawsuits by prisoner rights advocates. Recent changes, both in physical design and policy, were undertaken to make the prisons more effective as well as to address potential complaints.

Currently there are only 10 terrorists housed in the separation centers even though the UK has more than 220 terrorists in custody.

The new process makes it easier for administrators to transfer inmates into the centers while also allowing terrorists to be placed in a separation center for at least two years. In the existing system, inmates are reviewed every three months.

Human rights advocates had previously accused the centers of violating an inmate's right to socialize, visit with relatives, and have a private life.

Strange as that sounds, the outlandish demand that terrorists should be able to socialize is not a novel idea. Several years back, attorneys for Umar Farouk Abdulmutallab, better known as the "Underwear Bomber," claimed that he was prohibited" from having any communication whatsoever with more than 7.5 billion people, the vast majority of people on the planet."

To avoid these types of lawsuits, Raab said, the UK is proposing changes to its Human Rights Act that would "remove some of the obstacles that have stopped us putting them[terrorists] into these separation units."

The terrorist units are not as draconian as the rights advocates would have us believe. In fact, according to one prison officer, most of the inmates housed in the unit are receiving "enhanced privileges."

The units feature with individual cells, kitchens, a pool table, and an outdoor recreation area with basketball court. They also have high-tech security enhancements that prevent inmates from communicating with the other cell blocks. Acoustic blocking windows were installed to prevent an inmate from yelling out to other inmates. Communications with visitors and phone calls also are monitored. Anyone entering the unit is recorded on CCTV.

Monitoring the jailed terrorist's communication with the outside world is critical to the success of the program. It should be noted that Salman Ramadan Abedi, the Manchester Arena suicide bomber responsible in the deaths of 22 innocent civilians in 2017, visited convicted terrorist Abdalraouf Abdallah in two prisons just four months prior to the deadly attack.

Abdallah also stayed in contact with Abedi through telephone and text messages.

Abdallah was serving a 9½-year prison sentence for facilitating travel to Syria and support for potential ISIS soldiers.

Noted counter-terrorism expert Ian Acheson, a former UK prison governor, pointed to this case as an example of the UK's failure to accurately assess the security risks posed by incarcerated terrorists.

Acheson said it was imperative to "isolate people who are determined to continue proselytizing hateful ideologies [to]separate the hate preacher from their potential audience."

The separation centers are designed to house all convicted terrorists, including right wing extremists, though currently only Islamist radicals are housed there.

Critics have compared the separation centers to the Guantanamo Bay Detention Camp (GTMO) where the United States has detained radical Islamic terrorists such as 9/11 mastermind Khalid Sheikh Mohammed.

The U.S. Bureau of Prisons Communications Monitoring Units (CMU) offer a better comparison. These prisons-within-a-prison were created to deal with incarcerated terrorists after 9/11, though they are not exclusively all terrorists housed there.

There are currently two CMUs, one Indiana, and the other in Illinois. The Super Max prison in Florence, Col. also has a specialized monitoring unit.

John Walker Lindh, the "American Taliban," was housed in a CMU prison until his release in 2019.

According to the BOP, the unit "enables staff to more effectively monitor communication between inmates in CMUs and persons in the community," with the ultimate goal of protecting the public.

These types of enhancements are not foolproof. In 2004, three terrorists convicted in the '93 World Trade Center bombing were able to smuggle a series of letters out of the FDX prison in Colorado to Islamic terrorists in Spain.

Members of that Spanish terror cell were convicted in a plot to blow up Madrid's National Justice Building. At least one of its members were involved in the 2005 Madrid train bombing that killed nearly 200 people. One of the terrorists, Rachid Aglif, was able to radicalize other inmates in the prison. One of them, Abdelbaki Es Satty, went on to lead a group of Islamist radicals in a 2017 Barcelona terror attack that killed 15 people and injured more than a 100 others.

Andrew McCarthy, former Assistant U.S. Attorney for the Southern District of New York who prosecuted the 1993 World Trade Center bombers, described the letters as "exhorting acts of terrorism and helping recruit would-be terrorists for the jihad from inside an American prison."

A Justice Department Inspector General's report found that a staff shortage contributed to the security breach. The prison also had "not effectively monitored the postage mail or verbal communications of terrorists."

And in a 2020 review of the issue of monitoring terrorists in prison, the IG found that the equipment necessary to monitor the incarcerated terrorists' communications still failed to adequately address the challenges.

All of this demonstrates the need to be vigilant when it comes to keeping an eye (and ear) on terrorists in prison. Without that, even the best laid counterterrorism plans will fail.

The UK's initiatives in this area are encouraging, and hopefully will prevent jailed terrorists from radicalizing others.