The family of Amer Fakhoury, an American and former hostage imprisoned on the orders of Hezbollah in Lebanon, wants the Iranian regime to pay for his suffering in detention just months before his death last year.

During his imprisonment in Beirut, Fakhoury, of New Hampshire, was tortured and held in poor conditions without proper medical treatment. His family said he developed cancer which went untreated until his dramatic rescue and return to the U.S. He died from a cancer linked to the Epstein-Barr virus in June 2020, and relatives said they want justice and to send a clear message to the Iranians.

Hezbollah is one of several terrorist groups financed, supported, and directed by the clerical regime in Tehran.

In an email to Fox News, relatives said they were suing Iran "for the illegal detention and the death of the late U.S. hostage Amer Fakhoury. When Amer was kidnapped, he was told by the Lebanese prosecutor that Hezbollah wants him in prison, and they cannot do anything about it."

The statement continued, "Lebanon is currently under Iranian occupation. Hezbollah, a terrorist group funded by Iran, controls every sector of the Lebanese government. Our father's death was a direct result of the torture and the maltreatment he received in the Lebanese General Security by members of Hezbollah." 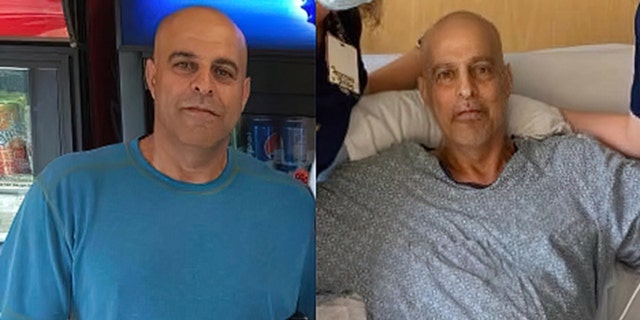 Amer Fakhoury, of New Hampshire, died months after he was imprisoned by Iran-funded Hezbollah in Lebanon. (Amer Fakhoury Foundation)

It concluded, "The first lawsuit we decided to do is against Iran since Iran is the head of operation in Lebanon, however more lawsuits will soon be filed against every Lebanese official and Lebanese security officer that had any involvement in the torture and death of the U.S. citizen Amer Fakhoury. We will not rest until the people responsible for Amer Fakhoury's death are held accountable."

Fakhoury's detention in 2019 led to the threat of sanctions from both sides of the political aisle in the U.S. The charge was led by Sen. Jeanne Shaheen, D-N.H., who was joined by Texas Republican Sen. Ted Cruz. While the sanctions were never approved, Fakhoury's relatives said they thought the threat of them played an important role in their father's eventual return to the United States. However, the family has continued to push for sanctions against Lebanese officials involved in their father's detention.

Fakhoury, a father of four, was held without charges for nearly six months after a Hezbollah-backed newspaper accused him of torturing Hezbollah and Palestinian terrorists in the '80s and '90s. Fakhoury, who fought with the South Lebanon Army during Israel's occupation of the country, was never previously accused of the charge, and had taken advantage of a Lebanese invite to ex-pats to return to his home country after not seeing family for two decades. The largely Christian force disbanded after Israel withdrew from Lebanon in 2000, and Fakhoury sought refuge first in Israel and finally in America, where he received citizenship, opened a successful restaurant and became an active member of the Republican Party.

The lawsuit, filed in federal court in Washington, D.C., has been one of many recently filed against Tehran. Indeed, just last year, a district court judge in Washington ruled that Iran had to pay $879 million to American survivors and families of a terror attack in 1996, in which Saudi Hezbollah, another Tehran terror proxy, bombed the Khobar Towers in Saudi Arabia, which housed US forces. 19 U.S. airmen were killed and scores of others injured following the massive blast.

Questions sent to the Iranian U.N. Mission spokesperson in New York for comment were ignored.

Steven Emerson, an expert on terrorism and head of the Investigative Project on Terrorism, a research organization, told Fox News the Foreign Sovereign Immunities Act (FSIA) provided the rules and qualifications for which countries could be sued, overriding traditional diplomatic immunity. "One of the main conditions named in the FSIA and subsequent amendments that enables nations to be sued is for terrorism, which specifies the denial of immunity, if that nation has been involved in sponsoring, directing or assisting in any other way an act of terrorism or violence against American citizens or its assets." 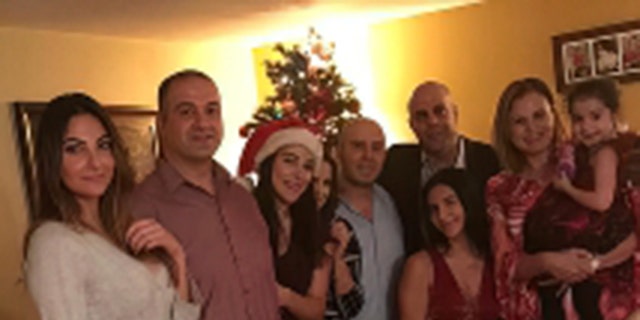 Emerson, who has served as an expert witness in terror cases involving Iran and Sudan, went on, "Iran has probably been sued—and lost—the greatest number of times in U.S. courts by victims of terrorism, ranging from Americans who were killed by the Iranian-controlled Hezbollah terrorist groups to Americans killed by the Iranian-sponsored Hamas and Islamic Jihad terrorist groups to Americans tortured by Iran."

He estimated that courts have ruled in favor of plaintiffs suing Iran in terrorism lawsuits to the tune of upwards of $10 billion, but he noted one big problem.

"Iran has never shown up, defaulted on all cases and refuses to pay one dime. And, efforts to seize Iranian assets in the U.S. by the plaintiffs have faltered because of court rulings against such seizures and strangely enough, by consistent prohibitions by successive presidential administrations—even prohibiting those who are owed billions of dollars by Iran having been guilty of committing an untold number of terrorist atrocities from collecting the billions of dollars of Iranian assets seized by the U.S. government." 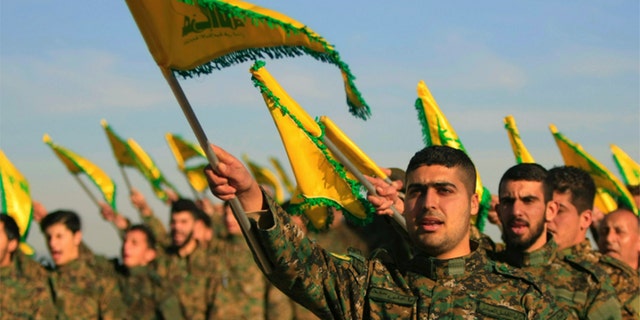 Robert Tolchin, the lawyer for the family who has represented terrorist victims in similar cases, told Fox News the case has a good chance of succeeding. "It's no secret that Iran sponsors Hezbollah and that really, Hezbollah is just a branch of Iranian foreign policy. So, I think the case has a very strong likelihood that we will prevail and then get a substantial judgment against Iran."

Iran experts such as Behnam Ben Taleblu, a senior analyst at the Foundation for the Defense of Democracies (FDD), said lawsuits like the Fakhourys' could make an impact. "Lawfare is but one vector that ought to be further explored against Lebanese Hezbollah and its patron, the Islamic Republic of Iran. Not only do the perpetrators of crimes against humanity need to be named and shamed, but strategic litigation can be used to help impose non-kinetic costs on terrorists to punish them for past actions, impede their present room for maneuver, and deter them from taking such actions in the future."

He said cases like this send a serious message to Tehran. "The Biden administration should be encouraging these sorts of cases. It makes zero sense to be working overtime to claw back a fast-expiring and fatally flawed nuclear deal while ignoring events like this that happen far too often in the heartland of the Middle East. If anything, support for these sorts of claims can bolster the much-needed impression of resolve that the Biden administration needs to convey to Tehran if it is serious about engaging in negotiations. This sort of litigation is the strategically sound and morally right thing to do."

The Fakhourys recently commemorated their father's passing and have set up a foundation in his name. The foundation has offered advice and financial help to families of Americans detained as hostages in foreign countries.

Fox News' Jacqui Heinrich and The Associated Press contributed to this report.

Ben Evansky reports for Fox News on the United Nations and international affairs. He can be followed @BenEvansky