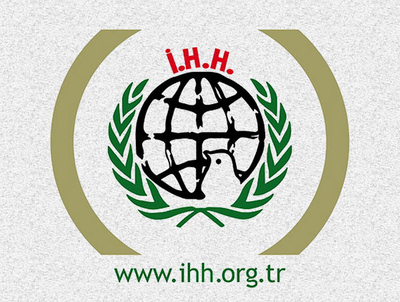 To some, it's a humanitarian organization.

To others, it's a one-stop shopping spot for terrorism.

The truth is, it is both: and that's what makes it so dangerous.

The Turkish Foundation for Human Rights and Freedoms and Humanitarian Relief (IHH) has established a commendable record of providing aid in Muslim-majority countries. Most notably, it provides support to orphaned children – both Muslim and non-Muslim – and provided aid to war-torn Darfur.

But IHH also has a darker side, much of which has come to light during the ongoing trial of terrorists involved in the 2015 bombing of a peace rally in Ankara. Allegations linking IHH to the Islamic State are only the latest in a long history of accusations detailing the charity's links to extremist and terrorist groups, including the Muslim Brotherhood, Hamas, and al-Qaida. Moreover, IHH has long engaged in and encouraged anti-Western (especially anti-American) activities and propaganda, particularly during the Iraq war. And most famously, the organization played a central role in coordinating the 2010 flotilla to Gaza, which was purportedly sent to provide humanitarian and medical aid to Palestinians, but which, in fact, had a quite different purpose: to launch an attack on Israeli commandos. According to the International Institute for Counterterrorism, videos of activists aboard the Mavi Marmara, reveal "statements from IHH members calling for jihad, martyrdom, and violence."

That revelation should come as little surprise, given the ongoing bond between IHH and Hamas. The charity is a longstanding member of the Union of the Good, an affiliation of Islamic foundations that funnels money to Hamas and supports payments to the families of suicide bombers. The U.S. Department of Treasury declared the union a Specially Designated Terrorist Group in 2008, saying it was "created by Hamas leadership in late-2000 to transfer funds to the terrorist organization."

But if the Mavi Marmara incident is the best-known, it is far from the only attack that IHH members have engaged in. As early as 1997, according to a 2014 report from Canada, a raid on IHH offices in Istanbul revealed a cache of firearms and explosives. Two years later, Ahmed Ressam, a top al-Qaida operative who was affiliated with the IHH, traveled from Canada to the United States planning to blow up the Los Angeles International Airport at the turn of the millennium.

What's more, the organization's rather bizarre history includes evidence of links to members of Turkey's governing elite, and even more surprisingly, to the country's National Intelligence Agency, or MIT. Recalling a 1998 investigation into IHH, retired French judge Jean-Louis Bruguiere told the AP in 2010, "it seemed clear at the time that it was thanks to a measure of political backing within the Turkish government that it (IHH) could continue to operate."

It would certainly seem that way. Within hours after the 1997 police raid that uncovered weaponry at the IHH Istanbul office, the Turkish government shut down the investigation entirely. All members of the anti-terror police force involved in the probe were immediately relieved of duty. And in 2014, when anti-terror troops uncovered weapons and military equipment hidden among medical supplies on a truck crossing the Turkish-Syrian border, Turkish officials insisted that the truck belonged to the MIT, and should therefore be allowed to continue its transport of what they termed "state secrets." In echoes of the 1997 incident, the officers involved in stopping the truck were quickly reassigned.

Now, witnesses in the Ankara trial have also disclosed complex, but extensive connections between the IHH and the Islamic State – connections earlier alleged by several former ISIS women who managed to escape the Kurdish-run refugee and prison camps where most former ISIS brides and their children are being held. These women know the connections well; it was the IHH that helped them cross the Turkish border into Syria in the first place, and which, at a cost of some $16,000 per person, helped them to escape.

Former ISIS member Elif Sancar disclosed details of the IHH-MIT transport of women and of weapons between Turkey and Syria, in an interview last summer with Kurdish news agency ANF. A number of women militants had just escaped from the Al Hol camp, an action made possible by the MIT, while organized and financed by the IHH, she said.

"A 'sister' told me there was a way I could go straight to Turkey and would not go to prison," she told a reporter. "I knew that a lot of 'sisters' were brought out by the IHH and now live in Turkey... Some of the women who fled ... stayed in Turkey, others returned to their countries."

That "sister," Sancar further explained, had herself traveled to Turkey in a tanker, smuggled by the IHH, for a price of $15,000. This, she told the ANF, is how "the majority of ISIS women" have fled the camps. Among the many escapees are British twins Salma and Zahra Halane, who had left their Manchester home six years earlier, at the age of just 16. While they remain in the region – likely in Turkey – at least one other woman is believed to have made it back safely to the UK, whereabouts unknown. Another, known only as "Ilhan B.," recently was repatriated to the Netherlands, where she faces a four-year prison sentence for joining ISIS.

ISIS allegedly was behind a double suicide bombing that targeted an October 2015 peace rally in Ankara, killing more than 100 people and wounding more than 400.

The trial, scheduled to recommence in September, is against those who facilitated the attack, including Merve Dundar, the sister-in-law of suspected suicide bomber Omer Deniz Dundar. Women testifying in the trial, have described distributing "aid" to the Islamic state on behalf of IHH.

But counterterrorism experts question what kind of "aid" they really were providing – and to whom. Australian reports, for instance, cite growing evidence that such "humanitarian relief" efforts more often involve smuggling fighters and weapons, usually in ambulances, an accusation echoed in a 2020 statement from the Mouvement Contre le Racisme et Pour l'Amitié Entre les Peuples, a French anti-racism NGO, to the UN Human Rights Council. Moreover, according to Australian investigators, "[terrorist groups] Khattab Jamaat and Jaabhat al-Nusra have reportedly provided security for IHH ambulances smuggling fighters into Syria."

At the same time, it is clear that the IHH does provide humanitarian aid, and has given needed support and assistance to flood victims, for instance, in Haiti and even in New Orleans, in the aftermath of Hurricane Katrina. Yet the more the IHH embeds itself with terrorists, the more likely it becomes that countries across the globe will ban it altogether. If that happens, it will be the needy who will suffer, as the rewards and gains continue for the men and women of jihad.