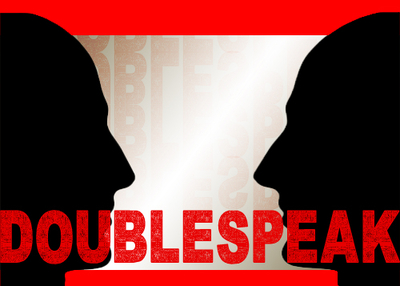 In an effort to appease the incoming Biden administration, the Palestinian Authority (PA) appears ready to revaluate two contentious roadblocks for reconciliation between Israel and the Palestinians: the PA's salary program for convicted terrorists and widespread incitement within Palestinian institutions.

However, recent evidence suggests that the PA has no intention of halting these practices. On the contrary, the PA is looking to expand efforts that encourage future generations to embrace terrorism.

PA officials are attempting to deceive Western audiences by claiming to seek reforms for a long-standing policy rooted in paying salaries to terrorists and their families based on a simple formula: the more brutal the attack or murder, the more money a Palestinian prisoner receives. Congress has outlawed this practice referred to as "pay for slay" after passing the Taylor Force Act.

Qadri Abu Bakr, who leads the PA's Commission of Prisoners' Affairs, told the New York Times earlier this month that the PA is considering paying families of terrorists "based on their financial need instead of how long they (the prisoners) are behind bars" in an article entitled "Seeking Restart With Biden, Palestinians Eye End to Prisoner Payments."

However, Palestinians have no intention of ending payments to prisoners or their families.

This new proposal is only meant to further legitimize the process behind paying individuals for attacking Israelis. Disguising terror payments as welfare stipends does nothing to address a systemic financial incentive which encourages Palestinians to wage terrorist attacks against Israelis.

Abu Bakr and other Palestinian officials are presenting themselves as moderate partners for peace through diplomatic channels and interviews in U.S. media, while doubling down on their hatred for Israel when speaking to their constituency.

Days after the Times story, Abu Bakr denied making his comments during an interview with the Palestinian news agency Wattan on Nov. 22, Palestinian Media Watch (PMW) reports. Two days later, he told an official PA daily that "there will be no bargaining over the prisoners' rights" and that reports in the Times article "are completely unfounded." The PMW has provided the Times with Abu Bakr's latest statements. However, the Times has yet to update its original article or issue a retraction.

Abu Bakr also revealed that the PA intends to launch a national Palestinian bank in January specifically meant to evade Israel's anti-terrorism financing laws and facilitate the transfer of salaries to terrorists and their families.

Other senior Palestinian leaders were quick to deny any change to the policy.

"In no way will any decision be made that detracts from any right (the prisoners) receive today. On the contrary - if we want to change it (the system), we will make it better to take care of them," said Fatah Central Committee secretary Jibril Rajoub while speaking to official PA TV on Nov. 23 and translated by PMW.

These statements reaffirm that Palestinians convicted of attacking Israelis take precedence over all sectors of Palestinian society. Terrorists and their families have historically received far higher payments than welfare recipients.

The PA's latest comments and mixed messaging are part of a wider Palestinian effort to curry favor with the incoming Biden administration.

The PA's foreign minister revealed last week that his government has indirectly communicated with Biden's transition team and signaled its willingness to re-start peace talks with Israel. Earlier this month, a close associate of PA President Mahmoud Abbas announced that the Palestinians would renew security coordination with Israel – relations that were unilaterally severed by Abbas since May.

While the restoration of security ties is welcome news, Palestinian refusal to coordinate with the Jewish state had prevented Palestinians from seeking emergency medical attention in Israel, leading to at least two reported deaths of Palestinian civilians. The PA had clearly prioritized its disdain for Israel and the Trump administration's peace proposal over the well-being of its population.

In a goodwill gesture to the next U.S. administration, the PA offered to delay joining international conventions and institutions as an independent state in recent communications with Western diplomats, according to a Nov. 20 report on Israel's Kan 11 News and the Meir Amit Intelligence and Terrorism Information Center. The PA reportedly is also ready to reassess claims of widespread incitement in Palestinian textbooks in return for renewed U.S. aid and increased diplomatic engagement.

However, it is highly unlikely that the PA will abandon its long-standing approach to violent incitement. In fact, the PA continues its systematic campaign of demonizing Israelis. An official PA TV reporter said that Palestinian kids are "subjected to random summary executions" by Israel on Nov. 20, according to a PMW translation. The next day, the host of a popular children's program on official PA TV warned Palestinian kids that Israel is "deliberately killing" them.

As the Palestinian leadership works to restore relations with the United States and Israel, it is important to take stock of the PA's actual position on key issues that inhibit prospects to resolve the conflict. Despite the Palestinian efforts to present a more moderate face abroad, Palestinian incitement against Israel and the PA's salary program to convicted terrorists are not going away anytime soon.