Annexation or Not, Fatah Still Calls for Intifada Against Israel 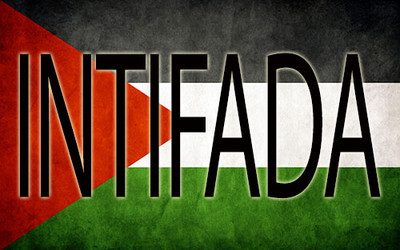 Whether Israel's government considers pursuing annexation or decides against it, Palestinian factions of all stripes seem to find any justification to threaten violence against the Jewish state.

Palestinians representing different factions and terrorist groups formed a new organization on Sunday, The Unified National Leadership of Popular Resistance, which is focused on waging a "comprehensive popular struggle" against Israel.

The group's inaugural statement refers to Israel as "our major enemy" and commits to waging "revolution and resistance" against the Jewish state "until the establishment of an independent Palestinian state with Jerusalem as its capital," the Jerusalem Post reports.

The Palestinian Authority (PA)'s official Palestine TV broadcast the group's statement multiple times, signaling that the PA endorses its aims. Fatah, which controls the PA and is often portrayed as a partner for peace, similarly welcomed the news by calling for organized violence against Israelis.

"This is the beginning of the Third Intifada," a Fatah official told the Jerusalem Post on Sunday, justifying a united front against Israel as "the only way the world will listen to us (Palestinians)."

In the past, Fatah and the PA ambiguously framed "popular struggle" or "resistance" as implicit threats of violence. However, recent calls for a third Intifada suggest that so-called moderate Palestinian factions are more in line with designated terrorist organizations like Hamas and the Palestinian Islamic Jihad.

Hamas also praised the new Palestinian coalition and acknowledged that it emerged in context of recent announcements of normalization between Israel and the United Arab Emirates and Bahrain.

The "Popular Resistance" coalition has called for protests today, when Israel, the United Arab Emirates, and Bahrain are scheduled to sign agreements to formally establish relations with the Jewish state. The Gulf states recognized Israel partly in return for Israel shelving its plans to annex parts of the West Bank.

Yet Fatah and the PA continue to call for an armed uprising.

An adviser to PA President Mahmoud Abbas initially threatened Israel in July with a third Intifada if the Jewish state went ahead with plans to extend sovereignty in the West Bank.

"When things flare up and it becomes a fully-fledged Intifada, we will see a combination of forces between Gaza and the West Bank," Nabil Shaath told the Arabic-language version of France 24.

In a joint conference that month, Fatah joined Hamas in its call to "use all forms of struggle and resistance against the annexation project."

A senior Fatah official called for "popular resistance" during the conference and threatened that "all the options are open if Israelis start the annexation," including terrorism.

Ironically, Fatah depends heavily on Israel for foiling Hamas plots to spark a third Intifada in the West Bank and to carry out a coup to oust the PA. Yet Fatah still agreed to share a stage with a terrorist organization devoted to expanding its presence in the West Bank, at Fatah's expense.

Fatah's support for a third Intifada in July was framed as an attempt at deterring Israel from pursuing annexation plans. The PA went so far as to cut almost all bilateral ties with the Jewish state in July, largely to the detriment of Palestinians.

But now that Israel scrapped annexation plans, Fatah's calls for a terrorist campaign are explicitly rooted in its disdain for the Jewish state irrespective of government decisions. Fatah is also trying to signal strength to its constituency as it seeks to keep Palestinian concerns relevant, while Israel secures major diplomatic deals.

Fatah and the PA's position comes as no surprise given their systematic praise for terrorists who kill Israelis and use of Palestinian institutions, such as media outlets and educational material, to encourage future generations to carry out attacks.

According to a recent report from the Meir Amit Intelligence and Terrorism Information Center, Palestinian textbooks produced between 2013-2019 systematically demonize Israel and Jewish people as "the Zionist enemy," deny Israel's right to exist, and actively call for violence to destroy the Jewish state. None of the schoolbooks and teachers guides published by the PA advocate for co-existence with the Jewish state or a peaceful solution to the conflict.

When Israel was considering annexation, Fatah joined Hamas to call for a violent uprising. When Israel prepares to sign normalization agreements with Arab countries, halting annexation proposals in the process, Fatah still calls for a large-scale terrorist campaign.

Israel's recognition by other Arab governments seems to be further justification for violent incitement from Palestinian leaders. By openly threatening Israel with terrorism, Fatah and the PA's rhetoric is now largely indistinguishable from Islamist groups like Hamas and the PIJ. Instead of using recent diplomatic breakthroughs as opportunities to negotiate for peace, Palestinian leaders continue to prioritize their fight against Israel over the well-being of their population.