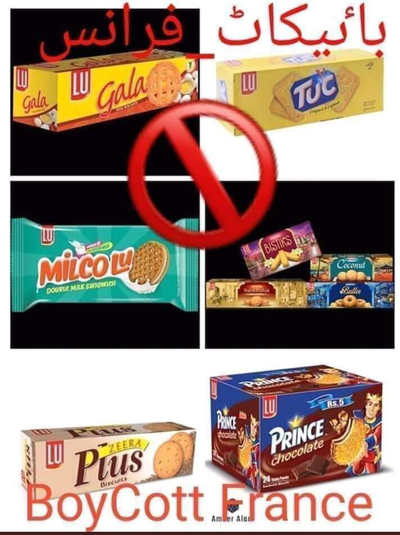 France is under attack because of cartoons.

The country has raised its terrorist threat warning to its highest level.

The beheading is the second in France this month, coming on the heels of President Emmanuel Macron's strong defense for the right to publish images of Islam's prophet Muhammad. Macron also has proposed steps to curb radicalization and Islamist separatism in his country.

France has endured some of the world's worst Islamist terror attacks in the past five years.

They started in January 2015, when two brothers killed 12 people at the office of Charlie Hebdo, a satirical magazine that had published cartoons of Islam's prophet Muhammad. A day later, a third terrorist killed a policewoman before taking hostages inside a kosher Paris grocery, and murdering four of them.

That fall, a series of attacks in Paris ended with another 130 innocent people killed, most inside the Bataclan concert hall and others at cafes and outside a stadium.

Charlie Hebdo republished some of the controversial Muhammad caricatures in September, as 14 alleged accomplices in the 2015 attack were about to stand trial. In response to the cartoons, a Pakistani immigrant to France stabbed two people near the site of the old Charlie Hebdo offices.

But when Macron issued a five-point plan earlier this month to counter Islamism and radicalism in France, many Islamists cried foul. Two weeks later, a public school teacher was beheaded by a Chechen refugee angered that the teacher had showed his class a caricature of Muhammad as part of a lesson on free expression.

Macron strongly stood up for free speech. Islamists responded by pushing a boycott on French goods.

"Islam is a religion that is in crisis all over the world today," Macron said Oct. 2, while presenting his new strategy to combat Islamism in France.

In a public speech delivered in Les Mureaux, a working class town northwest of Paris, Macron promised to combat what he called "Islamic separatism," describing a Muslim minority governed by Islamist radicals who try to convert Muslims to their doctrine.

"Secularism is the cement of a united France," Macron insisted. "Let us not fall into the trap laid by extremists, who aim to stigmatize all Muslims."

Days after the declaration of the new strategy, France was shaken by history teacher Samuel Paty's horrific beheading. His killer, a Chechen refugee named Abudullakh Anzorov, was shot and killed by French police minutes later. Anzorov was on a watch list and reportedly was in contact with Russian jihadists in Syria a month earlier.

Before the murder, Abdelhakim Sefriou, leader of the pro-Hamas "Cheikh Yassine Collective," issued a fatwa which included the address of Paty's school. The French government dissolved the group after Paty's murder.

At least nine suspects were detained as part of the ongoing investigations including four teenagers, two of whom were paid €300 each by Anzorov to identify the slain teacher.

French police closed a mosque outside Paris for six months after it promoted a video of a parent who complained about Paty and organized an online campaign for Muslims to rally against him.

More than 8,000 Islamist radicals are on national warning lists as a potential threat to the homeland security, French Minister of Interior Gerald Darmanin said in August. "The risk of terror of Sunni origin is the main threat that our country is facing," Interior Minister Gerald Darmanin said, promising a fight "without let-up."

France plans to deport 231 radical foreign nationals who were on a "File of Alerts for the Prevention of Terrorist Attacks (FSPRT)."

At Paty's funeral, Macron stressed the freedom of speech guaranteed in the French constitution. "He was killed because Islamists want our future," Macron said. "They will never have it."

Islamists, fueled mainly by Turkish and Qatari media, called for a boycott of French products, falsely claiming that France is persecuting Muslims.

France responded by recalling its ambassador to Turkey.

"We will not give in, ever," Macron responded. "We respect all differences in a spirit of peace. We do not accept hate speech and defend reasonable debate. We will always be on the side of human dignity and universal values."

The Muslim Brotherhood issued a statement Monday condemning Macron's statements and calling for the boycott of French goods.

"It is a systematic campaign targeting religion, and it is supported by the French state, one of the most prominent countries with a colonial history of Arab and Islamic countries and one of the most famous countries throughout history in fighting Islam, its people and its states."

But Mohamed Moussaoui, president of the French Muslim Council, denied accusations that France is persecuting Muslims.

"All the smear campaigns against France are counterproductive and create division," said Moussaoui. He urged French Muslims to defend the nation in face of the campaigns led against the country. Days earlier, Moussaoui said his organization was working on a training plan for imams to counter radicalism.

That said, some cast doubt whether the French Muslim Council tasked is an appropriate partner for Macron, given its affiliation with Islamist groups, including the Muslim Brotherhood-founded Musulmans De France.

Macron's speech earlier this month also drew praise from Islamic reformer Islam al-Behery. Al-Behery described the Islamist version of Islam dating back to a time when some Muslims started to treat others as an unequal, or infidels.

That manifests itself by the violent reaction to perceived blasphemy. Early Islam "depicted the constitution as blasphemy, the law is blasphemy and indecent to God, democracy is a clear atheism. [It] treated all economic transactions in the contemporary world as forbidden. Banks, interests, loans, bonds, savings certificates, insurance ... even international loans are forbidden, and it is all forbidden," al-Behery said on his TV program "The Compass."

Thursday's bloodshed once again made clear the undeniable terrorism threat facing France. Macron's plan may have its critics, but it seems to be the only one introduced by a European head of state to counter radicalism and Islamism. More importantly, his government already is targeting the sources pushing radical ideology. It remains to be seen whether international outcry and the calls for boycotts will hinder Macron's efforts.