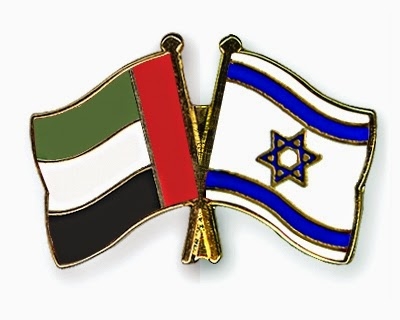 The peace agreement between the United Arab Emirates (UAE) and Israel is an important boost to the formation of a strategic Middle Eastern alliance between Israel and moderate Sunni states.

The pact takes Israel's central role in cooperating with Sunni Arab states out of the shadows. A boost to regional stability, the peace agreement will enable expanded cooperation on defense and intelligence affairs, trade, investment, joint technological development, and could foster a positive religious-cultural dialogue.

No less importantly, it also deals a blow to two radical Islamist forces that are determined to destabilize the region, threatening Israel and Sunni-Arab countries alike. The deal threatens these forces' ability to control the region's dialogue about Israel's presence, Islam, and challenges to some extent their ability to promote a dark vision for future.

The Iranian-Shi'ite axis is first of those radical forces that stands to lose from the agreement. Iran and its armed proxies – militant, well-armed Shi'ite militias deployed across Iraq, Syria, Lebanon, and Yemen - have reacted vehemently against news of the pact, reflecting deep concern over its implications.

The second force concerned about the agreement is the Muslim Brotherhood camp, which is led by Turkey, and includes Hamas, Qatar, and hardline Sunni political Islamists across the region.

Both the Iranian axis and the Muslim Brotherhood camp are inherently threatened by the UAE-Israel pact, since it challenges their ideology and the justification they provide for their destabilizing actions.

"The [Iranian] regime fears the emergence of a new international alliance that will have greater power to contain its hegemonic regional aspirations, and there is a new urgency to the need to prove to the Iranian people that the government's imperialist foreign policy works to their benefit," said Doron Itzchakov, an Iran specialist from the Begin-Sadat Center for Strategic Studies.

Itzchakov explained that the Iranian regime's leadership is "covering its embarrassment and apprehension with a stream of defamation and threats," including a statement by Iranian Parliament Speaker Muhammad Bakr Qalibaf, who called the agreement "despicable and a betrayal of human and Islamic values," and Iranian President Hassan Rouhani, who warned the UAE's leaders "not to open their gates" to Israel. A special adviser to the speaker of Iran's parliament stated that "Abu Dhabi's behavior has no justification, turning [its] back on the Palestine cause. With that strategic mistake, UAE will be engulfed in [the] Zionism fire."

Israel and several Sunni Arab states share a vision of the threat Iranian axis poses, a fact that has helped to push the Gulf states closer to Israel.

Cities and strategic sites in Saudi Arabia have come under missile fire from the Iranian-backed Houthis in Yemen, which, like Hizballah, are armed by the Iranian Quds Force. The Houthis claimed to have fired a cruise missile at the UAE's nuclear power plant in 2017 (though the UAE said no missile targeted its plant). Both Saudi Arabia and the UAE have been engaged in a bloody war with the Houthis, though the UAE withdrew its forces from southern Yemen last year.

Several ships docked at UAE ports were sabotaged last year in attacks widely attributed to Iranian forces, and the Islamic Republic has repeatedly threatened the Gulf states' ability to export oil, in retaliation for sanctions on Iran's own oil exports.

The Gulf states clearly recognize that the threat posed by Iran's quest for hegemony is the same threat that is seeking to turn Syria into a network of missile bases that target Israeli cities. They see that the Iranian axis has already turned Lebanon into a frontline Iranian military attack post that threatens Israel with 130,000 projectiles, and is active throughout the region to subvert and threaten countries in its way. Iran has repeatedly sought to destabilize and set up terror networks in Bahrain.

This recognition of these common interests led the foreign minister of the UAE, Sheikh Abdullah bin Zayed Al Nahyan, to state in 2019 that Israel was justified in attacking Iranian targets in Syria.

"Every nation has the right to defend itself, when it's challenged by another nation, yes," he said, when asked about Israeli strikes.

Few statements exemplify the common danger faced by Israel and moderate Arab states better than the threat released in July by a Houthi intelligence officer, who warned that his organization has a "bank of vital and important targets" in Israel, Saudi Arabia, and the UAE.

The formation of a Middle Eastern coalition of states that views radical Islamist actors as severe threats could mean enhanced coordination and the sharing of intelligence, as well as defense technology.

Israel is a world leader in the development and deployment of drones and cyber defense systems, while its intelligence-gathering capabilities on Iranian activities are well known throughout the region. Such assets could be shared with the UAE – a fact that nearby Iran will surely be displeased about. The possibility that a succession of other Gulf states, such as Bahrain and Saudi Arabia, eventually will follow the UAE's path will also disturb the Ayatollah's regime and the Islamic Revolutionary Guards Corps. The Iranian regime appears to be fighting a losing domestic battle to convince its population that allocating resources to attacking Israel and supporting Hizballah and Hamas are vital Iranian national priorities. Iranian protesters have openly questioned this rationale.

The Muslim Brotherhood camp, for its part, is also vehemently opposed to the agreement because it weakens its regional position. Sunni Islamists have long accused Arab governments of seeking normalization with Israel, and instead of denying the claim, the UAE has emerged to own it, in a bold maneuver that pushes back against the radical rhetoric.

Hamas Political Bureau chief Ismail Haniyah condemned not only the pact, but also Egypt's support for it, describing the agreement as "a violation of Arab and Islamic consensus as well as a stab in the backs of the Palestinian people."

The UAE and Turkey are rival states, and Turkey, which has become increasingly hostile to Israel, and hosts Hamas operatives on its soil, has threatened to suspend ties with the Gulf state in recent days.

The UAE and other Gulf countries view Turkey as part of the Muslim Brotherhood club that rejects their moderate interpretation of Islam and their drive to create prosperity and stability in the Middle East.

Qatar, which is sympathetic to the Muslim Brotherhood, but which also hedges its bets and maintains low profile, unofficial ties with Israel, has been involved in a two-year diplomatic crisis with the UAE and Saudi Arabia, both of which accused Doha of supporting terrorism.

According to the Saudi-owned Al Arabiya news agency, Qatar has in recent days launched a massive campaign to influence Arab public opinion via media channels it funds, primarily Al Jazeera, against the landmark UAE-Israel agreement.

Ultimately, the UAE's decision to normalize ties with Israel has alarmed Islamists, and put them on the defensive.