The Islamic State Threatens Jews in Israel and Abroad 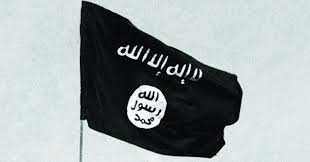 The Islamic State (ISIS) recently called on its supporters and affiliate terrorist organizations to shift attention towards Israel and escalate attacks against Israel and Jews worldwide, according to a report from the Meir Amit Intelligence and Terrorism Information Center.

"Oh soldiers of the caliphate everywhere, especially in beloved Sinai and blessed Syria, go for the Israeli settlements and marketplaces. Turn them into lands for testing your weapons and chemical rockets," said ISIS spokesman Abu Hamza al-Qurashi in an audio released last week.

These types of statements may seem typical since Israel is historically used as a scapegoat or rhetorical target for a variety of actors across the Middle East. But ISIS' latest declaration should not simply be dismissed as propaganda or bluster. Changes to ISIS' political situation have had major implications for its affiliates and supporters abroad.

In an effort to stand out from his predecessor Abu Bakr al-Baghdadi, ISIS leader Abu Ibrahim al-Hashmi al-Qurashi announced a new phase in the terrorist organization's evolution. While Salafi-jihadist groups have always threatened Jews, ISIS affiliates neighboring Israel have primarily devoted their attention toward more internal enemies, mainly the regimes they battle in domestic insurgencies such as the Egyptian military or governments in the Sahel region. Of all ISIS affiliates threatening Israel, only the terror group's main affiliate in the Sinai Peninsula has demonstrated a motivation and capability to strike the Jewish state.

When Wilayat Sinai became a formal ISIS affiliate in 2014, ISIS was at its peak strength and controlled a vast territory in Syria and Iraq. ISIS leader Abu Bakr al-Baghdadi directed affiliates to focus on fighting wars of attrition against the local regimes. Attacks against Egyptian sites and military targets reached new heights.

As ISIS started to lose territorial control in 2015, however, the group directed its affiliates and supporters to strike high profile international targets, including a series of highly lethal strikes across Europe. Attacks against Israel during this period were intended to signal the terrorist organization's relevance and ability to strike the most unifying enemy among Salafi-jihadist and Islamist movements.

"To the Muslims in Palestine and all countries: Be a spearhead in the war against the Jews and in thwarting their plans and their 'Deal of the Century'," al-Qurashi said, encouraging supporters to "pay no heed to the Hamas of apostasy and collaboration and its ilk, the factions of shame..."

Though Wilayat Sinai and Hamas engaged in tactical collaboration for years, ties between the rival terrorist groups descended into a full-fledged confrontation two years ago. In order to destroy the Jewish state, ISIS members in the Palestinian territories view overthrowing Hamas and the Palestinian Authority as necessary a step to gain ground on Israel's doorstep.

By invoking the "Deal of the Century" – the Trump administration's recently-released plan to resolve the Israeli-Palestinian conflict – ISIS is hoping to incite Palestinian youth to rise up and attack Israelis. Terrorist organizations, from Hamas to Hizballah, often seek to exploit popular discontent and hijack waves of Palestinian terrorism in order to gain a stronger foothold in the West Bank. The Islamic State is no different in that regard.

While the threat from ISIS remains a low priority for the Israeli defense establishment, recent calls for attacks against Jews in Israel and abroad should not be taken lightly. Salafi-jihadists remain the primary threat to Jewish targets across Europe. ISIS has demonstrated its ability to launch coordinated attacks around the world when the group is looking for a distraction from major setbacks in the Middle East. With a new leader seeking to make a name for himself, counterterrorism authorities in Israel and beyond should be extra vigilant as ISIS reverts to its global terrorist roots.