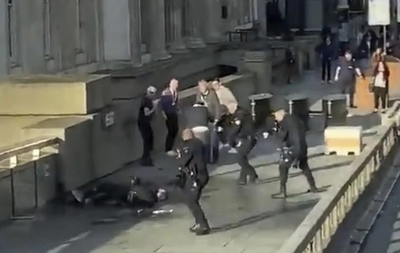 Usman Khan, the unrepentant British jihadist who was on supervised early release from prison when he killed two people and wounded several others Nov. 29 near London Bridge, is just the tip of an iceberg that threatens western democracies. Khan, armed with two knives taped to his wrists and a faux suicide vest, was shot and killed by Metropolitan Police after being restrained and disarmed by heroic civilians.

The location Khan chose to carry out his bloody attack was similar to a 2017 terror attack. Three men armed with knives and fake suicide vests drove a truck on to the Westminster Bridge mowing down pedestrians and then stabbed several others before being shot dead by responding armed police officers.

The area was not the only similarity with Khan's terror attack. One of the 2017 terrorists, Khalid Masood, also spend time in Britain's prison system.

ISIS has claimed responsibility for both attacks, though no direct link between the terrorist organization and the perpetrators had been established. It would appear that both attacks were inspired by ISIS' previous communiques that called for using motor vehicles and knives to attack non-Muslim civilians.

"If you are not able to find an IED or a bullet, then single out the disbelieving American, Frenchman, or any of their allies," ISIS Spokesman Abu Muhammad al-Adnani said in 2014. "Smash his head with a rock, or slaughter him with a knife, or run him over with your car, or throw him down from a high place, or choke him, or poison him."

Khan spent eight years in prison for his part in a radical Islamic terror cell that plotted to bomb the London Stock Exchange. Khan was a close disciple of Anjem Choudary, the fiery radical Islamic clergyman who was sentenced to 5½ years in a UK prison for providing material support to ISIS. Choudary served less than half his original sentence when he was released on "license," similar to parole, in October 2018.

British authorities are reviewing release conditions for Choudary and 74 other convicted terrorists in the wake Khan's terror attack. Unfortunately, there are many more convicted terrorists roaming the UK streets who have never renounced the twisted ideology of a jihadist. Of the 400+ Islamic terrorists released in recent years, nearly 70 percent refused to take part in any de-radicalization program while incarcerated.

And Khan's example shows that many of those who did participate in a rehabilitation program may not be truly de-radicalized. He professed a desire to be deradicalized, but now that looks like it was just a ruse to attain an early prison release. Convicts have often been known to game the system by telling authorities what they want to hear, winning parole in return.

The failure of the deradicalization program has been acknowledged by two leading counter terrorism experts. Richard Walton, former head of Scotland Yard's counterterror command, felt that the number of convicted terrorists who were de-radicalized while incarcerated was minimal. Former jihadist Hanif Qadir, meanwhile, simply stated in 2016 that the UK's de-radicalization prison program is "failing miserably."

Groups like ISIS continue to inspire and recruit in prison, but western democracies have not learned to counter the threat effectively.

A recent case here in the United States demonstrates the extent to which radicalization and recruitment takes place in the prison system. Convicted terrorist Mohamed Ibrahim Ahmed allegedly conspired to recruit and train other inmates in a Texas prison to become ISIS soldiers.

At his 2013 sentencing for conspiring to provide material support to al-Shabaab terrorists, his attorneys asked for leniency. "For Mr. Ahmed, the fight is over, they wrote. "He poses no threat to society, and will not re-offend."

His actions while in the Beaumont Correctional facility proved just the opposite.

With no viable de-radicalization program in place, we can be reasonably confident that many terrorists being released from prison will leave the same as they entered, or worse. Radical ideology is not changed by a mere stint in prison. Deception is often used to disguise true beliefs. 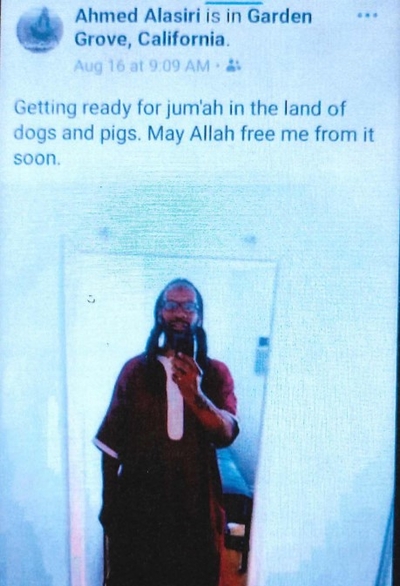 A clear example of this is recently-released terrorist Kevin James, who was caught posting on social media his current world view of non-Muslims. "Getting ready for Jum'ah in the land of dogs and pigs," he wrote. "May Allah free me from it soon."

Prosecutors argued that James "has shown he cannot be taken as his word that he will abide by the terms and conditions of his supervised release ... He lies about where he intends to go; he lies when confronted about his conduct; and he lies about the underlying facts that result in his discipline."

Proven, effective conditions of supervised release are needed to protect us from another violent attack by a released terrorist. We know from the Khan attack that electronic monitoring by itself is insufficient. Khan was wearing a monitoring device when he carried out his attack. He chose a place – a public conference on prison rehabilitation – where he was allowed to be, to carry out his attack.

Several steps must be taken to contain the threat of terror attacks by released offenders and those radicalized in prison. First, early release of incarcerated terrorists must be discontinued. Second, those who are released when their sentence is completed must be placed under stringent supervision by specifically trained personnel. Monitoring must include not only the ex-offender's geographical location, but his or her internet and telecommunication use, especially social media. Finally, a national registry for convicted terrorists is essential for providing local authorities with the information they need to protect their communities.