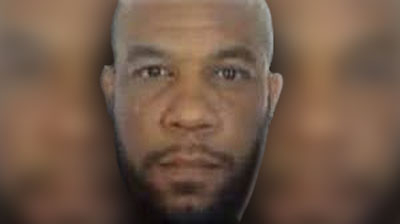 Before he drove violently into the crowd on Westminster Bridge, before plunging the knives into the police officer's body, Khalid Masood's twisted path into terrorism followed an all too familiar pattern from petty crimes to prison radicalization, to violent jihadist.

Radical Islamist terrorist organizations like ISIS recommend the instruments of cruelty used in this attack, a motor vehicle and a knife. They have been used in the past to kill non-believers in Berlin, Nice, Woolwich, Jerusalem, Quebec, Oklahoma City and beyond.

The emerging profile of the terrorist, Khalid Masood, also paints an all too familiar image of a jihadist bent on killing as many people as possible on the path to paradise.

Masood, a 52-year-old UK native, was born on Christmas day in Kent as Adrian Elms and was raised as a Christian. He was known as an intelligent student and an excelling athlete during his time in Huntley School for Boys. He spiraled downward from there, starting with a 1983 arrest for property damage. He spent at least two periods in three different HMPS correctional facilities, including for assault.

It was there in prison where he was believed to have been radicalized. The susceptibility of an inmate in British prisons to Islamist radicalization is well documented. Extremist literature, like ISIS's Inspire magazine, is present, as well as convicted terrorists who exert undue influence on the general prison population.

Hanif Qadir, a former jihadist, believes that prison chaplains are unable to address the problem. Many of them may sympathize with a form of Islam that is both Wahhabi and Salafist in nature. This problem, unvetted Islamic clergy, was also found to exist in the U.S. prison system, according to a report done by the inspector general for the Department of Justice in 2004.

Government records show that thousands of articles by Islamist ideologues like Hasan al Banna, founder of the Muslim Brotherhood, Syed Qutb, and Anwar al-Awlaki have been available in U.S. prison libraries.

My book, The Fertile Soil of Jihad, documented how ex-cons have often followed up their prison radicalization with travel to Islamist hotspots in the Middle East for further indoctrination. Masood went down that road as well.

He traveled to Saudi Arabia and worked there for several years after his release, settling upon his return into Luton, a city well known for radical Islamist elements, including the radical Islamic cleric Anjem Choudary, now serving time in prison for terrorism-related crimes. It was sometime after returning to the UK that Masood became a person of interest in an ongoing terrorism investigation, although MI-5 never connected him directly to any specific terror plot. He simply fell off the radar until Wednesday's attack in London.

An alarming number of terror plots and attacks involve people who started out as criminals, were radicalized in prison, and then re-entered society bent on killing in the name of Allah. The 2010 New York State Police Vigilance Report found that almost 50 percent of people charted with terrorist-related crimes had prior contact with the criminal justice system. The Paris and Brussels attacks were in part carried out by former inmates. The Berlin, Copenhagen, and Toulouse attacks were similarly committed by individuals radicalized in prison.

Islamist radicalization in the prison system is a global problem that must be recognized and addressed effectively. Yet some groups, like the Anti Defamation League, choose to focus more on the threat posed by white supremacist prison gangs and appear to overlook the threat posed by radicalized Islamist ex-cons, some of whom have specifically targeted the Jewish population for attacks.

Examples include the Newburgh Four plot to bomb a New York synagogue, Mohammed Merah's shooting attack on a Jewish school in Toulouse, France, and Amedy Coulibaly's massacre inside a Paris kosher grocery store.

As to which is the greater threat, prison gangs or Islamist radicalization, Kevin Smith, the former Assistant U.S. Attorney who successfully prosecuted a group of inmates who formed a terrorism cell within the California Department of Corrections known as Jam'iyyat Ul-Islam Is-Saheeh (JIS), articulated it most succinctly when he testified before the House Committee for Homeland Security looking into the threat posed by Islamist radicalization in the prison system. Smith said, "It is my professional opinion that this particular group of radicalized inmates presents an exponentially greater danger to innocent individuals and civilians out on the outside."

Members of most prison gangs do not blow up themselves (and others) to gain 70 virgins.

Counter terrorism authorities have an opportunity now to act decisively against this group of potential terrorist recruits before the next attack occurs. Prison is a controlled environment. Radical literature must be removed. Clergy must be better vetted. And inmate associations and communications must be better monitored. Prison officials do not need a FISA warrant to listen to an inmate's telephone call or read his mail.

Monitoring terrorists who are about to be released from prison must be enhanced to include a registry, much like that required for sex offenders, that gives authorities the ability to know where the subject is living and working. Information regarding radicalized inmates must be shared between correctional, law enforcement and intelligence agencies seamlessly. The present system of cooperation is sporadic and often subject to turf wars.

Without these tools, we again will be forced to watch the familiar story of the common criminal turned violent terrorist unfold.