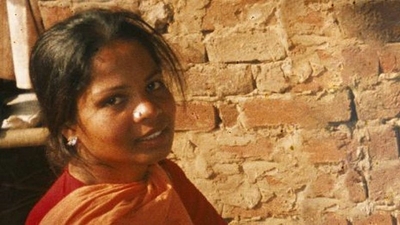 When courts overturned Asia Bibi's blasphemy conviction in her native Pakistan last week, rioters swarmed the streets, calling for her to be hung. Pakistan law demands the death penalty for blasphemers, and so, too, does its Muslim-majority public. The rioting grew severe enough for lawmakers to take new measures: Bibi, a Christian, has been barred from leaving the country. And citing concerns for her safety, the government has continued to hold her in prison despite the judges' ruling.

Also at risk: Bibi's Muslim lawyer, Saif-ul-Malook, who has argued her case for the duration of the nearly ten years she has spent incarcerated. Malook has now escaped Pakistan and has taken temporary refuge in the Netherlands.

Holland is not a random choice. Malook has received support from the Dutch Stichting Hulp Vervolgde Christenen (Foundation for the Aid of Persecuted Christians) which has also provided financial support for Bibi's defense.

Bibi, a Christian woman, was convicted of blasphemy after she drank water from a communal cup while working in the fields with Muslims. The women working with her claimed that as a Christian, she had contaminated the cup. They also accused Bibi of uttering three "defamatory and sarcastic" comments about Islam's prophet Mohammed during an ensuing argument.

Pakistan's supreme court found those allegations weren't credible, tossing Bibi's conviction and setting up the current stalemate about her release.

Malook, who had been receiving death threats ever since Bibi's conviction was reversed, told reporters as he left Pakistan that he was fleeing for his own safety. "I must stay alive because I have to continue the fight for Asia Bibi," he told the AFP. Once in Holland, however, he offered a different story, claiming that he was "forced" by European ambassadors and the UN to leave his homeland for his own safety.

It is possible, however, that he made this statement in self-defense. Even as Malook arrived in the Netherlands, the Dutch ambassador to Pakistan, Ardi Stoios-Braken, was receiving death threats in response to the "blasphemous images" anti-Islam politician Geert Wilders has placed on Twitter.

Blasphemy is not a crime only in Pakistan, which is one of 13 Muslim-majority countries which make it a capital crime. It is also prohibited in some Christian-majority countries in the West. Last week, for instance, The European Court of Human Rights upheld an Austrian court's conviction of a woman accused of insulting the Prophet Mohammed when, referring to his marriage to a 9-year-old, she described him as a "pedophile." In Poland, it is a crime to "offend a person's religious feelings through public defamation of an object or place of worship," while in Spain those who insult a religion can face fines.

Blasphemy laws also remained on the books in the Netherlands until 2014, though there has been no prosecution since 1968. Yet notably, when the Dutch Cabinet scrapped the law in 2013, nearly a third of the members voted to keep it.

Still, the riots in Pakistan against Bibi's alleged insult to Islam are unmatched almost anywhere, echoing the country's 2006 response to the Danish Mohammed cartoons. Then, some 2,000 people in Lahore set fire to cars, banks, and Western businesses, including a Holiday Inn and KFC. In Peshawar, officials estimated 7,000 people joined anti-Western riots. And most notably, al-Qaida claimed responsibility for bombing the Danish embassy in Islamabad, killing five people.

The Netherlands has endured its own conflicts with Pakistan, even before the threats against Ambassador Stoios-Braken. In August, thousands of Pakistani extremists also took to the streets in response to Wilders' plans to hold a Mohammed cartoon competition. A furious Pakistani former cricketer, Khalid Latif, offered $23,000 to anyone who killed the Dutch politician. At least one man seemed to find the offer irresistible: Soon after, a Dutch-Pakistani posted a video declaring his intention to attack either Wilders or the Parliament buildings in The Hague. After Taliban leaders in Afghanistan also began threatening Dutch troops, however, Wilders backed down. He canceled the event, citing his concern for the security of others.

At the time, many politicians called on Wilders to soften his tone. But the Dutch remain firm in their defense of Asia Bibi. Indeed, political leaders from two majority parties, D-66 and CDA, have argued in Parliament for Bibi's asylum in the Netherlands, and have given their unequivocal support to her attorney.

"The international community must send a clear signal. The world cannot turn away from this wasp's nest," Calvinist Reform Party (SGP) leader Kees van der Staaij told reporters at a press conference Monday afternoon. Moreover, he said, the Netherlands cannot be swayed by terror. And even if bringing Asia Bibi to the Netherlands creates further tensions between the Dutch and Pakistan, he said, 'We must stand for international rights."

UN envoys have reportedly said that they are working on securing a safe haven for Bibi in the West.