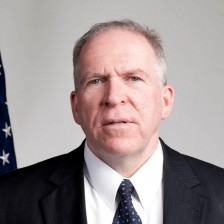 "It should gravely worry all Americans, including intelligence professionals, about the cost of speaking out. My principles are worth far more than clearances. I will not relent," Brennan wrote.

Brennan's protest is a case of "do as I say, not as I do," former CIA official Sam Faddis told the Investigative Project on Terrorism (IPT). He pointed to the case of his former CIA colleague Sabrina de Sousa as a case in point. Faddis has known de Sousa for 30 years and is a 20-year CIA veteran.

An Italian court convicted de Sousa in absentia in 2009 in connection with in the rendition of Osama Mustapha Hassan Nasr, better known as Abu Omar. CIA operatives and an Italian military police officer kidnapped Abu Omar off a Milan street in February 2003. Prosecutors claimed was sent from Rome to Milan to plan the rendition.

De Sousa told the IPT last year that she had nothing to do with it and that the case against her is unfounded.

Abu Omar, the victim in this scenario, told the Investigative Project on Terrorism (IPT) via Twitter earlier this year that he believes in de Sousa's innocence. She had to sue the Department of Justice to get Italian legal representation, which arrived too late to affect the outcome. U.S. and Italian state secrets prevented de Sousa from submitting evidence.

While the de Sousa case is unrelated to the president's actions, people familiar with its details are pleased with the move. Brennan's CIA left de Sousa hanging, a spokesman for the House Intelligence Committee said under condition of anonymity. This, Faddis said, typifies Brennan's values.

"You ask people to go down range and do difficult and dangerous things. They agree out of patriotism. Whatever word you want to use, and they don't make a lot of money. That obligation is not supposed to run one way," Faddis said. "There is supposed to be just as solid of an oath back, that we will never forget you. That we will never cut you away.

"I think we have gotten to the point where those like Brennan have forgotten that entirely."

Documents related to de Sousa's case were over-classified to preserve the cover-up of the rendition, she told the IPT. Documents in the Abu Omar case, as well as de Sousa's CIA employment, are subject to the "Glomar response" in which the CIA will "neither confirm nor deny" the existence of the Abu Omar rendition or de Sousa herself. CIA operating procedure calls for disavowing knowledge of those involved in compromised operations. Even House Intelligence Committee Chairman Devin Nunes, R-Calif., ran into a "brick wall" trying to find out what happened in her case, a knowledgeable U.S. government source said.

De Sousa blames Brennan for her spending 10 days in a Portuguese prison last year. Brennan twice visited Portugal in 2016, Portuguese intelligence sources said. Her case allegedly was discussed during Brennan's second trip in November 2016, but Brennan did nothing to push back against the European arrest warrant against her.

"Certainly, the smell of it is that Brennan gave the go ahead on behalf of the Obama administration for her to be [cut loose] ... I can only imagine from my experience with the Portuguese, they were probably hoping we would provide them with some sort of a mechanism to handover somebody who's an American intelligence officer to Italian authorities," Faddis said. "It sure smells like we're not lifting a finger."

In 2014, U.S. officials drew up a list of names of those convicted in the Abu Omar rendition to be presented to the Italian government for full pardons. De Sousa's name was not included. Italian President Sergio Mattarella granted full pardons to one other CIA officer and one U.S. military officer. Faddis blamed Brennan, based on his knowledge of how the CIA operates. Why de Sousa was hung out to dry while others were spared is not publicly known.

"One of the things that also baffles me about John Brennan standing up as a talking head – name a show – is what is your record of accomplishment that establishes a foundation for why I should listen to anything you have to say?" Faddis asked. "Across the board, he's an abject failure as a CIA director.

"Now, we're supposed to give into his judgement. I have no idea why."

Brennan's ideas about Iran and Hizballah were consistently discredited.

He promoted an appeasement strategy toward Iran and Hizballah before joining the Obama administration in 2009.

"His view, along with others that Iran deserved a 'place at the table' certainly gave the Islamic Republic the space to operate and extend its reach across the region," Phillip Smyth, an expert on Iranian-backed Shiite militias at the University of Maryland, told the IPT. "There are a number of ongoing regional wars and potentially future ones which will be a consequence of this thinking."

Brennan argued in 2008 that the United States should help "advance rather than thwart Iranian interests" because he thought it would be a "carrot" that could incentivize Iran to moderate its policies. He claimed that the "brash labeling" of Iran's "suspected" nuclear weapons program was responsible for Iran's support for groups like the Taliban.

Appeasing the mullahs failed to moderate Iran. This became clear after the Obama administration signed the Iran deal. It used the $150 billion of formerly impounded funds received as a result of the deal to support Shiite militias in Iraq, Syria and Yemen, Secretary of State Mike Pompeo said in May.

Brennan incorrectly predicted in March 2015 that Iran wouldn't continue to dominate Iraq in congressional testimony prior to the passage of the Iran deal. He made his prediction despite outside warnings. Iran emerged from the deal in a dominant position in Iraq just as Israeli Prime Minister Benjamin Netanyahu predicted. Iran also emerged as the dominant power in Syria following the Iran deal.

Brennan wasn't only wrong about Iran. He repeatedly argued against using the term "jihadist," saying that using the term gave terrorists undeserved religious legitimacy. Jihad was a "holy struggle" that aimed to "purify for a legitimate purpose," Brennan said.

Brennan made this point in a Feb. 13, 2010 speech sponsored by the Islamic Society of North America at New York University Law School (NYU). He repeated these same talking points in a May 26, 2010 speech at the Center for Strategic and International Studies (CSIS), adding that America wasn't at war with terrorism "because terrorism is but a tactic."

The emergence of the Islamic State (ISIS) didn't alter Brennan's thinking. He argued in 2015 that it had nothing to do with religion. Calling it "Islamic," he said, helped ISIS's recruitment effort by giving it undeserved legitimacy.

"I do think it does injustice to the tenets of religion when we attach a religious moniker to them," Brennan said.

This was true when American Islamists, led by the legal group Muslim Advocates, turned to Brennan for help expunging training materials connecting Islamic texts with terrorism. The administration shared "your sense of concern," Brennan replied, "... and we are moving forward to ensure problems are addressed with a keen sense of urgency."

An interagency working group was formed and an FBI purge of training materials followed in 2012.

Jihadist recruitment exploded during Brennan's time in the Obama administration despite the conscious effort to not use terms like "Islamic" or "jihadist" to describe Muslim terrorists. This policy didn't deter ISIS recruitment. ISIS was "larger than al-Qaida ever was," Brennan said in a 2016 NPR interview.

His track record shows that he lets narratives and wishful thinking trump facts and that he doesn't practice what he preaches. Consequently, Brennan's commentary on national security matters should be taken with a grain of salt.