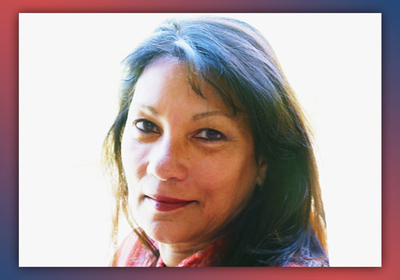 Time continues to tick away for former CIA agent Sabrina de Sousa, who faces extradition from Portugal to Italy Tuesday to face a four-year jail sentence for her involvement in the highly classified Bush era extraordinary rendition of a radical Muslim cleric known as Abu Omar.

The Investigative Project on Terrorism (IPT) has been aggressively advocating on her behalf.

"The trial was a prosecutor's dream. You have a court where you have no American defendants," de Sousa said.

The American and Italian defendants could not introduce significant evidence at the trial due to Italy's state secrecy laws.

De Sousa maintains she had nothing to with planning, authorizing, or executing Abu Omar's 2003 kidnapping and rendition, saying she was on a family ski trip at an Italian resort. During her 1998-2004 tenure in Italy, she posed as a State Department official, first in the U.S. Embassy in Rome, and then in the U.S. Consulate in Milan.

Despite this, the State Department declined to grant her the same diplomatic immunity it gave to others implicated in the case such as former CIA Rome station chief Jeff Castelli, who played a central role in planning the rendition.

De Sousa sued the State Department after she resigned from the government in 2009, demanding that then Secretary of State Hillary Clinton grant her diplomatic immunity from prosecution.

"The USGOVT turned its back on Sabrina and not only failed to assist her but literally obstructed our efforts. We had to sue to compel the Justice Dept to provide her with Italian legal counsel to defend against her in absentia prosecution, but by the time we secured that help the case was along too far and she was convicted," former De Sousa attorney Mark Zaid told the IPT in an email. "Typically the State Department would ensure even diplomats facing DUI prosecution would be protected and brought back home. Instead, they left Sabrina to hang in the wind back at the time, and most certainly now."

The charges against her are based on circumstantial evidence, de Sousa said.

Her defense was further handicapped when the Italian government agreed with the prosecutors about what evidence could be excluded based on state secrets.

"It's not possible to have a fair trial when the evidence is covered by State secrets in both the U.S. and Italy," de Sousa said.

Nonetheless, Italy's highest appellate court, the Supreme Court of Cassation, upheld the convictions of all the American and Italian defendants in 2012.

Since 2006, de Sousa has had a Europol arrest warrant hanging over her. This made her subject to arrest in the event she traveled in Europe.

But her family is scattered in Europe, India, and Canada. Most of her close relatives live in Portugal, and she was unwilling to be separated from them.

De Sousa went to Portugal in 2015 to visit relatives after she felt she had exhausted all avenues to resolve her case.

Italy issued a European Arrest Warrant (EAW) for her extradition that noted de Sousa had been tried in absentia and could apply for an appeal or retrial after being notified of her sentence.

"The Portuguese prosecutor analyzed her case and said she would only be extradited if the Italians would guarantee her a second trial," Ana Gomes, a Portuguese member of the European Parliament who supports de Sousa, told the IPT. "Otherwise, Portugal would not be able to extradite her, because there was overwhelming evidence that this process was conducted in a very unfair way."

Italy reneged. Italy's Justice Ministry sent a letter to de Sousa's Portuguese public attorney saying that the verdict against her was final. The letter noted that she would not get a new trial and that she would go straight to prison upon arrival in Italy. She would only be allowed to challenge the verdict from prison.

"They want to silence her and make sure that she doesn't speak," Gomes said. "Neither the American authorities nor the Italian authorities want her to speak."

De Sousa appealed to suspend her extradition based on Italy's decision to deny her a new trial. Portugal's Supreme Court rejected that on Dec. 7, also denying her permission to travel to India for her mother's funeral.

"If you look at all of the charges against me, they are hypothetical at the end of the day," de Sousa said. "Although the prosecutor does acknowledge that I wasn't part of the snatch and grab team, he does say that I was involved in planning the whole thing ..."

No Help from Washington

U.S. government officials did everything they could to hamper de Sousa's ability to defend herself.

The government "practically eviscerated" her ability to respond to the charges against her, according to a 2008 letter from her attorney to then-U.S. Attorney General Michael Mukasey.

The government even denied her lawyer the use of a secure computer to draft their filings and threatened the lawyer's security clearance.

"The message that this scenario sends to civilian government employees serving this country on tours of duty abroad is a potentially demoralizing one," wrote U.S. District Judge Beryl A. Howell.

In addition, the State Department improperly classified his correspondence with Clinton and failed to answer his letters, Zaid said.

"It's sort of a retaliation for her speaking out in the process of trying to clear her name," Gomes said. "That's really outrageous."

Abu Omar, whose full name is Osama Mustapha Hassan Nasr, has called de Sousa a minor player and suggested that Italy drop the case against her.

Back in 2012, the Italian newspaper Il Giornale reported that the prosecutor general in Rome's Supreme Court of Cassation had recommended annulling the sentence against de Sousa, but nothing came of it.

Abu Omar and the Anatomy of a Cover-up

How Abu Omar's rendition materialized, and who was responsible remains contentious. De Sousa alleges her case has been used to cover up for those responsible.

The cleric's activities in 2002 at an Islamic center in Milan caught the attention of Diogos, Italy's special police responsible for terror investigations, along with the CIA and FBI. Abu Omar belonged to the terrorist group Gamaa Islamiya, whose spiritual leader Omar Abdel Rahman masterminded the 1993 World Trade Center bombing. Two witnesses also connected Abu Omar with al-Qaida, according to Italian government documents.

With help from Italian police informant Luciano Pironi, CIA operatives nabbed Abu Omar on a Milan street in February 2003. The agents brought him to the NATO air base in Aviano, Italy and transferred him to Ramstein Air Base in Germany for questioning. He was then sent to Egypt, where he underwent torture. Egyptian authorities released Abu Omar in April 2004 for the lack of prosecutable evidence against him and later rearrested him again in May 2004 and imprisoned him in Cairo. They released him in 2007 on the condition he remained quiet.

Castelli obtained support for the operation from CIA Director George Tenet and Rice, who recommended that President George W. Bush sign off on the operation.

Pollari and other SISMI officials disputed Scheuer's claims, saying SISMI had nothing to do with the rendition. Berlusconi's office likewise disavowed involvement in the rendition after Scheuer's interview appeared.

"If the kidnapping of the person in question had not been carried out, Nasr [Abu Omar] ... would now be detained and subject to Italian justice," Milan prosecutor Armando Spataro told CNN in 2005.

Italian court documents, however, show that Diogos did not see Abu Omar as an immediate threat, de Sousa said, which is why it dropped its surveillance of him in early 2003.

Berlusconi said no rendition; the trouble is that his decision didn't trickle down.

"The trouble here is that it's a lot of 'he said, she said' between Pollari and Castelli, and Castelli says Pollari approved it. Pollari said, 'I didn't,'" de Sousa said.

The Italian agents' ability to explain their role in the rendition has been hampered by the same state secrets rules which inhibited de Sousa's defense.

Pollari and other top SISMI officials were also prosecuted for their roles, but Italy's Supreme Court overturned their convictions in 2014 due to the secrecy laws.

Spataro uncovered the CIA's involvement in Abu Omar's disappearance by analyzing cell phone records from the day of the rendition. These records connected the cell phones with the credit cards, hotels and car rentals used by the CIA agents involved in the kidnapping. Many of the names Spataro found were aliases used by the agents, not their true identities.

In 2005, Spataro obtained arrest warrants for 22 CIA operatives in connection with the rendition, together with a U.S. Air Force officer and two SISMI operatives. Italian Judge Oscar Magi indicted de Sousa and 26 U.S. government officials for their alleged roles in Abu Omar's kidnapping.

A 2005 U.S. State Department cable noted criticism Castelli leveled at Spataro was criticized for an alleged communist ideological bias in considering the extradition of 22 Americans.

"Given Spataro's ideological bias, Castelli said he would need to 'review the foundation of the accusations' made in the report to be sure they are not colored by the 'anti-Americanism' typical of the extreme left," former U.S. Ambassador to Italy Robert Spogli wrote.

Lady was the only American in Italy when the arrest warrants were issued. Everyone else, including de Sousa, already left the country. Castelli pushed the operation over Lady's objections, according to a 2008 letter from Rose to then-Secretary of State Condoleezza Rice.

"Spataro wanted Scheuer as a witness, but what Spataro couldn't do was go after ... [CIA Director George] Tenet, Hadley and Rice," de Sousa said. "He would have gone after more senior people, but he knew that he couldn't do it, a few lower level diplomats and Castelli."

The prosecutor claimed that de Sousa was sent to Milan by the CIA to get Lady to move forward with Abu Omar's rendition, and that she "spurred him on," she said.

He only went after those individuals he could indict, even though many of the names on the indictment were aliases, Spataro testified before the European Parliament last year. He did this because he knew that top U.S. and Italian intelligence officials who were protected by rules related to state secrets, according to Gomes.

"The problem as I can see it is behind the prosecutor," Gomes said. "The prosecutor did his job and went after people he could connect with the CIA at that time, and that obviously was the case of Sabrina.

"Had she been at the trial, she would have been able to say, 'No, I didn't do it and the people who did it were these guys,' but she never had this chance because they never allowed her to go to the trial."

"This is a betrayal beyond belief and the message it sends to the community of officers serving overseas is troublesome," Zaid said