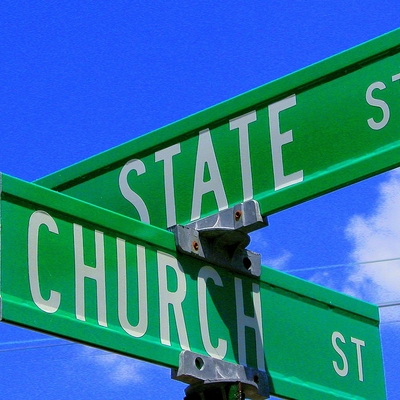 While all eyes have focused on the obvious – Islamist violence in Syria, Afghanistan, and Iraq, in Pakistan and the Congo, and in Muslim communities of Western European cities – radical Islam has been quietly tightening its grip in formerly-secular Muslim regions such as Malaysia, Turkey, Bangladesh, Indonesia and the Maldives. In turn, these changes are also helping to guide the rise of radical Islam across the West. As Farooq Sulehria, assistant professor at Beaconhouse National University in Lahore noted in a recent e-mail, "diaspora communities are politically reflective of the mainstream currents in the home country."

Yet outside of think tanks and counterterrorism circles, few have paid much attention to the changes in these countries, and the growing threat they pose. Even since the 2002 attacks on two nightclubs and the American consulate in Bali, for instance, most people considered Indonesia a secular, Muslim majority state. Subsequent suicide attacks, one in 2003 and another in Jakarta in 2005, were staged by Jemiaah Islamiya, an al-Qaida- and ISIS-affiliated group with no direct ties to Indonesia.

But by 2017, Reuters reports a survey showed that "one in five Indonesian students supported an Islamic state, and one in four" were ready to wage jihad "to achieve it." According to the polling company Alvara, the results indicate that "intolerant teachings have already entered top universities and high schools" in the world's largest Muslim-majority country.

Already that influence is being felt by skeptics and non-believers, including atheists and Christians, says the AFP. Criticizing religion can result in a jail sentence, at a time when "conservative Islam has exploded in Indonesia's public life in lockstep with the rise of hardliners and religiously motivated violence."

Such crackdowns have already led to the implementation of Sharia law in Indonesia's Aceh Province, where a woman was publicly caned last year for being seen with a man other than her husband.

Similar stories are emerging from Malaysia, Indonesia's formerly-secular neighbor. Earlier this year, Malaysia's federal court ruled that sharia courts could preside over cases involving apostasy. Last year, a state assembly controlled by the Islamist PAS party approved a law that would subject those found guilty of adultery or drinking alcohol to public canings. Even stricter laws are already in place in Kelantan state, which bans cinemas and nightclubs. In addition, throughout Malaysia, reports the AFP, the word "Allah," which has previously been used both by Muslims and Christians, is now reserved for Muslims only. Arabic words are increasingly replacing Malaysian ones, while Christians have been prohibited from erecting crosses.

And during the Chinese New Year, despite the fact that nearly 25 percent of Malays are of Chinese descent, images of dogs meant to celebrate the Year of the Dog were "omitted from Lunar New Year decorations and merchandise for fear of offending the country's Muslim majority."

The situation is getting worse., "One of the reasons is that Malaysia sends thousands of students to Saudi Arabia, where they are indoctrinated with hardline intolerant forms of Islam like Salafism and Wahhabism," Ahmad Farouk Musa of the Islamic Resistance Front, a Malay think tank, told CNN.

Students also are being indoctrinated in Bangladesh, another formerly-secular Muslim country facing what a New York Times op-ed called "Creeping Islamism." As in Malaysia, books by non-Muslims have been removed from school curricula, and secular bloggers have been threatened or even killed, including one American. Two of the largest extremist groups in Bangladesh, al-Qaida in the Indian Subcontinent (AQIS) and ISIS, have targeted separate groups of young men – the former focused on less-educated youth, the latter on wealthier, upper class men – resulting in a broad swath of jihadist recruits.

But in recent years, "there have been protests calling for the imposition of sharia law, the black flag of Islamic State waved by participants, just 15 minutes' boat ride from the nearest resort serving alcohol and pork to skimpily-dressed Western guests," the Telegraph reported in 2015.

The country also has one of the largest per-capita numbers of ISIS recruits, and, according to a 2017 European Press Prize-winning report in the Internazionale, the ISIS fighters are considered national heroes. "While the rest of the world watched the Olympics last August," journalist Francesca Borri writes, "everyone here was watching the battle of Aleppo. And rooting for Al Qaeda."

A tourist staying at one of the Maldives' luxurious island resorts would never notice most of this, because most locals live on other islands. There, reports Borri, women are completely covered. Former Buddhist temples have been transformed into mosques. While a supreme court justice was caught with prostitutes, women suspected of adultery receive public lashings. And only Muslims can be citizens.

Compounding the problem is that poverty in the Maldives is extreme – a situation that adds to the allure of joining foreign terror groups, where salaries are high and benefits frequently extended to families at home. Now, some are returning from the failed caliphate and other battlefields, yet "are living freely" on the islands, recruiting and plotting new attacks.

But Islamism does not always translate into violent terrorism. In Turkey, President Recep Tayyip Erdogan's successful re-Islamizing of Ataturk's secular republic involves the molding of minds away from Western values to create a "new, religious generation." More and more public schools have become more like religious madrassas, where girls are taught to "obey" men, lessons on evolution have been removed from schoolbooks, and boys and girls are often segregated in classrooms. In Istanbul, reports the Washington Post, "a local education official...demanded that teachers bring pupils to attend morning prayers at local mosques."

"Basically, President Erdogan is destroying Turkey's secular education system," Soner Cagaptay, Turkey program director at the Washington Institute for Near East Policy, told Voice of America. "That is the key reason why Turkey worked as a democratic society, which did not produce violent jihadist radicalization."

It's not just the schools. After the failed coup in 2016, Erdogan commanded the country's mosques to raise the volume on calls to prayer. Once a gently melodic intonation, the sound now blares over the cities, making normal conversation nearly impossible until it ends. Most notably, many critics of Islam have been arrested, and on Turkish state TV, renowned theologian Mustafa Askar stated in 2016 that "those who do not pray in the Islamic fashion are animals."

Such incidents attest to Sulehria's claim that Islamization in countries of origin are shaping immigrant communities in the West. In Holland, for instance, 20 Islamic boarding schools were legalized in 2016, according to Elise Steilberg, who maintains a blog focusing on Turkish and Islamic involvement in education in The Netherlands. Almost all, she says, are run by a Turkish religious organization. Many also maintain strict Islamic dress codes "that make covering the hair obligatory for girls from the age of 4 on." Girls are also required to wear long skirts or pants, and boys an Islamic headdress, or "topi." And all students memorize Quranic surahs in both Arabic and Dutch.

Indeed, Steilberg says, there is an encroaching sense that Muslims are becoming more fundamentalist in the Netherlands, despite efforts at integration. "According to a recent survey," she notes, "the number of people in the Netherlands that call themselves pious Muslims is decreasing. But those who are religious are steadily becoming more conservative in their beliefs. It is no longer even a surprise to see an 11-year-old fully covered in a chador in downtown Amsterdam."

Such sightings, to be fair, are by no means common; but the very presence of fully-covered girls in a city known for its freedoms, including legalized marijuana and prostitution, demonstrates the dramatic cultural changes fundamentalist Islam is imposing on the secular West.

Yet Western governments seem to do little about it. In the UK, observes Deutsche Welle, rights organizations "have repeatedly pointed to a growing radicalization, yet it appears that authorities have not taken strong measures against it." In Holland, "There is a lot of discussion about potentially violent radicalization, but the principle of freedom of religion makes the discussion of the growth of Islamic orthodoxy a no-go area," says Steilberg. And in Belgium, despite a spate of terrorist attacks, Politico warned in early 2017 that "an increasing number of mosques in Belgium teach a radical form of Islam," while moderate preachers feel "'powerless' against the spread of the more extreme ideology."

For many, the concern also goes beyond national security and cultural change. Human rights issues are also frequently involved, particularly when it comes to girls and women. Of the young girls in chador in downtown Amsterdam, for instance, Steilberg says, "if she goes to an Islamic school, one wonders if she will ever be fully aware of the rights and liberties our country has to offer her. I think those rights and liberties are something we should be proud of. They are not relative, but a basic ingredient of what the Netherlands are and stand for today, and should be a part of every citizen's future."

Even more, they are rights and liberties that should belong to everyone, wherever they may live.