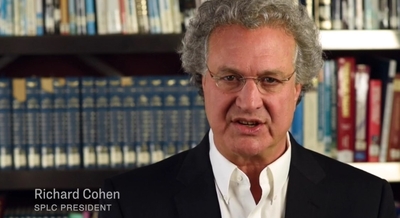 The Southern Poverty Law Center (SPLC), which made a name for itself suing the Ku Klux Klan, admitted Monday that it incorrectly included Muslim reformer and Quilliam Foundation co-founder Maajid Nawaz in a 2016 "Field Guide to Anti-Muslim Extremists."

"Since we published the Field Guide, we have taken the time to do more research," SPLC President Richard Cohen said in a video apology. Through that post-publication research, SPLC learned "that Mr. Nawaz and Quilliam have made valuable and important contributions to public discourse, including by promoting pluralism and condemning both anti-Muslim bigotry and Islamist extremism."

The settlement amount is striking given Nawaz's status as a public figure. He is a radio host in London, the author of a best-selling autobiography about his evolution from radical Islamist to liberal reformer, and he is a frequent guest on cable news programs discussing radicalization and Quilliam's programs to counter it.

In addition to the money, the SPLC published a retraction and President Richard Cohen issued a video apology.

The field guide, which was offered as "a journalist's manual," aimed to silence voices critical of Islam, its political manifestations and terrorism carried out in the religion's name. It also named Investigative Project on Terrorism Executive Director Steven Emerson, and ex-Muslim Ayaan Hirsi Ali. The SPLC removed it from its website in April.

The original report said Nawaz wanted to ban women from wearing the niqab or veils in public, but Nawaz argued it misrepresented his views, which he spelled out in 2013:

"It is ... our duty to insist individuals remove the veil when they enter identity-sensitive environments such as banks, airports, courts and schools. ... Here's my test: where a balaclava, motorcycle helmet or face mask would be deemed inappropriate, so should a niqab. It's simple really."

The report contained no statements Nawaz made that could be seen as anti-Muslim. It did mention his bachelor party visit to a strip club. Ironically, it claimed Nawaz "is far more interested in self-promotion and money than in any particular ide­ological dispute." 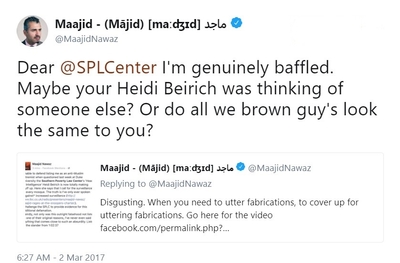 The report was revised subsequently, but still failed to deliver evidence that a Muslim man who once served years in an Egyptian prison for his work with the radical Hizb-ut-Tahrir, was anti-Muslim. During a 2017 appearance at Duke University, the SPLC's Heidi Beirich claimed that Nawaz belonged on the anti-Muslim extremist list because he advocated mass surveillance of mosques.

Nawaz angrily denied this and demanded Beirich retract the statement. Monday's apology does not specifically mention this error.

While Nawaz never filed a lawsuit, he retained a prominent Washington-based law firm known for successful libel actions. They sent the SPLC a demand letter on April 18, saying the SPLC's "false accusations have also caused substantial economic harm, to the tune of millions of dollars in lost donations and lost opportunities."Nawaz thanked people who supported him in his threatened legal fight, saying they helped "to fight back against the Regressive Left and show them that moderate Muslims will not be silenced."

The settlement can be an "instructive moment for all of us," he said in a video posted to his Twitter feed. He invited the SPLC "to join us at Quilliam, work with us to challenge Islamist extremism and anti-Muslim bigotry wherever we find it," saying "for too long, the left – many on the left – have been trying to shut down any debate or critique or criticism around Islam, especially by Muslims within Muslim communities."

It is something Nawaz has been willing to do, which perhaps created the kinds of grudges that landed him on the SPLC's list in the first place. 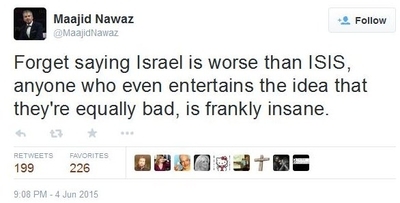 While SPLC opened its checkbook, it seems unlikely to accept Nawaz's invitation to join him. As we reported earlier this month, the SPLC has stayed silent about anti-Semitism and other hate speech from Muslim clerics and Islamist activists.