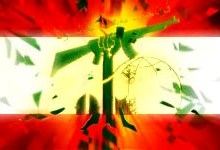 Chief Iranian proxy Hizballah has a firm grip over Lebanon, and its bloody intervention in Syria was instrumental in preserving the brutal Assad regime. Yet Hizballah's meddling in other regions of the Middle East usually does not receive as much attention.

That changed drastically earlier this month, when Saudi Arabia publicly accused the Shi'ite terrorist organization of firing a ballistic missile at its capital, Riyadh, from Yemen.

Saudi Arabia is alarmed at the rapid expansion of Iran and its proxies. It is leading a coalition of Sunni states in a war against the Iranian-supported Shi'ite Houthi radical organization, Ansar Allah, which has taken over parts of Yemen.

"It was an Iranian missile, launched by Hizballah from territory occupied by the Houthis in Yemen," charged Saudi Foreign Minister Adel al-Jubeir. A Saudi air defense battery shot the missile down before it struck Riyadh's airport, but the incident has seen Saudi- Iranian tensions, which were already high, spike.

A United States Air Force source has reportedly confirmed the Saudi information about the Iranian origins of the missile.

Iran denied the Saudi accusation, and played down its links with the Houthis. But this denial flies in the face of mounting evidence of an important Hizballah and Iranian role in assisting Ansar Allah in Yemen.

Some of this evidence comes from Hizballah itself, or more precisely, its unofficial mouthpiece in Lebanon, the Al-Akhbar newspaper. Editor Ibrahim Al-Amin published a boastful article in July 2017 detailing Hizballah's spread across the region.

"In Yemen, Hizbullah has become a direct partner in strengthening the military capabilities of the Houthi Ansar Allah, who consider Hizballah to be their truthful ally," Al-Amin wrote.

The same article proudly said that in Iraq, Hizballah's "experts are present in the biggest operations rooms ... [Hassan] Nasrallah serves as the commander of the Popular Mobilization Units [the Iranian-backed Shi'ite militias] in Iraq."

Hizballah's activities around the Middle East have become a controversial topic in Lebanon, where a portion of the population opposes its monopoly on political and military power, its militant ideology, and Iran's proxy control of the country.

Last year, Future TV, a station owned by the recently retired Lebanese Prime Minister Saad Hariri (who quit in protest of Iran's takeover of Lebanon), broadcast what it said was a video of a Hizballah operative providing military-terrorist training to Houthi fighters.

"So I have (for example) the assassination, God willing, of the head of the Saudi Border Guard," the Hizballah operative says in the video. "We take a group, a special unit, it goes in, assassinates, kills and plants a large bomb. This is what we call a

At this stage in the video, the Hizballah member briefing the Houthis is interrupted with a question: "[Is this] a suicide operation?"

He replies: "Possibly a martyrdom operation. We do not call it suicide. We call it a special operation."

An examination of the flag used by Ansar Allah finds that its red and green colors are influenced by the Iranian flag, and more importantly, the motto etched on the flag: "Death to America, Death to Israel, A Curse Upon The Jews, Victory to Islam" is inspired by official Iranian mottos.

The Houthis have been influenced by Hizballah in more than one way, said Ely Karmon, a senior research scholar at the International Institute for Counter-Terrorism in Israel.

"The group's use of militant anashid (jihadist anthems) in its videos further portrays it as more in line with Hizballah's models of 'resistance,'" he told the IPT. "Images depicting Houthi fighters with the sun as a background further draw a parallel to other Shi'ite jihadist groups, giving the Houthis spiritual legitimacy within the context of a Shi'ite jihadist organization."

A May 2015 Financial Times report, "Lebanon's Hizballah and Yemen's Houthis open up on links," cited Hizballah members saying they have "played a more active role on the ground in Yemen. A Houthi official in Beirut said relations with the Lebanese movement span over a decade, while a Hizballah commander said Houthis and Hizballah trained together for the past 10 years in Iran, then in Lebanon and in Yemen."

The report added that Hizballah helped create the Houthi Al-Masira television channel, which is based in Beirut's southern suburbs, a district under Hizballah control.

Earlier this year, Karmon assessed that "[a] physical Iranian presence based on a strategic cooperation with the Houthis, both ground and naval," in Yemeni ports on the Red Sea, as well as control over other strategic waterways "represent a direct threat to Israel's security and interests."The Houthi takeover of Yemen's capital and other regions increased Shi'ite Iran's influence there, the Meir Amit Intelligence and Terrorism Information Center reported.

Based on publicly available information, it seems safe to conclude that the Iranian Revolutionary Guard Corps uses Hizballah to strengthen the Houthis militarily in Yemen, and to help Iran increase its influence over this poor, war-torn state, which is also experiencing a humanitarian disaster on a grand scale due to the ongoing conflict.

Hizballah's role as a regional proliferator of terrorism, radicalism, and high-level operational capabilities is a constant threat to the Middle East and beyond.