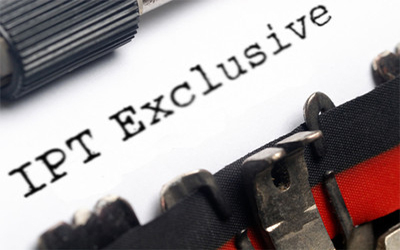 Lawyers for parents suing the San Diego Unified School District (SCUSD) over the implementation of its Council on American Islamic Relations (CAIR)-backed anti-Islamophobia program have updated the complaint they filed in federal court last month. The updated filing adds focus on CAIR's Hamas ties and its status as a religious organization, in addition to shining a greater spotlight on how the scheme violates California law.

This anti-Islamophobia program came about due to lobbying by CAIR, and was passed by the school board, according to the plaintiffs, with the aim of stopping anti-Muslim bullying. But the Freedom of Conscience Defense Fund (FCDF) – the group filing the lawsuit – and plaintiff parents don't buy into the rationale.

As in the original complaint, the plaintiffs continue to assert that the school district created a "discriminatory scheme" that establishes Muslims as a privileged group. The anti-Islamophobia program allegedly does so because similar policies do not protect adherents of non-Muslim religions from similar harassment, and as such, violates state and federal law.

School district officials noted they would "identify safe places" for Muslim students and "explore clubs at the secondary level to promote the American Muslim Culture," the updated complaint said. Similar accommodations are not being given to adherents of other religions who feel bullied or harassed.

The amended complaint notes that the school district only found seven reported incidents of religiously motivated bullying of K-12 students between July 1, 2016 and Dec. 31, 2016, but did not specify the victims' religion(s).

"Applying this number, the number of K-12 students who reported an incident of religiously motivated bullying and harassment is approximately 0.006 % of actively enrolled students," the revised complaint said.

It also notes that CAIR-CA's 2014 report that led the school district to adopt its anti-Islamophobia program found that only 7 percent of students reported being subjected to mean comments or rumors about them because of their religion. FCDF Executive Director Daniel Piedra told the Investigative Project on Terrorism (IPT) the so-called anti- Islamophobia program might be a solution to a non-problem, but it's great for CAIR's fundraising.

"CAIR-SD solicits donations on its public website to 'Combat Bullying in Schools,' which is listed as a 'specific program,'" the updated complaint said.

Is CAIR a Religious Ministry or a Civil Rights Group?

This revised complaint aims to undermine any attempt by the San Diego schools to cast CAIR as a secular civil rights group; the complaint now includes CAIR testimony in a recent National Labor Relations Board (NLRB) case explicitly claiming it is a religious group.

Yet CAIR San Diego Executive Director Hanif Mohebi sought to downplay his group's religious character after Freedom of Conscience Defense Fund (FCDF) attorney Charles LiMandri announced the suit. The FCDF claimed among other things that having the SCUSD work with CAIR to formulate the anti-Islamophobia program violated the Establishment Clause of the U.S. Constitution.

Mohebi described CAIR as a civil rights and liberties organization.

"I am appalled. I am not happy with people who have no shame to label people with no facts," NBC San Diego quoted Mohebi as having said in response.

CAIR's National Executive Director Nihad Awad, referred to in the NRLB case as Nehad Hammad, contradicted Mohebi, asserting that CAIR is a religious ministry and is therefore exempt from the NLRB's jurisdiction. [Awad's full name is Nehad Awad Hammad, according to a 200-page deposition.]

"The Employer's letterhead includes a header that reads, 'In the Name of God, the Compassionate, the Merciful.' According to Hammad, the header is there to identify the Employer as a religious organization, and the header [on CAIR stationery] is the opening verse of every chapter of the Quran," Charles L. Posner, regional director of the National Labor Relations Board, wrote in his April 7 ruling.

The lawyers cite Awad's testimony in the NRLB case, noting that he stated that "informing the American public about the Islamic faith is a religious obligation, and distributing these publications is both a religious and educational exercise."

They also note in their amended complaint in the San Diego case that CAIR's National Communications Director Ibrahim Hooper told The Minneapolis Star-Tribune in 1993 that he "wouldn't like to create the impression that I wouldn't like the government of the United States to be Islamic sometime in the future. ... I'm going to do it through education."

These facts can go a long way toward helping the plaintiffs build their case that working with CAIR violates the Establishment Clause, Piedra said.

SDUSD has had a long relationship with CAIR. Back in March 2012 the school district entered into a partnership agreement with the Islamist group to create a "Teaching Against Islamophobia Training Program for Faculty and Staff of SDUSD." The amended complaint also notes that the school board gave CAIR San Diego Executive Director Hanif Mohebi an award in November 2015 recognizing CAIR's role in "promoting equitable educational opportunity for all students." The proclamation recognizing Mohebi also noted that CAIR San Diego had taught students for 10 years to "accept and honor religious and cultural differences among their peers."

Another example of CAIR-CA's religious activity is the distribution by CAIR-CA, the parent organization of CAIR San Diego, of a pamphlet titled, "An Educator's Guide to Islamic Practices," that includes citations from the Quran. Further, CAIR San Diego officials visited an elementary school in the district in February to lecture Seventh and Eighth graders about Islamophobia.

Mohebi has already been in the schools over a dozen times talking about Islam, Piedra said.

CAIR-CA urges Muslim students to report alleged bullying episodes through its website rather than through the school district directly. According to the school district's bullying and intimidation policy students making the complaints may seek damages in civil court, the amended complaint notes.

"According to CAIR-CA, if the Anti-Islamophobia Initiative is successful, 'San Diego Unified School District would be the leading school district in the nation to come up with a robust and beautiful anti-bully and anti-Islamophobic program,'" the amended complaint said.

CAIR-CA has a broader definition of bias and bullying than the school district does. The updated lawsuit said that CAIR's definition could cause students to be accused of Islamophobia even if they "neither prefer nor incline toward Islamic beliefs and Muslim culture."

Piedra notes that state law requires complete neutrality when it comes to religion, and CAIR's definition of bullying is so broad that unintentional slights could potentially land students in hot water.

Piedra contends the amended complaint also offers an opportunity to define who CAIR is, particularly when it comes to its Hamas ties.

"Six CAIR leaders have been arrested, convicted or deported for terrorism crimes; of course, we have it as an unindicted co-conspirator [in the Holy Land Foundation (HLF) Hamas fundraising trial]. Among those convicted [in the HLF trial] was [Ghassan] Elashi, the founder of CAIR's Dallas chapter," Piedra said.

The amended complaint alludes to the HLF trial's findings, saying "Federal prosecutors have acknowledged that Muslim Brotherhood leaders founded CAIR and that CAIR conspired with other affiliates of the Muslim Brotherhood to support terrorists." Federal Judge Jorge Solis wrote that pieces of evidence introduced by prosecutors in the 2008 HLF trial "do create at least a prima facie case as to CAIR's involvement in a conspiracy to support Hamas" in his July 2009 ruling.

Awad openly expressed his support for Hamas at a March 22, 1994 forum held at Barry University in Florida saying, "I used to support the PLO, and I used to be the President of the General Union of Palestine Students which is part of the PLO here in the United States, but after I researched the situation inside Palestine and outside, I am in support of the Hamas movement more than the PLO."

Internal documents seized by the FBI show that CAIR and its founders, Omar Ahmad and Nihad Awad, belonged to a Muslim Brotherhood network known as the Palestine Committee. Both men appear on a telephone list of Palestine Committee members [Ahmad is listed under a pseudonym "Omar Yehya"]; CAIR is listed on a meeting agenda listing the committee's branches.

The amended complaint references an April 2009 letter from FBI headquarters in Washington to former U.S. Sen. John Kyl explaining its 2008 decision to suspend its relationship with CAIR due to concern about "a connection between CAIR or its executives and HAMAS."

The plaintiffs' lawyers note that the U.S. Department of Justice reaffirmed this policy of not cooperating with CAIR in September 2013, and that the United Arab Emirates classified CAIR as a terrorist organization in 2014.