Fox in the Hen House: Allowing Terrorists to Re-enter Prisons 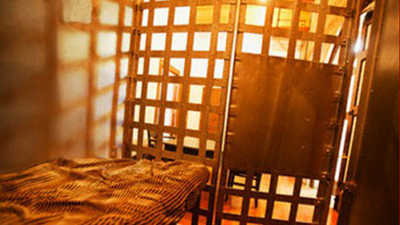 Recent articles by the IPT and other news organizations have addressed the growing concerns regarding the upcoming release of over a hundred inmates convicted of terrorism related crimes. Experts have spoken on the lack of a bona fide strategy that will address the unique security issues presented when a terrorist is released. The need for post release specialized supervision programs is clear.

The one idea that should not be on the table is to allow them to re-enter prisons to speak with inmates as a religious volunteer. Yet this is exactly what has happened in the Virginia Department of Corrections (VADOC) for the last two years. 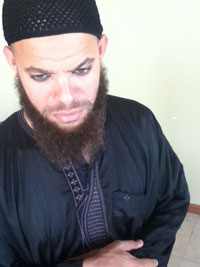 Edwin Lorenzo Lemmons, also known as Asad al Salaam, is an employee of the Muslim Chaplain Services of Virginia. He is licensed in the state as an Islamic clergyman authorized to perform marriages and other religious ceremonies. He has been issued a statewide pass to enter any VADOC facility and speak with inmates. He is currently teaching a class in Arabic for inmates. He is also an ex-offender. While that in itself is not unusual, many ex-offenders, in a desire to give back and help others in similar situations, have successfully done so. This particular ex-offender, Edwin Lorenzo Lemmons, (FBI # 939113RA3), is quite unique.

Lemmons' criminal history began in a small rural community in upstate New York. His parents had sent him there from Chicago in hopes of protecting him from the scourge of gang violence and drugs. His first arrest occurred when he was a teenager, and for the next two years he amassed charges ranging from DUI to Burglary, Assault, and finally, Robbery. The last charge resulted in his being sentenced to a term of 2-4 years in a New York State prison. Upon his entrance to a Reception and Classification facility in April of 1996, he declared his religion as Christian. A few months later, after meeting with several inmates of Middle Eastern descent, one, a former Colonel in the Yemeni army and the other, a member of Hamas, Mr. Lemmons informed his counselor that he was changing his religious affiliation to Islam. Following that development, he began to attend Arabic classes taught by another inmate in the Cayuga Correctional Facility. The inmate teacher's name was Abdel Nasser Zaben.

Abdel Zaben, a Palestinian, was born in Jordan in 1969. He illegally entered the United States in 1990, arrested by the NYPD in 1993 for Kidnapping and Robbery, and sentenced to 18 years in prison. Zaben was also the target of an investigation by the Joint Terrorism Task Force who had received confidential information that he had sworn allegiance to Osama bin Laden and was recruiting disenfranchised inmates to his group for training and to fight in the Jihad. At the time he first met with Edwin Lemmons, Zaben worked as a clerk for the prison's Islamic Chaplain . For the next two years he tutored Lemmons in both Arabic and the Koran. When the time for Lemmons' release from prison drew near, inmate Zaben provided him with names and contact information of individuals in the Middle East who would assist Lemmons in his travel and studies.

Following his release, in the fall of 1998, Lemmons had his parole supervision transferred to Florida, and enrolled in the Islamic Center of Gainesville. In March 2000, Lemmons made his first trip overseas to the Middle East. Upon his return from Jordan through New York's JFK Airport and then on to Gainesville, Florida, he approached the president of the Islamic center and asked about fighting in the jihad overseas. The then-president, Mohamed Bahmaid, in an interview with members of the Joint Terrorism Task Force, stated that he tried to discourage Lemmons from any future overseas travel. Lemmons did not heed his advice. Four months later Lemmons made another trip overseas, this time to Egypt. He stayed for three months and while there, according to a reliable source who knew both Lemmons and Zaben, he received "underground tactical training."

Later, while under surveillance by the JTTF, Lemmons was observed at a firing range in Melbourne, Florida with two other individuals, firing AK 47's and SKS assault rifles. They were practicing tactical maneuvers known as "cover & concealment." In addition, authorities received credible information from a reliable source that described Lemmons as someone with extremist Islamic views similar to that of the Taliban. Lemmons himself admitted to extremist views in a recorded conversation with inmate Abdel Zaben. The majority of Lemmon's conversations with Zaben were in Arabic and required the use of government translators. The translators often remarked as to the skill and scholarly approach to the language that Lemmons had acquired. That development caused concern with investigators in June 2003 when monitoring a conversation between Lemmons and Zaben. Lemmons kept saying over and over to Zaben that he needed to learn how to say "Big Truck" in Arabic. He was fluent in Arabic and knew precisely how to say those words. Why was he repeating the phrase, "Big Truck"? Investigators believed this was a coded message about a possible future attack that Lemmons was to be involved with.

That is why on September 6, 2003, members of the FBI's Joint Terrorism Task Force arrested Lemmons in the Orlando airport as he returned from yet another trip to the Middle East. He was charged with possession of a firearm by a convicted felon. But this was no ordinary gun case. This was the result of a joint investigation dubbed "Operation Hades" which included investigators from my Office, the NYPD, the NYSP, and the JTTF. The goal of the investigation was to determine the level of Islamic radicalization in the prison system both here and abroad and also to identify and neutralize any radicalizing influences.

Lemmons was only one of the many radicals we uncovered.

As a result of his plea arrangement, he received a sentence of twenty seven months in the Federal Bureau of Prisons. He was released from prison on May 12, 2006. He continued to have contact with Abdel Zaben and other individuals in the Middle East whom he met during his travels. He has never recanted his extremist views.

The question arises as to why the Muslim Chaplains Services of Virginia would hire someone holding such extremist views. Perhaps they were unaware of Lemmons' background, or perhaps they share the same beliefs as Mr. Lemmons. The MCSVA is a non-profit organization incorporated in 2003 whose stated mission is "to serve incarcerated individuals, ex-offenders, and their families." To accomplish that goal, MCSVA has received funding from various organizations including the Islamic Relief (IRUSA), an organization with ties to the Muslim Brotherhood. Its former global affiliate and current partner organization Islamic Relief Worldwide (IRW) was banned from operating in Israel on allegations the charity funneled funds to Hamas. Later the same year, the United Arab Emirates declared IRW to be a terrorist group.

One of the MCSVA board members, Sa'ad El-Amin, pled guilty to Tax Fraud and sentenced to 37 months in a federal prison. Adding to this, MCSVA is now employing an individual who was radicalized in prison and has spoken of fighting and dying for jihad, namely Edwin Lorenzo Lemmons, also known as Asad al Salaam

Allowing an individual with such radical Islamic views to meet, teach, and influence a particularly vulnerable group of society, incarcerated men and women, is in direct opposition to the FBI's Correctional Intelligence Initiative which seeks to detect, deter, and disrupt the level of violent extremism and radicalization in correctional institutions. It specifically speaks of preventing un-vetted religious clergy and volunteers with extremist views from any interaction with inmates. The DOJ Inspector General's Office has also spoken of this security concern. That inmates could be radicalized while incarcerated and then carry out terrorist attacks after release is a very real concern both here and in abroad.

It seems incredulous to me that, in light of the recent terrorist attacks in the UK and other European countries, carried out in part by individuals radicalized in prison, someone with Mr. Lemmons' background would be allowed to reenter a prison, let alone teach inmates.

When notified of Lemmons' well documented criminal activity since his release from a New York State prison, Melissa Welch, the Operations Support Manager for VADOC, whose office oversees religious volunteers, stated that the approval to allow Mr. Lemmons to visit and teach inmates in Virginia was granted by her predecessor in 2015. She went on to say that the agency is in the process of reviewing how Edwin Lemmons slipped through the cracks and what action VADOC will need to take to correct the security error.

Three crucial steps will be necessary to effectively neutralize this egregious security breach. First, Virginia Department of Corrections Director Harold Clarke should immediately suspend Mr. Lemmons' authorization to enter any correctional facility. Second, an audit/investigation into how religious volunteers are vetted should be conducted, and changes made, to prevent individuals with prior convictions for terror related crimes to gain access to any correctional facility. And thirdly, a list of the names of all the inmates, both in custody or released, who attended any classes or services conducted by Mr. Lemmons should be forwarded to the National Joint Terrorism Task Force that has oversight for the Correctional Intelligence Initiative Program.

Failing to implement these steps will only increase the level of radicalizing influences in the U.S. prison system.

Allowing a fox into the hen house does irreparable harm to all. Allowing a terrorist back into prison will only do the same.