Hizballah-linked Paraguayan is Charged in Miami in a Drug Conspiracy 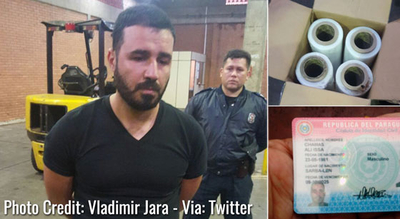 A Paraguayan man with ties to Hizballah pleaded not guilty in Miami federal court on Monday, after being charged with conspiring to distribute massive amounts of cocaine to the United States, the Miami Herald reports.

Paraguay's authorities arrested Ali Issa Chamas in August at an international airport for attempting to smuggle 39 kilos of cocaine. Chamas was extradited to Miami in June and now awaits trial.

But Chamas' indictment failed to reference his intimate relationship to Hizballah associates and operatives.

Chamas is of Lebanese origin and lived in Paraguay over the last decade. In addition to Brazil and Argentina, Paraguay is part of the Tri-Border Area (TBA), a region that enables Hizballah to cultivate a major base of operations. With a large Muslim population featuring significant numbers of Hizballah sympathizers, the terrorist organization uses this area for recruitment, arms smuggling and drug trafficking, and logistics planning for terrorist operations.

Hizballah also relies on legitimate businesses and front organizations in the region, diversifying its terrorist financing profile to generate a significant portion of its revenues from its Latin American operations.