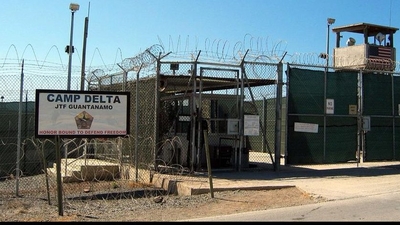 We often hear the line from a Robert Burns poem, "The best laid schemes of mice and men, often go askew," invoked when someone's grandiose plans blow up in one's face.

That may be what we're in store for if President Obama's recently announced plan to close the prison at Guantanamo Bay and place terrorists on U.S. soil is able to proceed unilaterally without congressional approval. This time, the danger in the plan is to the American people.

Slowly over the years he has been in office, Obama has released numerous terrorists to other countries without adequate provisions to prevent them from returning to the battlefield against U.S. soldiers and civilians.

One recent case is that of Ibrahim al Qosi. He was a member of al-Qaida and a personal aide to Osama bin Laden who was released from Guantanamo in 2012 and sent to Sudan. He recently appeared in a video as a spokesperson for al-Qaida in the Arabian Peninsula (AQAP).

In the video, "Guardians of Sharia," he calls on people to commit acts of jihad. Clearly his time in Guantanamo did nothing to rehabilitate him. He is the classic recidivist.

The fact that ex-cons often get released from prison neither rehabilitated nor transformed is nothing new. Recidivism rates for common criminals continue to be an issue for sociologists and criminologists to explore.

However, how to effectively prevent the phenomenon of a captured terrorist coming out of prison and returning to fight in the jihad is relatively unknown to law enforcement and counter terrorism experts. A recent Congressional Research Service report announced that as many as 100 inmates convicted of terror related crimes will be released in the next five years. When faced with the question of rehabilitation strategies for those terrorists about to be released, John Carlin, the Justice Department's Assistant Attorney General for National Security, said, "There are [rehabilitation] programs for drug addicts and gang members. There is not one [program] with a proven track record of success for terrorism."

Which brings us to the administration's plan to close the Guantanamo detention center, something it cannot do without congressional approval, by either releasing detainees to other countries or by transferring them to the U.S. Bureau of Prisons.

Both options are dangerously foolish and fraught with peril. Releasing terrorists to a neutral country does not ensure that they will not be able to travel or reconnect with former jihadist associates, as Ibrahaim al Qosi did.

Placing them in the Bureau of Prisons will not restrict them from influencing other inmates to their cause.

Case in point: John Walker Lindh, otherwise known as the "American Taliban," who was captured in Afghanistan fighting alongside al-Qaida, is one of the 100 inmates to be released from a U.S. prison in the near future. Lindh recently won a lawsuit filed in federal court challenging the BOP's authority to restrict his movement and interaction with other inmates.

He is now allowed to co-mingle with other potential jihadists at least five times a day. The fact that he was chosen by the other inmates as their spokesman and amir – the leader of the inmate Muslim community – demonstrates his influence.

The president's plan to close Guantanamo lacks any specificity about where the remaining terrorists will be housed. That type of vagueness is fraught with danger to the American people. Congressional leaders must take firm decisive action to stop the president's plan to close Guantanamo. Captured or convicted terrorists must be kept behind bars in their current location, Camp Delta in Guantanamo Bay. The administration's current "catch and release" program in the war on terrorism simply is not working.

I see the outcome of this folly already. Somewhere in the vastness of this World, likely multiple points American will be kidnapped with a fuse burning down. They'll announce from the outset that if an exchange does not take place by a certain time they'll behead burn quarter or some other Barbaric Act. How is it that after the White House show the elder Bergdahl contacted the Taliban spoke with them in Arabic and alluded to some promise Obama made but he told them the time wasn't right yet. There were a few by-lines on this and it went ice cold?

Is the latest attempt to close Gitmo an attempt by POTUS to appease IRAN because Hezbollah has a base in Cuba and could therefore claim a 'moral' victory of beating back the evil imperialist USA?

They will lawyer up at the taxpayers expense. It would not surprise me if Eric Holders law form reaped in Millions of $$$$$$$$. They did in the past.

This is another feel good disaster waiting to happen!!