A radical Canadian imam called for Muslims to "look forward" as "Rome will be conquered," in a Friday sermon posted on the Internet on Feb. 16 and translated by the Middle East Monitoring Research Institute (MEMRI).

Mady, based in Edmonton, also spoke of restoring the "rightly-guided" Islamic Caliphate.

"This is my advice to you. If you hold to it you will conquer Rome and own the world, if Allah wills," Baghdadi preached in an attempt to garner more recruits to ISIS. 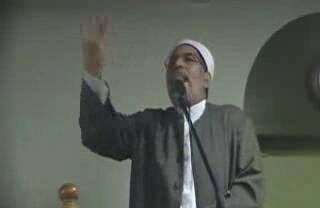 In one photo, Mady is shown signalling the infamous Muslim Brotherhood four-fingered salute. 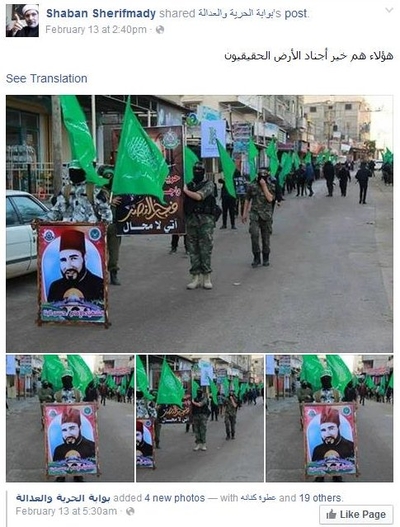 Moreover, on Feb. 13, Mady posted photos of Hamas terrorists celebrating "the martyrdom of Imam Hassan al Banna, founder of the Muslim Brotherhood," according to an Investigative Project on Terrorism (IPT) translation.

A day later, Mady shared a gruesome video of a wounded woman and called for the destruction of Israel.

"Israel is a terrorist state, in its government and people...The Intifada continues until we restore all of free Palestine...And Jerusalem is the capital of righteous Islamic Caliphate," Mady wrote in the caption accompanying the video.

Mady was a scholar at Egypt's Al-Azhar University and served with the Egyptian Ministry of Education. He is now an imam in Edmonton and has preached extremely radical Friday sermons in the past to his Muslim congregation in Edmonton, reports CIJ News.

He recently praised Canadian Prime Minister Justin Trudeau for welcoming Muslim refugees, but also called on Allah to destroy enemies of the faith:

"Why (was the Muslim Brotherhood movement was designated as) a terrorist organization? Because it calls for the return of the Caliphate (Islamic State). If so, I'm an operative of the Muslim Brotherhood, I'm a terrorist... (O Allah) to those who want to harm Islam and the Muslims, make their animosity annihilate themselves, make them kill themselves, destroy them completely, annihilate them all, like you did to the peoples of A'd and Thamoud...O Allah, support all mujahideen in any place around the globe."

Where is Jewish voice

Ernst Zundel went to jail for years for questioning the holocaust, but here we have a public adamant cry to kill Jewish soldiers. Are the hate laws not applicable here -(Canada has very strong so called "hate laws")

Since it appears the PTB want to increase this rhetoric to stimulate the religious wars they want to ignite the introduction of the NWO Makes you wonder about the true agenda.

RE Freedom of Speech

It's best to allow them to voice their hate towards non-Muslims out loud than to amend our our speech laws. They are also easier to track down. Take away freedom of speech and they go underground which is by far worse.

If anything, all they are doing is earning extra points in Paradise. This is true Islam. By attempting to suppress them, you become an enemy of the 'faith'.

Speaking of freedom of speech in Canada, it is now in great peril. There is a new law - Bill 59 - that will be adopted in Quebec that criminalizes offensive speech (the Web) and this might go as far as include conversations. The HRC guy that pushed for the Bill is soon moving to Ottawa. His intent is to have this type of bill implemented throughout Canada.

And Canada allows these sick animals in their country. When they realize what evil they have brought in, then it will be too late. Everyone knows, but most all governments, what Islam is. Sad, and horrifying, to watch all these countries fall so hard. Mine included.

"Rome" is already in the hands of Erdogan

Another mahometan not well versed in history. At the time of Mo', "Rome" was used to designate the Eastern Roman Empire, with its capital Constantinople. That's what Mo' meant so the mahometans already have it. Constantinople was taken by the Ottoman Turks in 1453 AD and renamed Istanbul.
Rome, Italy was an impoverished and neglected settlement in the Duchy of Rome, part of the Exarchate of Ravenna. At that time the Eastern Roman Empire held onto some coastal parts of Italy but most of Italy had been taken by Lombards.

Our freedom to speak here in Canada and the U.S. allows these fanatics to preach their doctrines of destruction and hate toward non Muslims. Canadians and Americans need to shut down the migration of MUSLIMS INTO OUR COUNTRIES, before it is too late? We already have a huge domestic problem with gangs and violent crimes. We shouldn't be adding fuel to the fire.