This week's air strike in Syria which killed a notorious Hizballah terrorist generated the usual cries of "death to Israel" and promises of retribution.

Samir Kuntar was one of the most hated terrorists in Israeli history, a man who killed a 4-year-old girl by smashing her head with a rifle butt. He served nearly 30 years in an Israeli prison before being released in a 2008 exchange in which Israel received the remains of two slain soldiers. Kuntar received a hero's welcome in Lebanon. 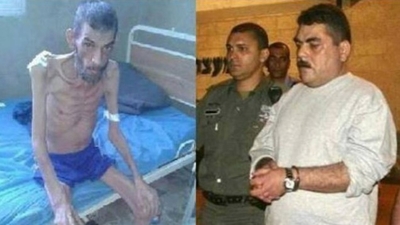 A Syrian journalist took a different tact this week in remembering Kuntar's release. Faisal al-Qassem was struck by Kuntar's robust condition in pictures from the release, and placed one next to a picture of a Syrian prisoner.

"Samir Kuntar left an Israeli prison with a beer belly and a doctorate," al-Qassem wrote in a Facebook post flagged Wednesday by the Times of Israel. "At the other extreme, this is how Syrians leave [dictator Bashar] Assad's prisons."

He has a point. Kuntar doesn't look like a man who missed many meals in Israeli custody, while the emaciated Syrian invokes memories of those who survived Nazi concentration camps.

"We are taught that Israeli prisons are the worst in the world but in fact we know that the Israelis are more merciful than all of the Arabs," wrote one Facebook user in Arabic. "Some say that the Zionists are our biggest enemy, dogs and murderers. But Muslims kill more Muslims that the Zionists," read another.

A lot of Arabic-language media dispense rabidly anti-Israel views and promote anti-Semitic conspiracy theories. It is refreshing to see Qassem's recognition of reality and the strong support it generated.