Report: Al-Arian to be Deported Wednesday

Update: Sami Al-Arian was deported from the United States late Wednesday. According to a statement from Immigration and Customs Enforcement, he flew to Turkey "via a commercial flight from Washington Dulles International Airport in Fairfax, Virginia." 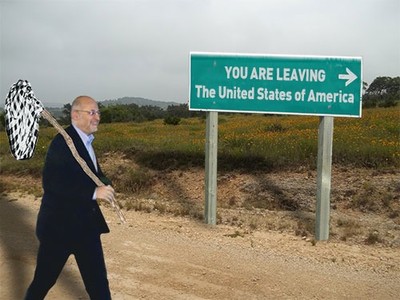 Sami Al-Arian, a member of the Palestinian Islamic Jihad (PIJ)'s governing board during the 1990s, will be deported from the United States Wednesday, a Tampa radio station reports.

WUSF, a public radio affiliate at the university where Al-Arian worked as a tenured computer science professor, cites Al-Arian associates who say he is headed to Turkey.

Al-Arian agreed to leave the country as a condition of his 2006 plea agreement for conspiring to provide goods or services to the PIJ, which President Clinton first named as a terrorist organization in a 1995 executive order.

The deportation ends a 20-year saga for Al-Arian, who was first exposed as a PIJ supporter in the Polk Award winning documentary "Jihad in America" produced by IPT founder and Executive Director Steven Emerson.

Under President Tayyip Recep Erdogan, Turkey has moved closer to radical Islamic movements including the Muslim Brotherhood and Hamas. Several key Hamas leaders are believed to be operating in Turkey, many, like Hamas political chief Khaled Meshaal, recently were asked to leave Qatar.

Al-Arian became a cause celebre among Islamists and their political allies. They ignored his documented role in PIJ leadership, and cast the law enforcement scrutiny against him as the product of an Israeli conspiracy to silence him solely for espousing his political views.

While a University of South Florida professor, Al-Arian created a charity and a think tank that operated nearby. The think tank, called the World and Islam Studies Enterprise (WISE), provided cover and refuge in Tampa to Ramadan Shallah (as Ramadan Abdullah), who emerged in Syria as the PIJ secretary general in 1995. Shallah remains in that position today.

Like Al-Arian, Shallah served on the PIJ Shura Council – essentially its board of directors – during his time in the United States. Al-Arian also helped arrange U.S. visas for two other Shura Council members – Mazen al-Najjar and Basheer Nafi – both were deported.

The charity, the Islamic Committee for Palestine (ICP), hosted annual conferences and other events from 1988-92 that featured prominent figures from PIJ and other radical groups. The PIJ's spiritual leader, Abdelaziz Odeh, was a staple at these events. At this 1991 event in Cleveland, Al-Arian sits passively as the ICP is described as the PIJ "active arm" in America. Donations for the jihad can be sent to the ICP.

Four years later, in the wake of a double-suicide bombing that killed 21 people in Israel, Al-Arian wrote to a Kuwaiti associate soliciting money for the PIJ. Federal investigators found a copy of the letter in Al-Arian's home during a 1995 federal raid. Al-Arian claimed he never sent the hand-written solicitation, in which he urges his acquaintance "to try to extend true support of the jihad effort in Palestine so that operations such as these can continue." 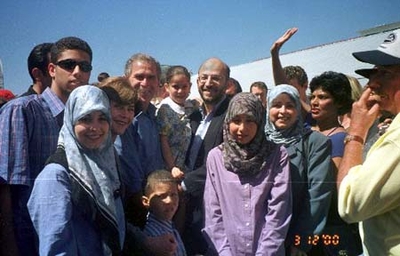 But it was only after he was under federal investigation for terror support that Al-Arian developed real political clout. Casting himself as the victim of government overreach, he made contacts on Capitol Hill and was considered someone who might help steer Muslim voters toward political candidates, including George W. Bush during the 2000 presidential campaign.

His 2005 trial ended with a mix of acquittals and counts on which jurors could not unanimously reach a verdict. Rather than face a retrial, Al-Arian entered his guilty plea to one conspiracy count.

As U.S. District Judge James Moody said in sentencing Al-Arian in 2006, "The evidence was clear in this case that you were a leader of the Palestinian Islamic Jihad. You were on the board of directors and an officer, the secretary. Directors control the actions of an organization, even the PIJ; and you were an active leader."

His deportation was delayed after he was found in contempt and later indicted for refusing to testify before a federal grand jury in Virginia investigating terrorist financing despite a grant of immunity for his truthful testimony. That case languished for five years when U.S. District Judge Leonie Brinkema refused to rule on a motion to dismiss but also would not set the case for trial.

The loss of a great professor

Whoever said Sami Al Arian is a member of Palestine Islamic Jihad is an idiot! There is a Anti - Islamic conspiracy backed by the 3rd rail from Tel Aviv!

we Americans are so gullible we believe everything on TV or the News Papers, rather than research. Shame on all those who look up to Massad, Mossad is the leader of ISiS. Research and find out the truth

Only hope is in G-d

It seems the whole world now can only depend on Israel and Mossad to keep terrorists in check. Only because of the one true G-d of Abraham, Isaac and Jacob.

The US is becoming a safe haven for islamist terrorists and their supporters. Our legal system just cannot handle their modus operandi and we as a people do not know how to deal with people that lie with a straight face and stab in the back at any opportunity.

we can only hope that Mossad keeps "track" of...

We are really surprised that Obama didn't come up with, "If I had a grandfather he would look like Sami," or something equally stupid.