The Terrorist Attack in Australia: Coming to a Theater Near You

This article originally was published by Foxnews.com. 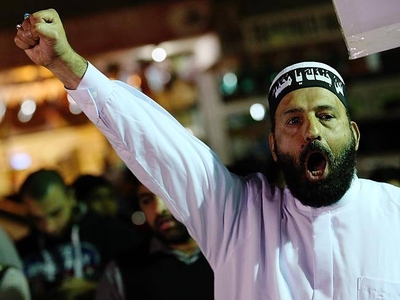 The violent conclusion to the Australian hostage taking terrorist siege was inevitable. The terrorist Man Haron Monis was killed as the Sydney police swat team stormed the café. Even though two hostages were killed, the Sydney police had no choice but to act. After a siege lasting nearly 17 hours, police had good reason to believe that the self-anointed "Sheik" Haron Monis was going to make good on his threat to detonate the bombs he claimed to have unless his demands were met.

There had been an open line between a police hostage negotiator with the terrorist for much of that time but with up to 10 hostages remaining captive, it was feared that the terrorist was going to become a suicide bomber and thus kill everyone in the café. The Sydney police are now involved in investigating and reconstructing the time line of entire incident. But there is no doubt that the Australian police saved the lives of many more hostages.

There should be no doubt that this was a pure act of Islamic terrorism despite ludicrous assertions by some commentators that his "motivations" were unknown. We will see all sorts of "explanations" that because his rap sheet included indictments for sexual assault and murder, he was not really an Islamic terrorist but someone who was simply mentally unstable. Well, the same rationale could be said for all terrorists. After all, who in their right mind would want to kill innocent civilians because of their religious beliefs?

Islamic extremists do. And to deny their radical Islamic motivation—as our own government has done repeatedly in refusing to classify Islamic terrorist attacks as such as in the case of the massacre carried out by Major Nidal Hassan—is a guarantee that such acts will continue to be perpetuated especially by lone wolf terrorists. Australian police are investigating to determine if Monis acted alone or whether he acted in concert with other Islamic extremists or even at the behest of ISIS itself.

Last month, Monis pledged his allegiance to ISIS and renounced his Shiite heritage in an online posting that since has been taken down. Our organization, the Investigative Project on Terrorism, retrieved the page and translated it. Monis wrote:

"Pledge of allegiance [to ISIS] of Sheikh Haron"

His website also contained rants against the Australian government for their involvement in Iraq and Afghanistan.

Australian intelligence was aware of Monis early on and had an extensive file on him based on his prior radical Islamic activities in Australia and electronic surveillance of his communications with Islamic terrorists overseas.

The terrorist incident in Sydney certainly indicates parallels with the calls for individually driven terrorist attacks by Islamic radicals throughout the West. These calls grew in prominence with Inspire magazine, put out by Al Qaeda in the Arabian Peninsula (AQAP) led by Anwar Al-Awlaki until he was killed by a U.S. drone. In calling for Muslims living in western countries to carry out lone wolf terrorist attacks, ISIS has copied the same playbook as AQAP in calling for local attacks whenever and where ever possible. These attacks are happening all over the world now, especially fueled beyond the Internet by the rise of social media which has pushed the message of Islamic terrorism virtually as fast as the speed of light. In the past two years alone, there have been more than 100 attempted or successful ISIS inspired Islamic terrorist attacks in Europe and the United State From Belgium to France to Oklahoma City, no place is immune from Islamic terrorism, whether it be from returning ISIS veterans or just those radical Muslims living in the West who are motivated to carry out attacks.

Moreover, it is a lethal mistake for western leaders to differentiate ISIS from other Islamic terrorist groups such as Hamas, Hizballah, Boko Haram, or Al Shabaab. Those Islamic terrorist groups are motivated by the same underlying motivations behind ISIS: to kill as many of their infidel enemies as possible and impose Islamic supremacy. The only difference is that ISIS has declared itself to be a global caliphate; the other groups are focused on becoming regional caliphates. But their genocidal agenda and tactics are no different than those of ISIS. The only reason Hamas has not been as successful as ISIS in killing its infidel enemies is that Israel has been able to stop Hamas from carrying out acts of mass murder, even though Hamas tried this past summer when it launched more than 6,000 rockets and missiles at Israel in an effort to kill as many civilians as possible. Nigeria on the other hand has been unable to stop the horrific successful attacks by Boko Haram in which more than 300 Nigerians have been slaughtered in the past year alone.

Australian intelligence agencies probably had the best handle on the domestic threat by Islamic extremists as evidenced by their successful interruption of major plots in the past year. Those plots included a plan to behead Australian civilians and a conspiracy to bomb Australian targets. But those were plots planned by conspiracies of multiple extremists. Today's incident, however, shows the difficulties of stopping lone wolf attacks. What we are witnessing is not the rise of radical Islam. It is only an extension of the rise of radical Islam unleashed by the 9/11 attacks. The difference is that this phase is not directed by centralized organizations. Islamic terrorism has now become decentralized, creating a new challenge for western intelligence agencies. It creates extraordinary pressure to come up with new methods to monitor internal threats which are also a technical challenge as it means monitoring meta data of social media. But the most dangerous and counterproductive act would be to deny that Islamic terrorist attacks are what they are: Islamic terrorist attacks.

Steven Emerson is executive director of the Investigative Project on Terrorism and the executive producer of a new documentary about the Muslim Brotherhood in America "Jihad in America: the Grand Deception."

I guess you can take a mentallyt unstable person who walks into a Movie theatre and kills people and equate him to a terrorist.....you know what you are right on that account. I guess the repeated acts of violence carried out by people of the muslim faith are just coincidences and we are all biased against Muslims........I think you really need to take a break from that 1400 year old book...and give yourself a reality check.....All so called peace loving Muslims need to rise up and cast out these people who are commiting these acts of violence, but we all know that won't happen....

James Holmes was a white man who went into a movie theater in Aurora, Colorado, USA and he ended up killing approximately 12 and disabled and injured many others but he isn't having foxnews articles written about him describing how he's a terrorist is he? Where is the equality and justice the land of the "free" promises its citizens yet he isn't even in jail and its been nearly 3 years since the incident occurred? This is media prejudice at its best simply because Westerners don't agree with islam and that is such childish behavior actually a child is more understanding because they're willing to learn unlike westerners and you guys like to paint yourself as so enlightened and scholarly yet you can't understand a book that was written 1400 years ago by someone you say was illiterate, it just doesn't make sense tsk tsk.

Excuse my language, I feel ive earned the right to speak, as I am a VET. kick their ass out! put them on a small boat, set it adrift in the ocean, put a small hole in the boat, let the great white sharks eat them. where i am, we dont allow them, so far.

Why is the PM giving in/ what threat is being made we cant handle. here, our police will shoot them in a second, if they try this crap, no talk. if our police need help, we the people here will take care of it.

Merry CHIST MAS! TO ALL

We've seen this movie before

Dear Steve: Excellent article. Why does the West continue to erase perpetrators' comments and then claim ignorance of their "motivation"? Obama refused to refer to the Taliban, Islam or Muslims in referencing Pakistan (reminiscent of Beslan and the attacks at Kiryat Shimona and Maalot, all by the same ideological monsters). Australia and all of us need to surveil mosques, close down Saudi funded radical hotbeds of Wahhabism, throw the Muslim Brotherhood out of the White House and begin to uproot creeping sharia. Why do we continue to admit "refugees," Visa holders and other immigrants from Muslim nations? The notion that all of this would go away if only Israel capitulated (and went away) is clueless at best and Machiavellian at worst. For Kerry to inform Bibi that a US Security Council veto on a resolution to recognize the Palestinian Authority as a Palestinian State is not guaranteed reveals the animosity of this administration to Israel. Obama claims that he, like all black American men, have been mistaken at one time in their lives for a valet is contentious and opportunistic to promote a narrative that is defied by facts. To continue to "engage" our enemies while refusing to talk to conservatives is telling about a worldview closer to the Marxist and Islamist one than to an American perspective. To see the Occupy Wallstreet crowd protesting police (and calling for dead ones), Sandra Fluke demanding free recreational contraception on the taxpayers' dime, illegal immigrants demanding their "rights," law enforcement and the socially engineered military surrendering to allegations of "Islamophobia" and an administration that abuses its power and shreds the Constitution is appalling. We'll let Iran go nuclear, embrace an unrepentant Cuba, promote socialism and surrender and "fundamentally transform America" unless more people give up cradle to grave dependency and willful blindness and start doing their homework. Citizenship demands voters be informed. The reflex that sends Jewish voters to the Democratic ticket is suicidal. Mainstream Christian churches more concerned with social justice than the slaughter of Christians by Muslims are a threat to their followers. Heeding your warnings and carefully researched and documented reports and analyses is key to that "American awakening." Sincerely, Dana Willens