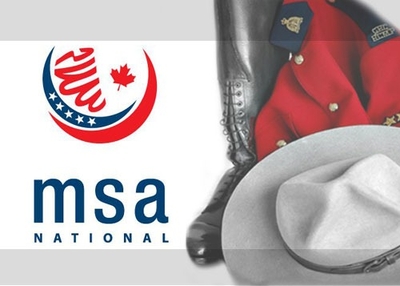 "The upcoming event in Windsor is the latest example of an increasing and dangerous collaboration between Canada's security agencies and Islamists linked to the Muslim Brotherhood infrastructure," the Point de Bascule report says.

The program, "Violent Radicalization and It Impact on Muslims," also features two speakers with a history of supporting radical Islamists. One of those speakers is Muhammed Robert Heft who recently met with Taliban officials in Qatar in hopes of getting the Taliban to stand against the Islamic State. The other radical Islamist is law professor Faisal Kutty has been a spokesman for two charities accused of al-Qaida ties.

The host organization, MSA, was founded in 1963 by Muslim Brotherhood members at the University of Illinois at Champaign-Urbana. It served as the organizational base from which the Islamist movement in North America sprang. A 2007 New York Police Department report found that extremists use MSAs as "forums for the development and recruitment of like-minded individuals."

Numerous individuals with MSA ties have been convicted or charged with terrorism-related offenses.

"However, if we look carefully at the organizations that they support and the goal that they pursue, they are indistinguishable from those defended by violent Islamists," said Marc Lebuis, director of Point de Bascule. "In fact, Islamists waging violent jihad and those waging what they call themselves the "jihad of the tongue" are executing a good cop/bad cop routine in front of our very eyes."

The "jihad of the tongue" involves calling non-believers to Islam, and it can accompany a military or political struggle. Muslim Brotherhood ideologue Sheik Yusuf al-Qaradawi contends that this sort of jihad can be waged by "calling others to Islam, highlighting the merits of Islam and preaching in the language of the target audience."

The Hamas Charter similarly endorses the jihad of the tongue as a prong of its offensive against Israel and the Jews, Lebuis said.

"Jihad is not confined to the carrying of arms and the confrontation of the enemy. The effective word, the good article, the useful book, support and solidarity - together with the presence of sincere purpose for the hoisting of Allah's banner higher and higher - all these are elements of the Jihad for Allah's sake," Hamas says in Article 30 of its 1988 charter.

Point de Bascule, a non-profit watchdog group that monitors the activities and operations of radical Islamic groups in Canada, warns that if those waging the "jihad of the tongue" on Canada's security infrastructure succeed, it will make the "task of neutralizing violent jihadists almost impossible."

The fruits of this engagement include a 2009 RCMP document "Words Make Worlds" that discourages police officers from using Islamic concepts to describe the Islamist threat. Michel Coulombe, director of Canada's Security Intelligence Service, testified in February that his agency prefers to refer to jihadism as "terrorism inspired by Al-Qaida ideology" rather than invoking Islamic terminology.

It's not a notion that will be challenged by the others on Wednesday's Windsor panel.

Muhammed Robert Heft is a Toronto-based convert imam who has advised the RCMP, Canadian parliamentarians along with U.S. and Australian government agencies counter-terrorism issues. Heft helped create a "Specialized De-Radicalization Intervention Program" modeled on Alcoholics Anonymous to work with radicalized Muslim youth. He also founded P4E Support Group, which states on its website that it exists to "assist Muslims converts."

Heft portrays himself as a moderate; however, his Facebook page raises questions about that. Earlier this month, Heft travelled to Doha, Qatar to meet with Taliban representatives at their "embassy" there.

"Please pray for the success of my mission. I am meeting with the head of the Taliban Embassy in Doha, Qatar and we are working on a treaty that would state clearly that the Taliban (Mujahideen) don't condone vigilante violence, Criminal acts or Terrorism in Non Muslim Countries. They have agreed to take it to Mullah Omar," Heft wrote Oct. 24. "This will hopefully put some doubt as to the legitimacy of ISIS and there(sic) Fatwas about killing indiscriminately."

He said that he had been in communication with the Taliban for the previous six months leading up to his announcement.

Such sentiments ignore the Taliban's history of indiscriminate killing of innocents and its support for Osama bin Laden and al-Qaida both before and since 9/11. Al-Qaida Emir Ayman Al-Zawahiri pledges his loyalty to Mullah Omar.

Canada's government added the Taliban to its list of terrorist organizations in 2013, noting that the terrorist group mostly relies on suicide bombings and improvised-explosive devices to kill indiscriminately.

Heft's Facebook page links to the website of Zakir Naik, a Muslim televangelist banned from entering Canada in 2010.

Faisal Kutty, the third panelist at the MSA event, is a Valparaiso University law professor in Indiana..

Kutty served on the board of Council on American-Islamic Relations (CAIR) Canada office and worked as a spokesman for the World Assembly of Muslim Youth (WAMY), a radical Saudi funded organization and the Benevolence International Foundation (BIF) – both organizations linked to al-Qaida and Osama bin Laden.

Kutty told journalists that BIF "provides succor for the needy, not help for terrorists" and denied that Benevolence International Foundation had ties to Al-Qaida in October 2001, according to the Point de Bascule report.

Kutty publicly defended WAMY in October 2001, telling a Canadian newspaper it was a "very respected organization" and that people "would be shocked" to hear allegations linking it with al-Qaida. But a Canada Revenue Agency (CRA) audit released in 2011 found that WAMY had served as "primary [source] of Al-Qaida financial and fundraising activity" in 1993 and that it "served a critical role in the Arab-Afghan terrorist infrastructure."

Furthermore, in 2003, David Kane, a special agent with U.S. Customs Service, signed an affidavit in which he revealed numerous radical, racist and terrorist activities supported by WAMY, including active support for Hamas' terrorist wing. Kane also cited the fact that WAMY published many books for Muslim youth promoting hatred of Christians and Jews. Kane quoted from one book as follows:

"[T]he seed of the Gulf-war was planted by a Jew; the Jews are enemies of the faithful, God and the angels; The Jews are humanity's enemies; they foment immorality in this world; The Jews are deceitful, they say something but mean the exact opposite; Who was behind the biological crisis which became like brain washing? A Jew; Who was behind the disintegration of family life and values? A Jew; The one that stirred-up hate and turned the individuals against their Muslim governments in the Arab peninsula - a Jew; Who promoted Atheism and made the countries thrive on Muslims' blood? The Jews; Every tragedy that inflicts the Muslims is caused by the Jews."

More recently, Kutty downplayed the role Islam plays in motivating jihadists. In a Nov. 22 column in the Windsor Star, he blamed "mental illness" for jihadist terrorist acts, including that of Parliament Hill shooter Michel Zehaf-Bibeau.

"In fact, a few 'radicals' that I have counselled were diagnosed schizophrenics," Kutty wrote.

The report shows that , the RCMP fallen into the same trap as some U.S. law enforcement agencies in that have established close relations with radical Islamist groups who pretend to be moderate. The danger is that the RCMP legitimizes militant groups and radicals who should be shunned rather than dignified as respected moderate allies of the Canadian government in its war against war against Islamic terrorism.

By embracing Islamic extremists who masquerade as moderates, the RCMP effectively has ostracized genuine Islamic moderates in Canada who deserve recognition for their courage in speaking out against the terrorists.

JIHAD of the Tongue

I certainly hope that P.M. Harper has been notified of this by now... story has been circulating in many high-credibility websites under various titles throughout Canada. I live in Québec and our sadly elected P.M. Couillard is doing the same thing, except he's associating with Khomeini-doctrine sympathizers. How stupid can they all be? And they're paid on top of it. What a mess! The ordinary citizen could probably do a better job of this.