Editor's note: As a follow-up to her story and log illustrating the rash of anti-Semitism sweeping Europe, writer Abigail R. Esman interviewed Esther Voet, director of the Center for Information and Documentation Israel (CIDI). The CIDI is a Jewish human rights organization of the Netherlands. 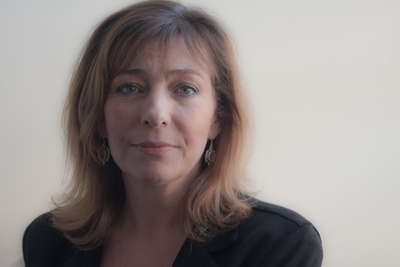 "I believe that everyone has his own fight in life," Esther Voet has said. "This is my fight." She describes running CIDI as her "calling."

From the start of the latest conflict in Israel-Gaza (known as "Operation Protective Edge"), the Netherlands' Jewish community has confronted numerous anti-Israel and pro-ISIS protests throughout the country that have dissolved into blatant anti-Semitism. Dutch Jews are being threatened in increasing numbers, and more and more of them are considering emigrating to Israel. It is a sobering development in a country that still celebrates the bravery – and mourns the tragedy – of Anne Frank.

Abigail R. Esman: There have been a number of attacks on Jews since the start of the latest Israel-Gaza conflict. Can you tell me more about what is going on?

Esther Voet: Anti-Zionism and anti-Semitism [are] one for a lot of people – and they are expressing that in many ways right now. There is particularly a lot going on on social media; some people in the Jewish community are receiving threats, including me, on social media. On the other hand, NL is not France, where there's really a huge problem.

ARE: And there was the pro-ISIS demonstration in the Hague, where people called for "death to Jews."

EV: There have been several demonstrations. There was one on the 12th of July in the Hague, and there was a more broad one later. The ISIS demonstration was last Thursday the 24th. They talked about a stone where a Jew was hiding, and the stone said "Kill him" – it's a passage from the Koran. And people were shouting, "Everyone says it's Zionists, but we know that it's the Jews, it's the Jews." I was there, tweeting in real time, and I called the spokesperson for the mayor about what was going on, and he said "if there's anything that goes over the red line we will do something," but they didn't do anything, already one hour into the demonstration. Absolutely appalling. Appalling.

Now, though, there is a juridical investigation, and a lot of the press is appalled by what happened there.

ARE: Have you been threatened?

EV: There have been some threats – and the police have given me help with some precautions. But I am not afraid of the people who are shouting. I'm afraid of the silent ones.

ARE: Is it all from Muslims? Or also Dutch Christians?

EV: We also have from native Dutch, but if I were to estimate, it's about 70 percent Muslim and 30 percent Dutch. It also used to be mostly Moroccans, but what I've noticed now is that there are also many Turks, which I call the "Erdogan effect"; for the first time, we've seen a lot of Turkish flags at demonstrations.

There was also one Moroccan rapper in Amsterdam who mentioned my name and that we were all allowing and approving the genocide, but I was in good company, along with the Minister of Foreign Affairs – his name was mentioned, too.

ARE: You testified at the Knesset about this recently.

EV: Yes - we went to the Knesset, along with several from European countries who are now in the frontline. And by the way, I was the only woman. I told them "I wanted to start with 'ladies and gentlemen,' but apparently I have to say only 'Gentlemen,' because there are no ladies around here." More women should stand up for these issues. But in any case, there were people from the Jewish community from France, Germany, Austria, and Hungary, who did not dare to say anything, they claim everything is okay in Hungary though we know it isn't. Also Great Britain. And there were some ambassadors there as well, including the Dutch Ambassador, to talk about the crisis right now.

ARE: Is it a crisis?

EV: Yes. Though I do need to say that the media in the Netherlands, although still not completely balanced, are doing much better than the crisis in 2009.

ARE: Was that as bad as this?

EV: In the press, it was worse. The thing is, now we have to deal with social media, which was in its nappy days in 2009. And the social media now is creating an environment that is so hostile that real aggression is around the corner.

ARE: But you often see that about Muslims, too, on social media.

EV: Yes, that is true, but to be honest, the aggression, the physical aggression is stronger. And look, it's easy. We are here with 30,000 or 40,000 Jews, and we have 1 million Muslims in the Netherlands. The Jews in the Netherlands are completely integrated, they work hard – some don't, but generally speaking. But there is a problem with integration of Moroccans and Turks in the Netherlands, especially Moroccans. And we are a very small population – yet we have an agency that measures discrimination, that follows all hate crime on the Internet in the Netherlands, and you will still find that in spite of the fact that we are the smallest group, we get the most crap. More than homosexuals. More than Muslims.

But again, I have to say: We are not France.

ARE: Do you think things in the Netherlands or elsewhere will become as bad as France?

EV: Today I heard from security agencies that the level of threats here could become the same as France. But for right now, we don't have mobs in front of the synagogue. We don't have as many physical attacks – for now. I still feel pretty safe. But I also said in the Knesset that the feeling that is living with the Jewish community is that it is not about "if," but about "when" there will be an attack.

But also, the Dutch society is completely different from France. We also have to deal with a different mentality here: the Dutch mentality is more tolerant. We Jews have been here for 400 years. If there is anything in the NL society that could hurt us, it is that people tolerate the intolerable. That is our weak point in the Netherlands.

And the truth is that in any country, an attack like Brussels or Toulouse could happen. This is why I say I am afraid not of the screamers, but the one lone wolf who wants his moment in time. And you can't stop that anywhere. You can't stop a boy who has been rejected by girls from coming into a school and shooting. So you need to have a mindset where you refuse to be scared. I categorically refuse to let myself be scared. I want to believe in an open, free Dutch society where I can still speak my mind, where okay, I may be the most hated woman in the country, but where I am able to do my thing.

What I do think is very sad, really very sad: is that when Geert Wilders talked about wanting "fewer Moroccans" in the Netherlands, CIDI and the Jewish community were so quick to condemn that. It reminds us of a period we don't want to be reminded of; but now with all the anti-Semitism that is going on, I have not heard from Muslim organizations yet. And that really saddens me.

And still, though, I asked a journalist today – where do the Arab Jews go, if Israel ceases to exist? Where do they go? And in a way, that's why it's almost ironic, really, that in Europe it's not so much anymore about the native anti-Semitism. It's about the imported anti-Semitism, Muslim anti-Semitism. Though we really shouldn't ignore the last European elections.

ARE: So overall, how threatened to the Jews feel right now?

Tolerance in general is a positive characteristic but over here in the Netherlands we take it way over the top, unfortunately. However, that is changing. There's a very important role for our media on this and other subjects and I truly hope they'll do what they're supposed to do: Tell it like it is, as objectively and factual as possible. There is some room for improvement there..

Good luck with all that you're trying to accomplish Esther Voet!

I am a Hungarian Jew, and I agree that anti semitism in Hungary is just as rampant, if not

more so than in Holland.

Let as condemn all of them.